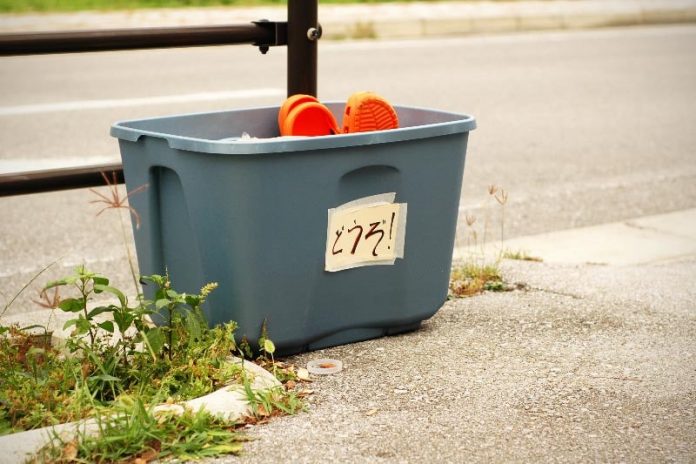 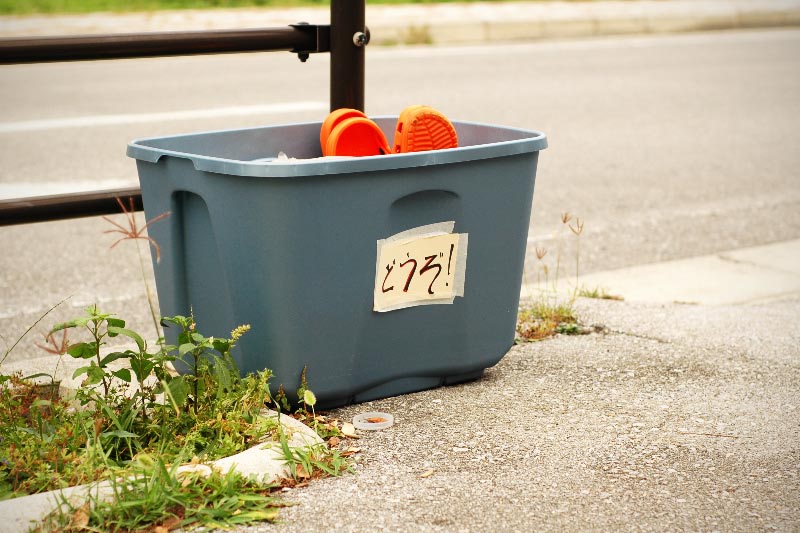 A couple episodes ago Sara suggested a Dozo Box as a way to get rid of big trash when you live off-base. A way to get rid of it without paying that is. A stroke of brilliance so bright and shiny that I went ahead and proper noun-ed the idea.

Behold my Dozo Box. Today’s box is less about big gomi and more about social experimentation. Will people in my neighborhood take my toss-aways? Furthermore what will they take and what will they leave behind? Please know that if I had the savvy I would rig up a video camera so we could watch the show. Instead I have included the contents of the box for your voyeuristic pleasure.

In other earth-shattering news…