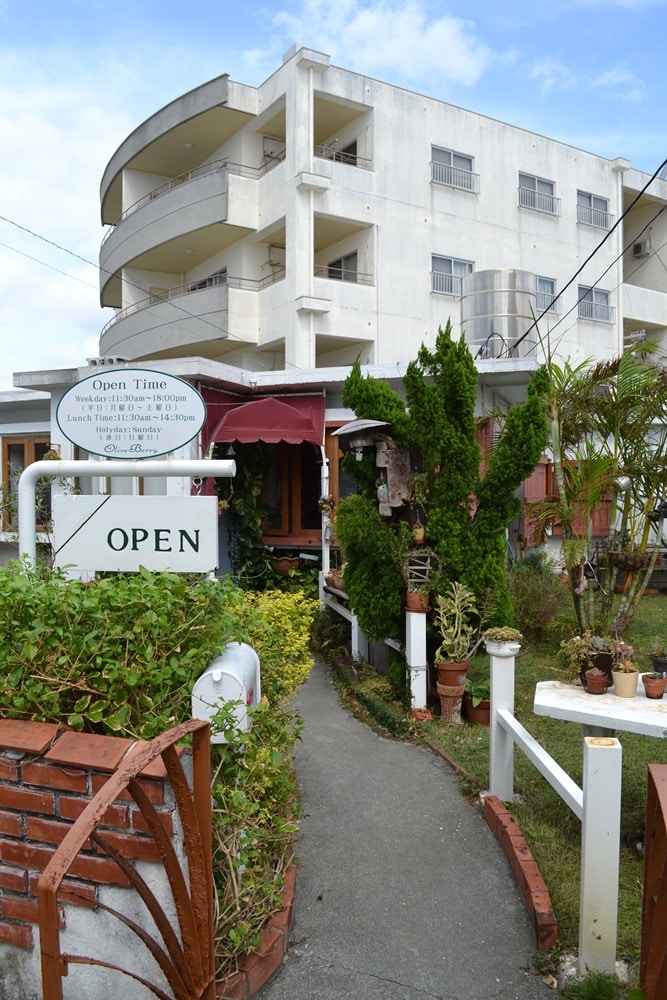 Sometimes, friends and acquaintances commend my “ability” for “just getting out there” and “finding” cool things to do or eat or experience. It’s flattering, but the reality is,  I’m just a master at getting lost, taking random left turns for no apparent reason, venturing out into random neighborhoods, alleys, swales (oops), and a handful of times, private residences…”Sumi Masen, yo!” OOPS DESU. The thing is, I’m low tech; armed with nothing more than my 2010 edition of the Okinawa (Eigo) Yellow pages. Which, I might add, has been on an equal number of occasions, both my savior and the bane of my existence—It’s 2013, y’all… Things change.  And I have an insatiable urge to look, know, smell, taste, try, and see EVERYTHING on this island while we’re lucky enough to be here. Call it wanderlust, FOMO, an inappropriate love of hole-in-the-wall eateries… Whatever.

In any case, some of my most favorite ventures involve meandering in and around the areas EV-ERY-ONE seems to “know” and frequent. So finding wee gems tucked away just far enough off the beaten path to be overlooked by the herd is most entertaining for me. Not to mention yummy!

It was just such a random “I’ve got another 30 minutes alone before I have to collect the kids” venture that I happened upon Olive Berry Café in Chatan.

Alright. I’m a sucker for quaint. And cozy. And “KawaiiiiiII” (one must squeal at least a little when saying this word).  Olive Berry is quaint, and cozy, and so stinkin’ KAWAIII!

Tucked away on a side street in Chatan just minutes from all the hub-bub of Sunabe, O.B.C. is a converted home tucked in behind a sweet little garden at the near end of a side street… 2.654 minutes from Kadena Gate 1. WHO KNEW!? Score.

A fellow Foodie and I went in for lunch two days after I initially discovered the place (and poked my head in…and bought a mini loaf of English Muffin bread that made me stand and salute the Queen’s Majesty when I got home and toasted it). They sell baked goods at the counter, but seem to sell out not long after they open—FYI.

We both ordered sets; which began with a veggie consommé. My photo doesn’t convey how simple, how flavorful, how sublime it was. A cup of comfort.

Next up was a small green salad (what WAS that dressing?! Yuzu…Shallot…UMAMI?!) Accompanied by a tantalizing slice of benimo tarte (quiche-like, but not too “eggy”) and mizuna greens rolled in country ham with a grain mustard sauce.

My Friend had the “Lunch Plate,” which included a few “tastes,” including their curry rice, salad, and house made accompaniments (which change regularly). The toasted pumpkin seeds  we thought were a brilliant addition to the mild Japanese style curry.

I ordered the “Okinawa Style Crab Pasta.” It. Was. Wonderful. The menu described it with a cream sauce; but it was delightfully light—yet rich—and tasted like crab. I mean, it tasted JUST like fresh crab. The “Okinawa” influence, I think (aside from the freshness of the sauce) was that the “pasta” was soba noodle. It was divine. Plate licking good. I totally would’ve put face to plate had I been alone. There are several pastas on the menu as well as a full size curry entrée set, among other things.

The sets come with tea or coffee, but you can opt to add dessert for an additional 200 Yen. Need you wonder? We opted for dessert.  The sampler sweets were delicious and well executed; not ground breaking in their creativity, but truly tasty and pleasing nonetheless.

Olive Berry also makes lovely fresh fruit smoothie drinks and juices which can be ordered with a meal or on their own.

I love this little nook. It’s a wee sanctuary of yummy quiet just minutes off the “strip.”

Directions: left out of KAB Gate 1, take the first right then the first left (there is a purple building—a housing agency, on the corner) follow that side street 3 or so blocks south. The café will have a sign in front, limited parking (you CAN park on the street, just be sure to minimize your use of space for others). For those coming from 58, turn at U-Time/Pizza Inn/Joy Karaoke intersection just in front of Gate 1 KAB.