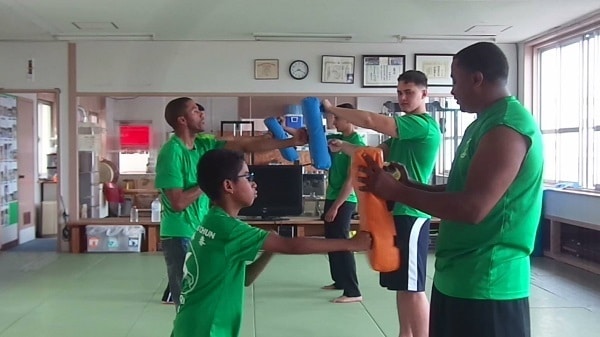 After years of growing up watching Bruce Lee movies, like every kid, I always wanted to learn how to do what he did. Later, I learned that Bruce Lee studied Wing Chun (Ving Tsun) Kung Fu and was a student of Ip Man (Yip Man). This instantly began my search to find an authentic Wing Chun Kung Fu School on the island. That’s when I found Applied Wing Chun Okinawa. At the time, I think it was the only certified Wing Chun School on the island. I contacted the Sifu (Instructor) even before I moved to Okinawa. After my arrival, I immediately began taking classes. Now, 4 years later, I must say it’s been the best experience I’ve had on the island. 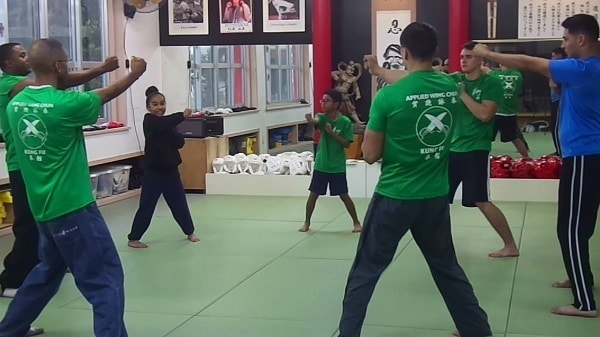 Sifu Banks is a former Kumite Champion and Professional Fighter. With nearly 3 decades of martial arts experience, he’s a long time student of Applied Wing Chun and previously taught in San Diego before moving to Okinawa. What I appreciate most about Sifu Banks is his practical approach to a 200-year-old martial art. With the popularity of mixed martial arts and other modern combat sports, he taught me how to apply it in the 21st century in the ring or in the street for self-defense. In fact, he helped train me for the kickboxing match I won last year, but that’s another story.

The class environment is very family friendly. It’s a small group, so everyone knows each other and it feels like family. We eat together and enjoy smoothies after class sometimes. During class, however, it’s an intense workout hitting the heavy bags, punching and kicking pads, and numerous other training drills including Chi Sao (Sticking Hands). I’ve studied martial arts for a long time and have been to half a dozen Wing Chun schools in the states and overseas; this one is the real deal. It’s all 100% real traditional Ip Man Wing Chun Kung Fu. There are programs designed for both kids and adults, private lessons, seminars, and workshops. Just contact Sifu Banks for more information. 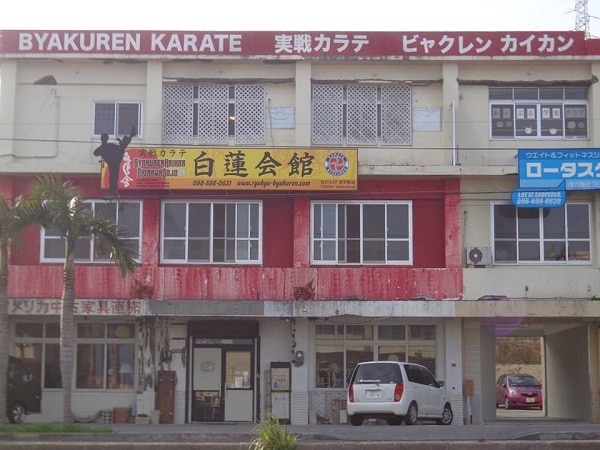 Location: Class meets at the Byakuren Karate Dojo, 2nd floor, on Rt 58, just north of MCAS Futenma Main Gate. If you’re traveling south on 58 from Kadena or Foster, it’s about 6 buildings before the stop light to MCAS Futenma Main Gate. It’ll be on the left and you’ll see a large red and white sign above for Byakuren Karate. Parking is in the front of the building and in the back.