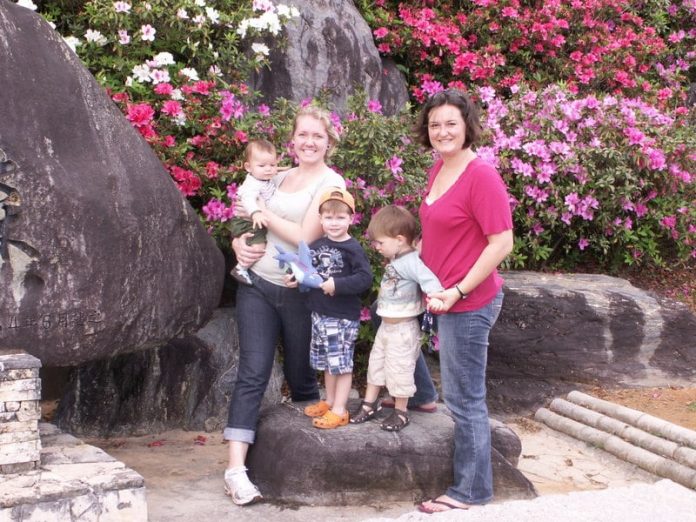 This post was originally published on March 14, 2008. Because it’s azalea season again, we’re pulling it out of the archives for our newer readers to enjoy… with updated information from one of our readers!  The festival runs throughout the month of March. 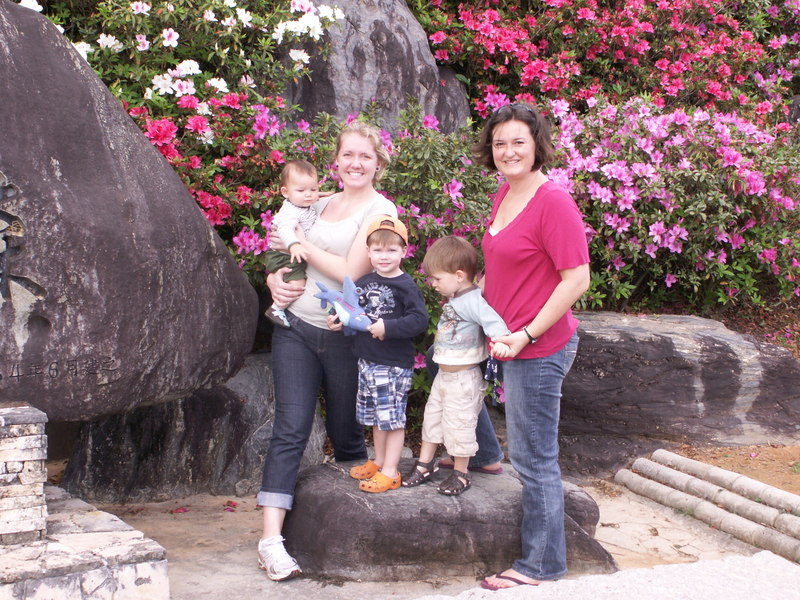 So, they aren’t my favorite flower.  They’re too bushy for me and for some reason remind me of old people.  Not that I have anything against old people. In fact I have a number of them I love dearly.  None the less, azaleas are not my favorite.  But I’ve seen some pix of the whole hillside up in Higashi Village covered in azaleas and I have to admit it’s a right decent photo op for sure!  If this rain goes away, you may want to consider a bit of a drive up that way…The Azalea Festival (Tsutsuji) runs from March 9 to 23, 2008.  There are activities planned for the weekends, but still plenty of viewing (48k bushes???) during the week.  This weekend there are canoe rides through the mangrove trees (1000-2000 yen) and next weekend Okinawan dancing & Shisa dancing.

*** {Edited to include from comments}

Just got back from a FULL day out. Was a lovely day and the flowers are gorgeous. And there are LOTS and LOTS and LOTS of them. There is a path that winds up and down and around through the bushes. Lots of food to buy and *big surprise* azaleas!!

Also would recommend stopping to walk around the mangroves before you get to the Azalea park. You’ll cross over a bridge just a mile or so before the Azaleas and right after it on the left there is a small park and you can see a brown pathway that is built out into the water. It’s a nice long walk around through the mangroves.

ALSO, right across from this little park there are lots of signs that direct you to turn for strawberries. If you follow the red signs (strawberries pictured on the bottom) it will take you to a farm. I’m SURE that you can pick your own, but my sign language evidently asked the guy to pick them FOR us, so after sitting and waiting (we expected to be called back to pick) the guy brought us out the 4 full containers we’d asked for — he picked them for us. Sigh. 300 yen for each container & fairly yummy. 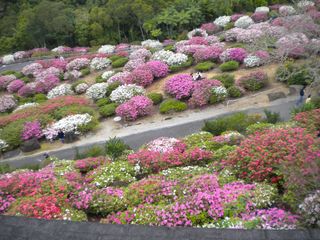 A quaint coastal town that highlights the year each spring by their annual Azalea Festival.

What to expect:  Mostly paved pathways with a few optional dirt trails—definitely stroller accessible–on  rolling hills covered with thousands of colorful Azalea bushes. There will be stairs leading up to the lookouts and a couple of bridges crossing over a shallow creek.   Picnic tables are available if you’d like to pack a lunch or take in the local cuisine at one of the multiple food vendor booths (a bit pricey).  A Farmer’s Market is located in the outer/upper parking lot area where Azalea bushes of all shapes/sizes/color are ready for purchase.

**If you’re daring enough and not too worried about losing your kids, the tiny trails between the bushes offer a maze-like wonderment for the kids to explore. 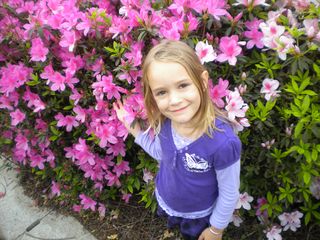 Dates/Times: 8:30am – 5pm daily.  The final 2 weeks of March are the optimal times to travel up the east coast of Okinawa for a visual “treat” for the eyes.

Directions:  Hop onto the Expressway, head North to Nago. Exit at Ginoza, 2nd to last stop heading North.  Turn left onto Rt 329, through Ginoza andtoward Nago (don’t be confused, you will NOT actually go to Nago, but the signs lead you that way).  Continue on 329 past Camp Schwab Gates 1 and 2 on your right.  You’re about ½ way at this point.  Just past Camp Schwab you’ll make a right turn onto Rte 331.  It is clearly marked with road signs. This road will twist and turn along the coast up and down through many villages—a visual treat in itself. About 30 minutes later you will reach Higashi.  About ½ mile into the village you will see a sign directing you to turn left to the Azalea Forest Park. (The hiragana for that looks like 2 backwards “C’s” and a backwards “J” with two little apostrophes…)  Take the left over a bridge up the hill surrounded by Azalea bushes on both sides and you’ve made it. 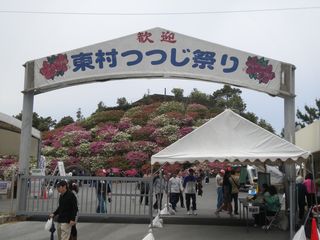