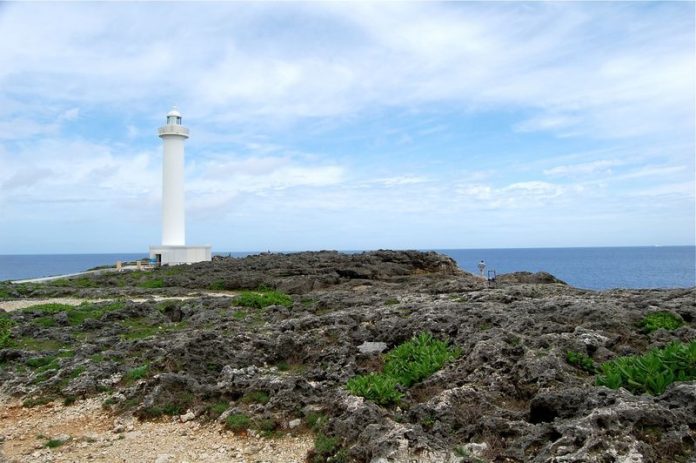 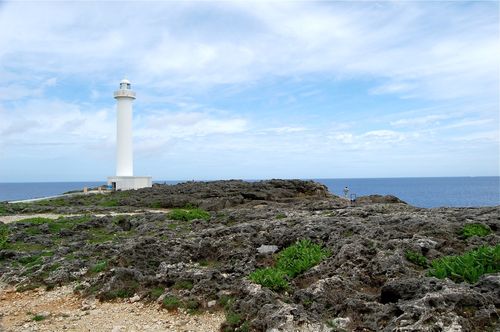 It was a bright sunny day.  The kids and I were ready for adventure.  We got into daddy’s new car, pulled out the map we got from the Schilling Center, and picked a spot not far from Kadena.  At first glance Zanpa Beach caught my eye. So we headed out for our first real off-base adventure.

At that time we were fairly new to Okinawa, so staying close to the base was fairly important.  Not to mention we were heading off-base for the first time without my husband.  It was a bit nerve racking going out alone with two children in a foreign country.

Following the map, it was a straight shot and we drove on main roads almost the entire way.  After arriving at the beach we immediately noticed a lighthouse up ahead and decided to check it out instead of going the beach. None of us had ever been inside a lighthouse before so this would be a new experience for everyone!  Isn’t new discovery the point of an adventure after all? 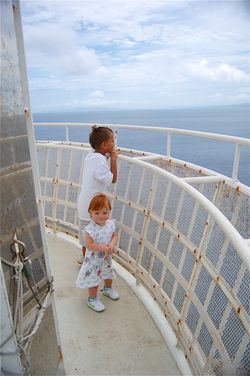 Tickets to go up to the top of the Zanpa Lighthouse were very cheap. There was a small museum on the main floor which we walked through on our way out.  The walk up the old metal staircase was hot, to say the least.  Had it been humid that day, I might not have made it to the top.  It was almost hard to breathe, but that may have been due to lugging the baby, the purse, and the camera bag.  No matter what it took to make it up those steps, it was worth the effort.  The view was incredible.  A gust of pure ocean breeze cooled us the second we stepped out the tiny, little door. The three of us were in awe.  The children were silent for a few moments, just long enough for me to take in a bit of serenity.  With bright blue skies and calm waters it was breathtaking. 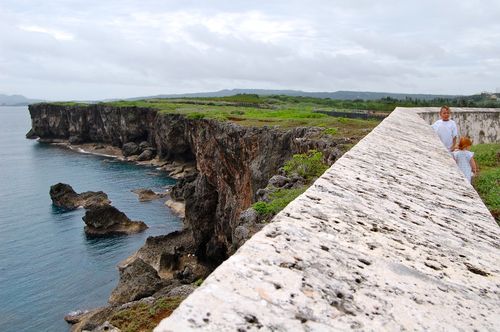 After walking through the museum we ventured out onto the walking trails that are scattered throughout the area.  We noticed these pathways from above, but were unable to see how far they went.  Of course you will have to walk them to discover for yourself what lies at the end of each path.  What I will tell you is that we found many treasures along the way.  Nothing we could take home in our pockets, but treasures that will remain in our hearts and minds forever.

In the parking lot stood an old Okinawan man with his bike and a bag. Approaching our car he pulled a lunchbox from his bag and opened it to offer us some sort of food.  Politely, I refused.  He insisted, so I offered him money, he then refused and pointed to the way out.  We thanked him and left bewildered by what had just happened.  Not a minute had passed when my son yells “Stop mom, a petting zoo”!  Who knew? He was offering us food for the animals. One of the first Okinawan people we met on the island and what a kind and generous person he was. 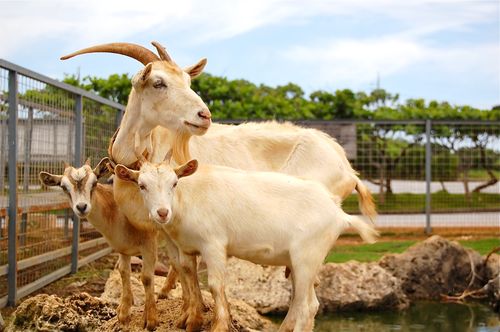 Something is always lost in translation when first arriving on the island and not knowing the language.  One thing is certain, between the sightseeing and the down to earth people, this is one spectacular place to be stationed. 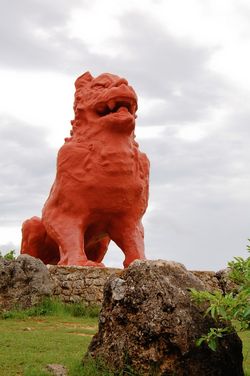 Directions: Take Hwy 58 northbound to Route 6. Turn left on route 6 and follow signs to Zampa (Zanpa) beach and lighthouse. Road will take you right next to the beach and dead-end 1/2 mile later at the lighthouse/park area. You’ll see the large red shisa on your right. Parking available here and along the road just after and before the beach.