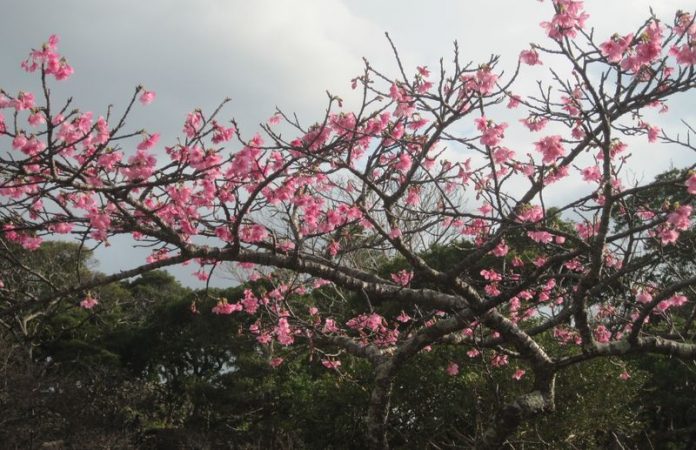 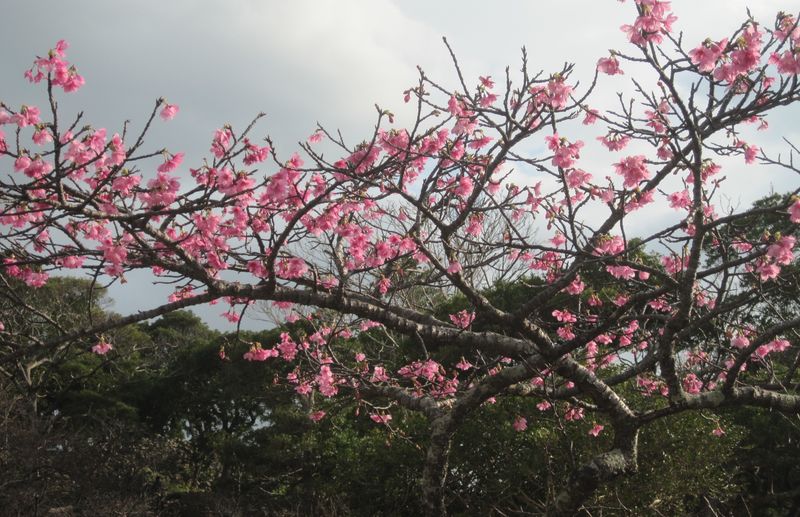 Back in the states, I remember going to places like Macon, Ga., and Washington D.C. for their Cherry Blossom Festivals.  Then there were the other places that also had these beautiful blossoms—San Diego, L.A., Philadelphia, Seattle, New Jersey, and New York.  Last year, we were blessed to finally move to Japan, the place where the cherry blossom or ‘sakura’ is the unofficial national flower.

It’s seen in paintings, written about in poetry, sung about in songs, and is on the 100 Yen coin.  It is obvious that the Japanese people love this flower. Cherry Blossom Festivals are held all over Japan in the spring.  The Japanese have Cherry Blossom parties or hanami parties where people eat, drink, and sing the day or night away. These parties were held as early as the third century!Yes, these blossoms are indeed beautiful, but what’s the history to sakura?  Here’s what I found:

Sakura is thought to have come from the word Sakuya, which means blooming and there are many legends about the cherry blossoms – from the princess who glided down from heaven and landed on a cherry tree to the farmer and his dog.  Both stories may be found in the links below.

In the 8th century, the sakura had gained popularity with the aristocracy and was originally limited to the elite of the Imperial Court, where they would write poetry, compose music, and create works of art under the tree.

However, it soon spread to the Samurai society and they compared the flowers’ short lived blooms to their own willingness to sacrifice their lives at any time for a just cause.  It is said that during the Kamakura Period, a Samurai going into battle would not continue if the only way through led over a path covered with cherry petals. He considered it desecration to walk on the blossoms.

In WW II, cherry blossoms were painted on the sides of planes before embarking on suicide missions for it symbolized how short life was.  Falling cherry petals came to represent the sacrifice of these missions to honor the emperor.  The government even encouraged the people to believe that the souls of the downed soldiers were reincarnated in the blossoms.

By the end of the Edo period, the celebration of the cherry blossoms spread to the common people as well.  The sakura was seen as a symbol of agricultural prosperity, where villagers would celebrate under the trees in hopes that by doing this, they would have a bountiful harvest.

These trees have been offered by Japan as symbols of peace to many countries of the world.  Japan gave 3,020 cherry blossom trees as a gift to the United States in 1912 to celebrate the nations’ then-growing friendship and over 1,400 trees were planted by the remains of the Berlin Wall.

One more tidbit I found is that the road to the top of Mt. Yaedake, Okinawa’s second highest point, is lined by over 4,000 cherry trees that were a present from the U.S. military to the people of Motobu town.

Other beliefs: Some Japanese believed that a natural energy flowed from the sakura because of their quick transformations from white to color.  People felt they could tap into this power and even receive positive medicinal effects by spending time under the blossoms.  In weddings, a special tea is prepared with salt preserved cherry petals, which open when steeped, ensuring the happiness of the couple.

Learning about the history and importance of the Cherry Blossom to the Japanese people allows us to better understand the culture we live in here.  As you travel around Okinawa and see these beautiful flowers, think about what they represent and remember that like the life of a cherry blossom, our lives and the lives of those we love are just temporary—so make the most of every second!