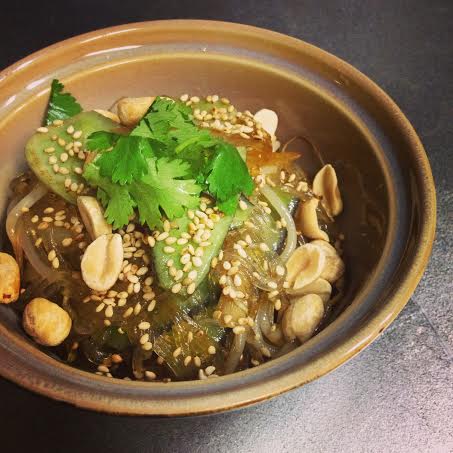 I’m enamored with the array of purple vegetables that I find in Okinawan farmer’s markets. One such delight is the fujimame (フジマメ), but it is also known by several other names including hyacinth bean, dolichos lab-lab, pharaoh bean, Egyptian bean, Indian bean, and Chinese flowering bean. It’s no surprise that this bean gets around, considering its beautiful appearance and crisp texture. 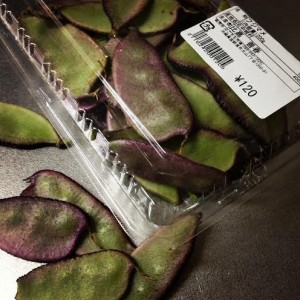 Fujimame resembles a wide flat snow-pea pod, so I featured it in a quick stir-fry. 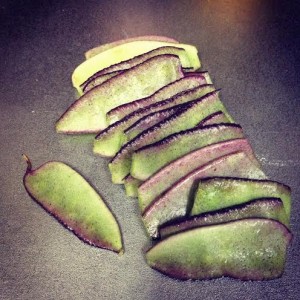 Having recently acquired a wealth of glass noodles from departing friends, I felt that they would be a good match for this stir-fry. Glass noodles are made from starch and are sometimes called cellophane noodles or bean threads. They look similar to rice noodles, except that they turn clear when cooked. 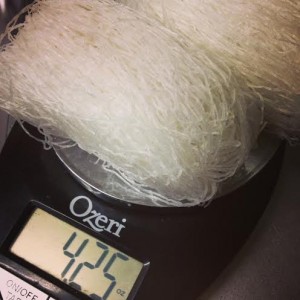 Bring a pot of water to a boil, remove from heat, and add the glass noodles. Soak the noodles in the hot water for 8 minutes then drain into a colander. Run cold water over the noodles and use some kitchen shears to cut the noodles into smaller pieces. This doesn’t need to be perfect. Once the noodles are cooled and cut, mix in the sesame seed oil to prevent the noodles from sticking together or drying out.

In a large skillet, heat the ghee and add the onion, ginger, and garlic. Sauté for two minutes, stirring occasionally, then add the fujimame and bean sprouts. 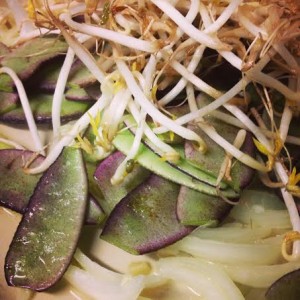 Once these have been cooking for five to seven minutes, add the brown sugar and soy sauce. Toss in the noodles, mix well, and transfer to bowls. Top with toasted sesame seeds, peanuts, and cilantro. 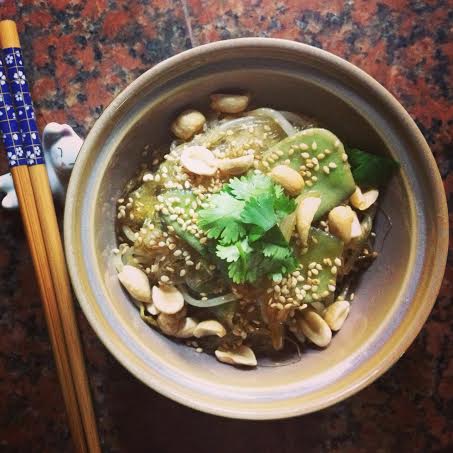