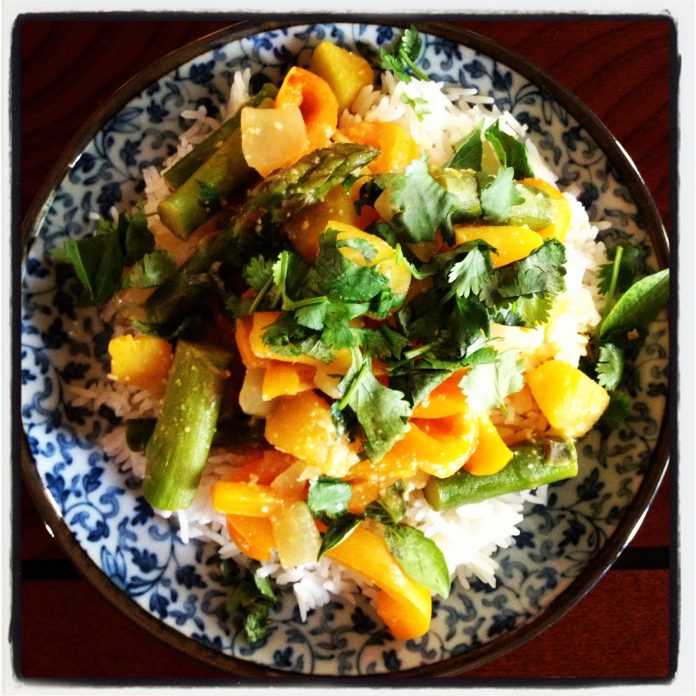 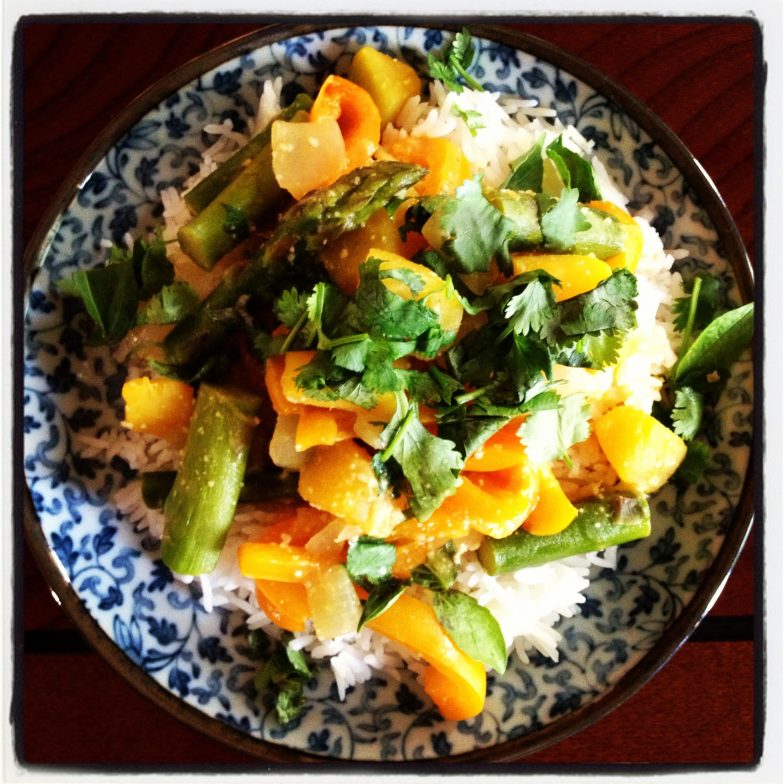 Kabocha (カボチャ) is a winter squash, but it’s often called Japanese pumpkin. I remember seeing it occasionally in the states, but never tried it until we came here. It’s delicious and holds up well in a curry sauce. The word kabochayarou means a man with an unattractive, unusually-shaped face, much like this kabocha squash. 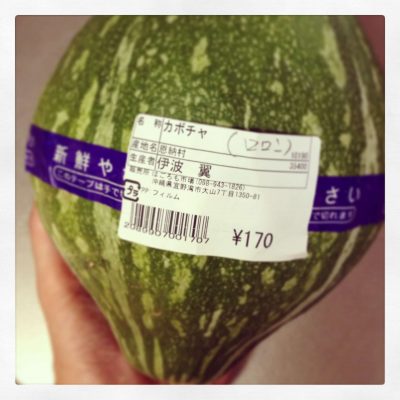 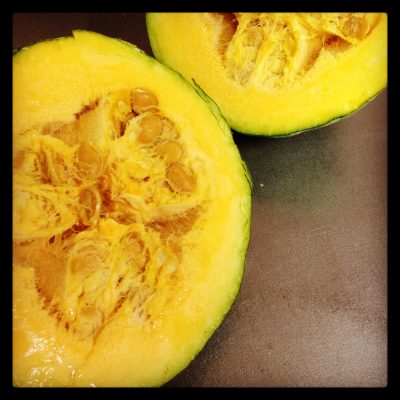 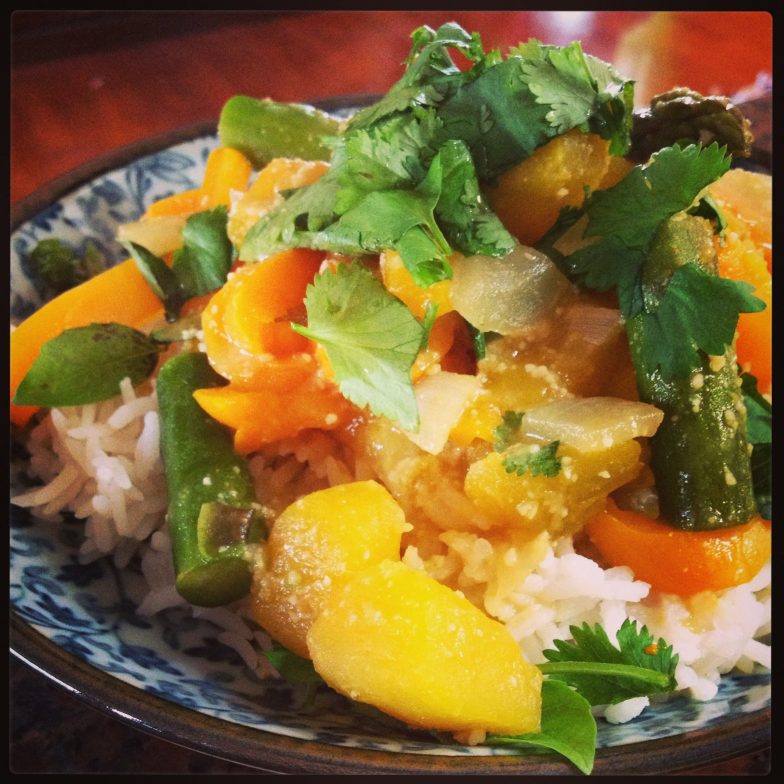