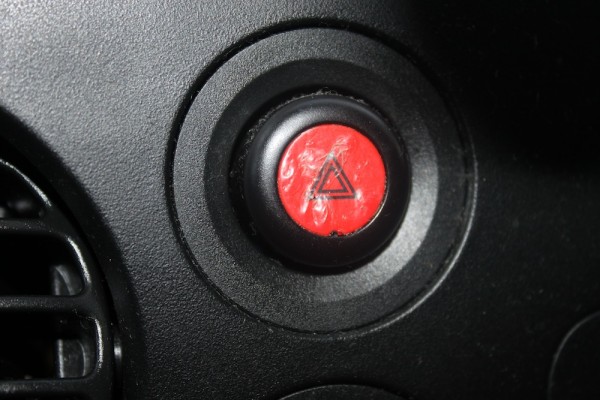 When we arrived on the island my husband was beyond eager to purchase a car. I was 34 weeks pregnant and we both wanted to nest as soon as possible. The first car my husband tried to look at was purchased right in front of him. The guy who raced my husband down the steps of the West Pac was apparently also looking for a van and swooped in and bought the vehicle two steps in front of us. The guy selling the vehicle told my husband, “Sorry. I thought he was you.”

So when a second vehicle came our way my husband took it on a test drive and then promptly bought it. He proudly came home with the van and handed me the keys to take a look. The very first thing I noticed was the hazard signal button. It was beyond worn in. In the States the only button on used vehicles that is in pristine condition is the hazard button. Oh great babe I thought.  You just bought us a LEMON.

Thankfully for us, that has not turned out to be so! We have owned that car for over a year now and other than the regular oil changes and replacing of windshield wipers our van has been great to us.

So why in the world does it have such an ugly hazard button?  Okinawans use their hazard buttons much like a thank you wave or an I’m sorry wave. Start to pay attention on your morning commute. If someone cuts you off or if you let someone in they will hit their hazard button and you will get a “thank you!” flash.

Thank goodness our car was not a lemon and instead was just owned by a courteous person who liked saying thanks. So get to using your own hazard button and spread some love and thanks around the island!