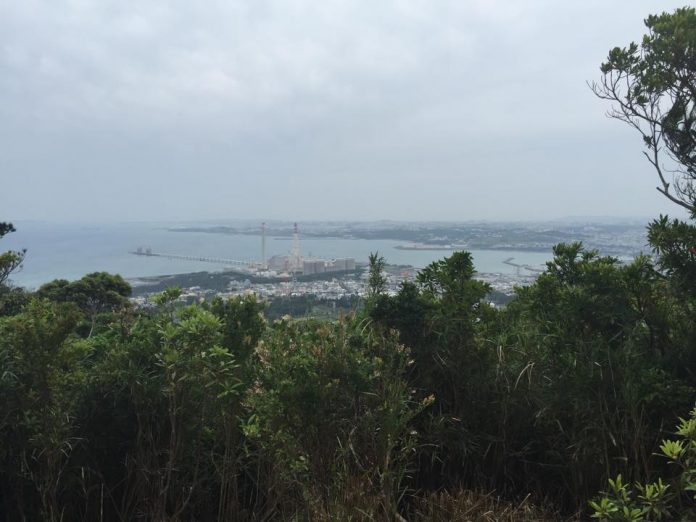 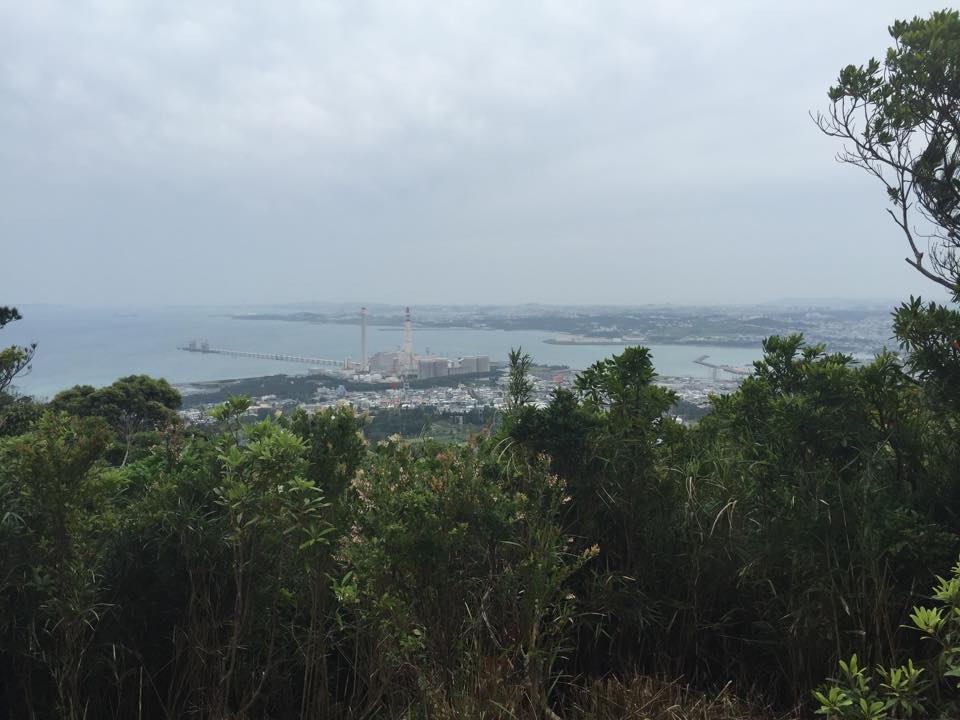 The trail begins with a wooden stairway built into the side of the mountain. As you continue to climb, you will come to a three way intersection of trails. We chose to take the trail towards the left to begin with, and I am glad we did. At first, we walked along a narrow path through thick vegetation. The trail took a turn and we began to make our way down the mountain.

For any of you geocachers out there, there is a cache hidden along this piece of the trail about 15 meters to the right of the path. As we continued to descend, the trail became more rocky and more steep. We started to hear what sounded like running water. At this point, we had to semi-rappel to continue down the mountain. There are ropes tied off with knots along the most steep and slippery areas. 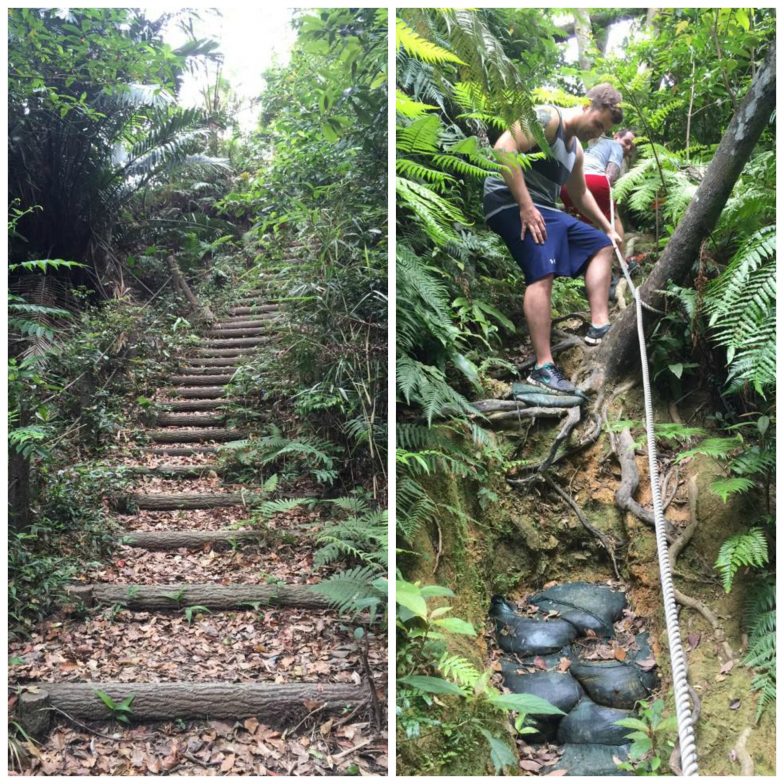 When we finally made it to the bottom, we came across a gorgeous creek and small waterfall. We climbed along the rocks, up the side of the waterfall and followed the creek back up the mountain. Along the way, we came across dragonflies, butterflies, fish, birds and lots of mosquitoes. This part of the trail is wet, slippery, and rocky so small children would likely not be a great addition to your crew. 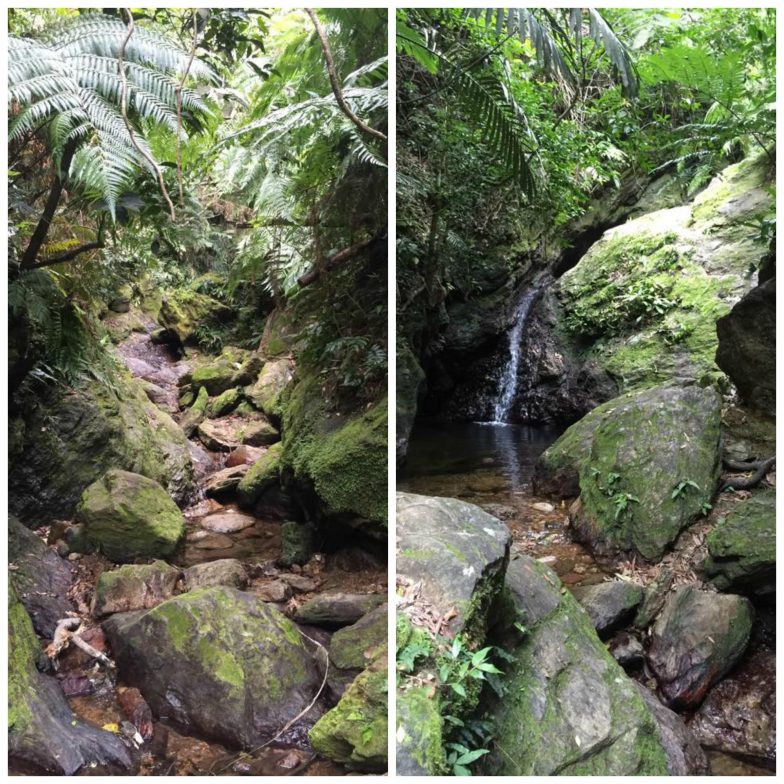 As the creek began to disappear, the trail incline increased and more helpful ropes appeared. We came across a flat clearing with several ropes tied to a tree branch. We took a break here, and spent some time swinging and climbing up the ropes. After some fun photos and laughs, we continued uphill. At the end of a vigorous climb, we once again came back to the three way intersection. The trail we had taken, originally to the left, was now to our right and we were looking straight towards the section of trail we initially hiked up.

We then took the section that leads to the top. As you are first hiking in, this will be the trail on your right. Since we took the longer loop to begin with, it was now on our left hand side. This part of the hike is about 200 meters of moderate climbing with some pretty steep areas. There is quite a lot of bamboo along this part of the trail, offering great photo opportunities. As we continued to climb, we started hearing and feeling the wind pick up. When we arrived at the top, we were blown away by the incredible views of both the Pacific Ocean and the East China Sea. From here, there is an additional trail that we chose not to take, since we had already been out for about three hours at that point and the weather looked to be starting to change.

Because of the diversity of this hike, we definitely plan on returning. The views at the top were beautiful, but the waterfall and creek were truly the highlight of this adventure.