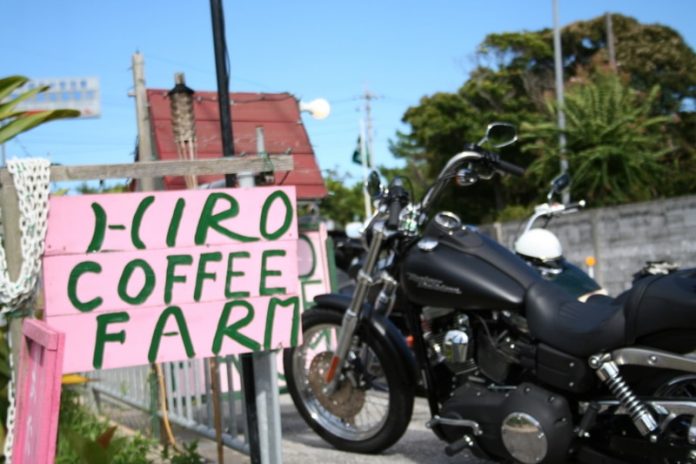 I’m back on caffeine. Well, I’ve been back on caffeine, but now I am actively searching it out and dragging along my husband and baby Gabe in pursuit of my addiction. About two weeks ago we went to a place called “Good Company”, a shop where they roast the beans up for you fresh while you wait. (More on that next week.)

Not a couple days later, I heard from a friend about Hiro Coffee Farm, a place way up in the northeastern countryside where this guy, Hiro, lives with his family and grows beans the way he learned to on his uncle’s farm in Hawaii. He’s got a little coffee shop there and chickens and everything. When my friend told me that Hiro actually gave him a coffee plant, that was it. We were there.

It took a couple of hours to get up to his farm, driving on the expressway, through the mountains and up the coast. Gabe was cool and snoozing in the back. We passed scenery like this: 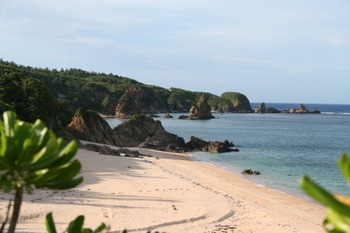 And this: (my artsy shot) 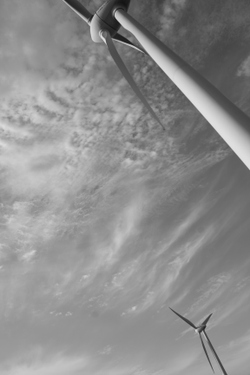 Actually, all that was on the way back (we drove all the way north, and back down the west of the island), so I’m kind of lying. But, still, it was part of the trip. Finally we got to Hiro’s. 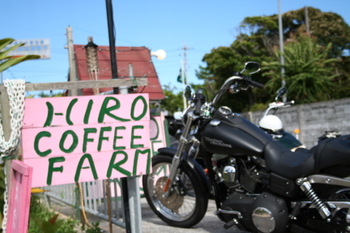 We poked around for a bit. Hiro’s consisted of a couple little open air shacks and a picnic table or two. Still, it somehow managed to be a magical, otherworldly place. Maybe it was the wind chimes. Or maybe it was something in the coffee. Anyway, peace and tranquility just kind of melted over me there. And my husband too. It’s one of the few places he wasn’t ready to bolt out of after emptying his glass. So they must be doing something right. Here’s Hiro: 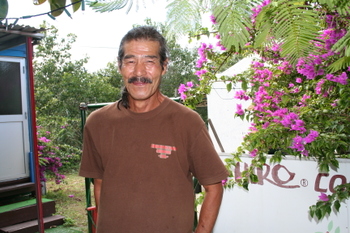 Here’s his coffee. (Note how you get a whole pot! There’s a potwarmer by each table so your coffee stays hot. Love that.) He has 1000 trees on his farm, which has been there for about 20 years. He roasts it right there too, so the whole place smelled umm ummm good. 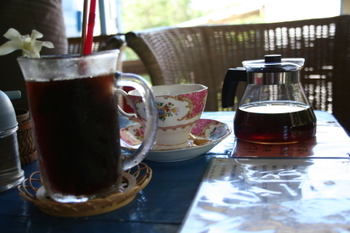 Here’s the inside of one of the little coffee shanties. Check out the floor covered in coffee beans. Paradise…. 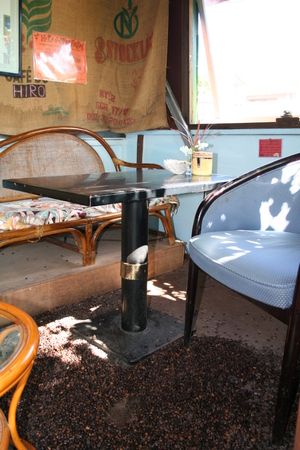 One of the chickens that was strutting around. 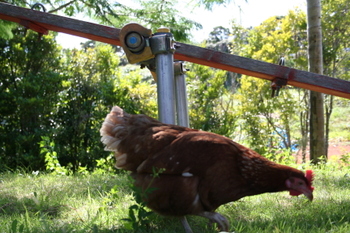 And a random colorful shot: 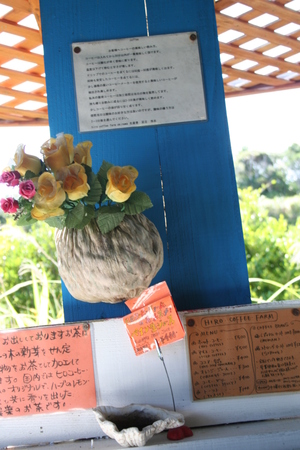 After we drank our coffee, I wandered around and took pictures, watched Hiro’s son at the roasting machine, and wrote a little something in the guestbook. Meanwhile, my man and my babes stretched out under the shade of a tree and caught a cool breeze. This is Hiro’s daughter and granddaughter. They were so sweet with Gabe and let him join in on their game of ball. 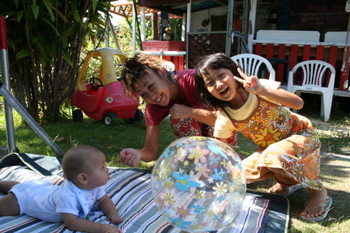 Going places like this fills me with admiration for all those people out there who, out of little more than sheer creativity, can create these special little pockets of beauty that make the world just a little bit better. Maybe that’s a cheesy sentiment, but (in addition to coffee), I like cheese. And Hiro and his family blessed our family with their serene little oasis and gave us a sweet Sunday adventure.

They don’t serve food & there isn’t much in the way of restaurants on that side of the island, so I’d recommend bringing snacks/going on a full belly. They do sell freshly roasted coffee grounds though!

Go north on the expressway until it ends in Nago. Continue north on 58. You’ll pass through Nago. Turn east onto Rte 9. It goes over the mountains to the east side of the island and becomes 331. At the end of the road make a right onto Rte 70 (Higashi Village). I don’t know how many miles it is, sorry, but when the road veers left and you see a Takae Forest Ranger sign (you’re in the northern training area now — past Takae elementary school and before Arakawa Dam) look for the pink sign that says Hiro Coffee Farm. It’s on the right side of the road.

EDITOR’S NOTE: Please read through the comments below to see RedBear1961’s comments for very precise directions getting to and from Hiro’s.  Thanks Jeff!