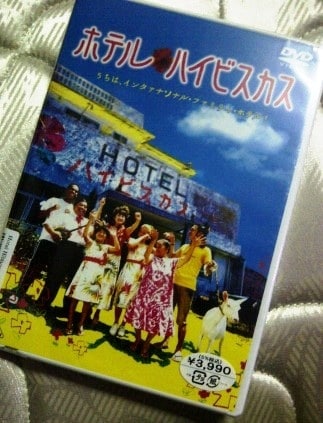 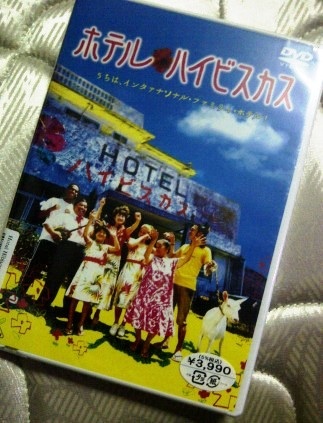 Mieko is a feisty, determined and opinionated little girl who is on a quest to meet a Kijimuna.

Although she initially dismissed the rumors about its existence, the elementary school girl is now determined to look for one after she experienced a sleep paralysis (because, you know, playful Kijimunas sometimes sit on you when you are sleeping).

And so begins the excting adventures of the little Okinawan, which leads her to many places on the island, in the movie Hotel Hibiscus (ホテル ハイビスカス).

Released in 2002, the movie features the life of a madcap family living in Okinawa and running a small and quaint guesthouse, which can only take one guest at a time. When Mieko is not out exploring with her friends, she is helping out with the chores at home or participating in fun family performances with her grandmother, parents and half-siblings at the Hotel Hibiscus.

While bringing a bundle of laughs, the comedy also highlights distinct aspects of Okinawan living, and introduces audiences to many of the nuances and quirks that are only unique to Okinawa.

It lets you know that pig’s feet is a delicacy of the island, gives viewers a peep into the American presence on the island and showcases other curious local customs and traditions. It will make you want to find out more about the things you seen in the film, like when Mieko “lost her spirit” and her grandmother had to borrow the power of the holy bathroom guardian spirit while her dad goes off in search of her lost spirit before the dogs eat it.

However, don’t expect to see much of the famous landmarks of Okinawa, other than the sight of the beautiful beach. But there will still be plenty to keep you fascinated.

I was intrigued by a scene where Mieko visits a house on a huge banyan (also known as gajyumaru) tree. I asked around (and also with help from Google and Google Translate) and found out that the grand tree is actually a part of a Kannondo (a sacred site) located in the area of Kushi in Nago. I’m really tempted to pay it a visit to see it for myself.

As much as I enjoyed the scenes on the screen, what I like most about the movie is the after-effect it had on me. It made me want to learn more about the island, whether in terms of the Okinawan culture and beliefs, or looking up the actual locations of where the moive were shot, or just to ask around and find out if the movie portrayed Okinawa and its people accurately. Hotel Hibiscus left me with a bit of a better understanding about the island but it still leaves plenty of room for curiosity to be fulfilled.

Hotel Hibiscus can be purchased online through YesAsia and CD Japan and Amazon Japan. (Please note that the DVDs are classified as Region 2.)

And can I just add, it felt really triumphant to be able to navigate a DVD which is entirely in Japanese. I never thought I would get a sense of jubilation from being able to figure out how to turn on the English subtitles on a DVD. 🙂