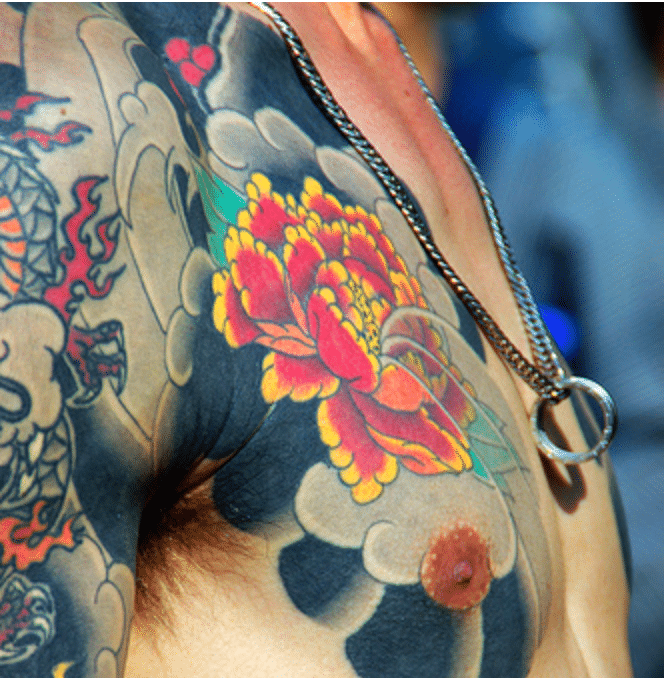 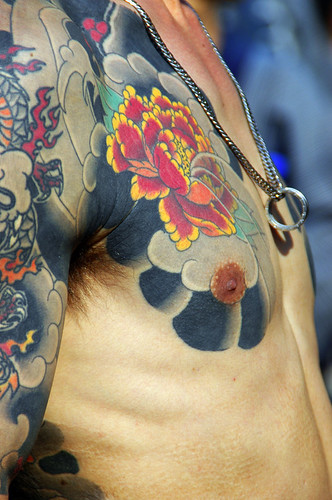 I just spent a delirious hour clicking hither and yon on the internet finding out more and more about tattoos in Japan. Friends, there is much to be learned!

I really only meant to try and understand more clearly why tattoos are banned in some public places like baths and water parks and places where one might bare their well-inked flesh. I knew there was a connection between a tattoo and the yakuza.

I didn’t figure out the connection.

However, I did learn that tattoos or irezumis or horimono have been BIG here long before the United States was a bunch of united states. And later, say thousands of years, tattoos were banned for reasons related to wanting to make a good impression on the world. An un-tattoo-ed impression anyway. And then after WWII, tattoos were legal again and it seems perhaps that it was then that the Yakuza and the tattoos became synonymous with each other.

Please, forgive me for butchering tattoo history. I can barely remember what I did ten minutes ago so my ability to make sense and accurately synthesize all the information, credible or not, is bad, bad, bad.

But you have fingers, go forth and look at pretty pictures HERE and THERE and EVERYWHERE.