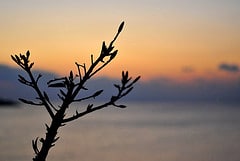 Keiro no hi, the Autumnal Equinox Day is celebrated on the third Monday of September; this year it falls on September 19th; Shubun no hi is on Thursday, September 22nd. This post was originally published on September 18, 2009, and is being republished in time for these two Japanese holidays in 2016.

This weekend welcomes Japan’s first Silver Week holiday; it’s a long weekend holiday commencing today and ending on Wednesday. Due to a new law that was passed in 2007, any working day that falls between two national holidays automatically becomes a national holiday also, at least for that year. This year there happens to be such an occurrence: Respect-for-the-Aged Day (Keiro No Hi) on Monday 21st September, and Autumnal Equinox Day (Shubun No Hi) on Wednesday 23rd September.

Respect-for-the-Aged Day, a national holiday since 1966, is held each year on the third Monday of September. It was initially celebrated by the people of Hyogo Prefecture, who proclaimed September 15th Old Folks’ Day (Toshiyori No Hi), but the idea quickly caught on and was eventually adopted under its current name as a national holiday.

Being a relatively new holiday, traditions and customs associated with Respect-for-the-Aged Day are fairly vague, but smaller communities tend to host some kind of special event in honor of their senior citizens. When I lived on Yoron Island, for example, the village in which I lived hosted a live show for the elderly. Children and adults alike (myself included), were asked to perform a dance, song, or comedy act. In larger towns and cities, young children might draw pictures or make small crafts for their grandparents or elderly people in nursing homes. On a grander scale, Japanese media report on the population and in particular, those amongst it who are the oldest. 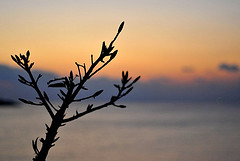 Autumnal Equinox Day not only marks the changing of seasons but in Japan it is also typically a time to pay one’s respects to deceased family members. The term high refers to the seven-day period leading up to and ending the equinox (the springtime equinox included). Traced back to Buddhist origins, higan means “the other side of the river of death,” meaning that we live on “this” side of the river, and the souls of our dead ancestors have passed on to the other side. During Obon, these deceased souls come back to visit their families, but during the higan period (starting three days before and ending three days after the equinox), visits from those on the “living” side of the river, are made instead to loved ones’ gravesites. Respects are paid in the form of prayers, food and flower offerings, and a general cleaning-up of weeds on and around the graves.

Not everyone in Japan will be observing these traditional customs, however; just as in other countries annual holidays are treated by some as simply “days off,” so too are these Japanese holidays. Many of the Japanese friends and acquaintances I’ve spoken to have informed me that this year’s Silver Week holiday will be merely a time to relax, visit with friends and family, and make the most of what are supposedly the final days of summer.