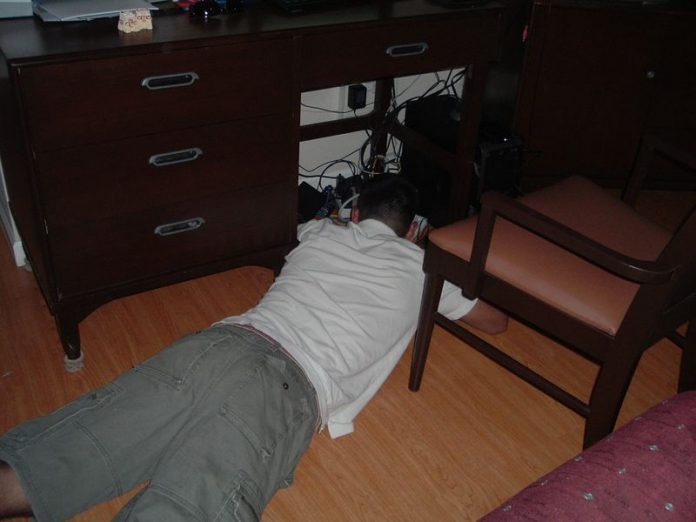 It occurred to me the other evening that my husband’s frequent deployments have done wonders for my survival adeptness. As I was in the kitchen preparing dinner, I heard faint but agitated mumblings pouring out of my husband’s mouth. When I turned around to see what the source of frustration was, I saw my husband messing about under the computer desk, phone in one hand, and cable wires in the other. I asked him what was wrong, and he yelled back, “The @*#%  phone isn’t working!” To which I replied, “Oh, let me get that for you”. A few seconds later, I was back in the kitchen and my husband was waiting for the recipient of his call to pick up the phone and answer. Do you think he was grateful for my helpful intervention? He was actually, but I could tell that it also bothered him a little.

So I got to thinking, why would my husband be bothered by an action which was done out of the kindness of my heart, and with a genuine desire to help him. And then the thoughts began to roll through my mind, a stream of events which toppled upon each other into one big heap.

I recalled the numerous times he had returned from deployments and we were out driving somewhere, he in the driver’s seat and me on the passenger side giving directions to places he had already been to. He would remind me that even though he had been gone for several months, he still knew how to get to where we were going. I would then tell him, “Yes honey, but since you’ve been gone I’ve learned all the shortcuts and we should go that way.”

I also recalled times when he would attempt to assist our youngest daughter with certain activities she was engaged in, only to be swiftly told, “I know what I’m doing Daddy, Mommy already showed me!” Or times when I’ve seen him look so bewildered at a parent/teacher conference, a doctor’s appointment, or even at the bank or tax agency because he couldn’t answer a question which would probably have been a no-brainer if he were home twelve months of the year.

It even dawned on me that the initiative I took to replace his dying car battery while he was in the States last week may bruise his ego just a little a more. After all, it wasn’t too long ago (in pre-deployment days) that he was the one responsible for maintaining our vehicles.

So while I am proud to say that I have come a long way over the years in terms of taking care of myself and children, I have also forgotten to give my husband credit for the sacrifices he has had to make every time he’s had to deploy. The sacrifices he makes go beyond that of defending his country; he also misses out on the simple privilege of serving his family, a privilege which is perhaps taken for granted by some fathers who have never had to leave their families for more than a day or two at most. It is for this reason that I wanted to write this post and say thank you to my husband, and all the men and women out there who must forfeit their parent/spouse role every time they deploy, and in doing so miss out on the special memories created by those of us who are left behind.