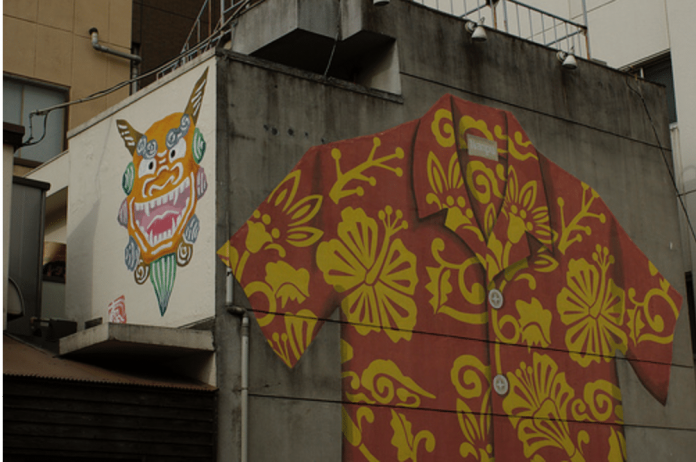 The kariyushi are aloha-light or aloha-with-a-touch-of-class-and-funk shirts traditional on this here Okinawa. You’ve seen them out and about. ALSO, these shirts are or were part of a national initiative to tweak the Japanese business dress code. Operation Cool Biz. Seriously. Yes. I kid not.

THIS is from 2005 when Cool Biz debuted. Fascinating that the corporate dress code was marketed and instituted as an effort to save the environment. Cooler clothes means less air conditioning means less wear and tear on our Mother Earth. Makes perfect sense, just can’t imagine you could present it to the American public with that same angle. I don’t think you need to MANDATE casual wear for Americans. We’re easy that way. Here in Japan where there is much pride and honor in a uniform, dressing down was met with some resistance. I’m talking government officials with poster boards on how to look fashionable without a neck tie.  Because apparently it’s possible!

So right about now some companies are setting their air conditioners at a balmy, locker-room style 82 degrees to encourage the dressing down. 82 degrees, I said! I can dress down for 8 hours of 82 degrees indoors! Way down.