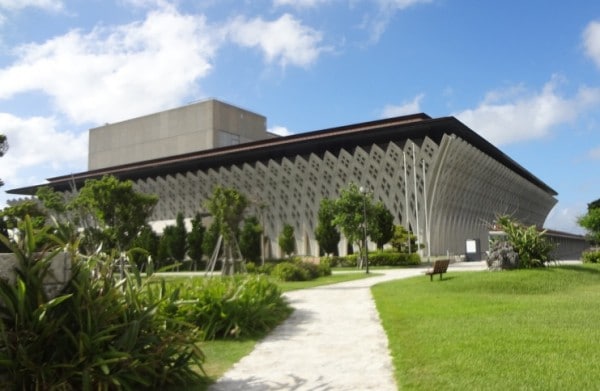 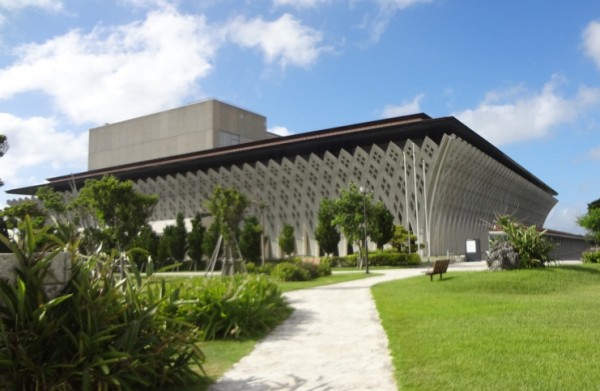 I love going to the theater. My collection of ticket stubs bear witness to the plays, musicals, opera, traditional theater performances, monologue, dance performances, ballet, performance poetry sessions (well, you get the picture) I’ve been to over the years. So it was only natural that I sought out theatre performances while in Okinawa. I figured the National Theatre Okinawa would be a good place to start.

The National Theatre Okinawa opened in January 2004 and is one of the seven national theaters in Japan under the Japan Arts Council.

The theatrical performance I watched on a Saturday afternoon was a Kumiodori titled Teikou Fujin (“Sada Takashi lady,” according to Google Translate), about a weaver who lost her husband.

Dating back to the 16th century, Kumiodori is a traditional Ryukyuan art form retelling a historic event or legend. It incorporates music, dance and lyrics into the narrative. It has its roots in the Ryukyuan royal court and was performed to welcome and entertain the Chinese envoys that were present for the coronation of a new Ryukyuan ruler. In 2010, Kumiodori was added to UNESCO’s list of Intangible Cultural Heritage of Humanity, and it has also been one of Japan’s Intangible Cultural Properties since 1972. 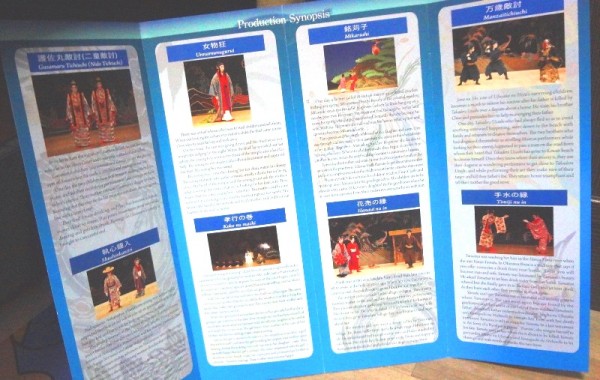 The first half of the show at the National Theatre Okinawa was a showcase of some traditional dances, and the Kumiodori started after the intermission. I found the Kumiodori to be an aural and visual treat. Actors in colorful bingata costumes and graceful movements delivered dialogs in a poetic and melodic manner, accompanied by the music of a traditional Okinawan orchestra stationed behind the backdrop. (Note: photography is not allowed during performances.)

I could see some parallels between Kumiodori and certain forms of Asian theater, especially in terms of style and aesthetics. However, Kumiodori has a unique identity of its own and I would safely say it is not exactly like anything you’ve seen before. Everything on stage exemplifies the essence of the rich Ryukyuan art and culture.

The performance was in classical Okinawan language and the surtitles on the side of the stage were in Japanese. Don’t fret. When you buy or collect your tickets at the booth, you’ll receive a brochure in English with synopses of the popular productions at the theater to give you a rough understanding of the plot.

Before or after the performance, drop by the exhibition room (for free) where you can see the theater costumes up close. There is also a miniature model showing where the theater would be set up at the Shuri castle. 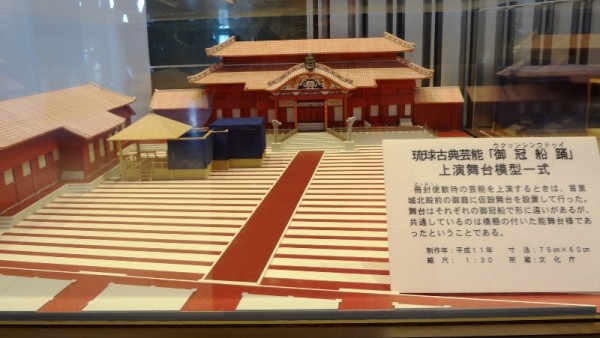 I left the National Theatre Okinawa humming the melody from the female character in my head, feeling highly enriched from the cultural experience and looking forward to adding the memory of it to my ticket stub collection. Above all, I was curious to learn more about Ryukyuan performing arts. 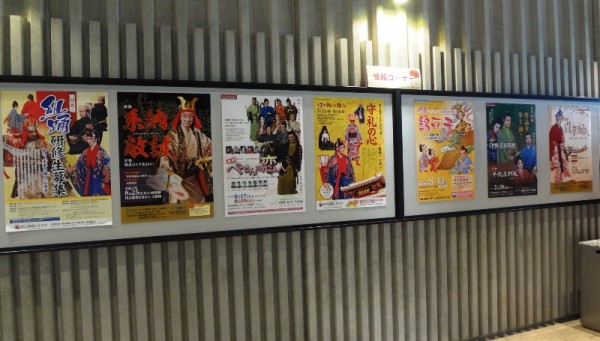