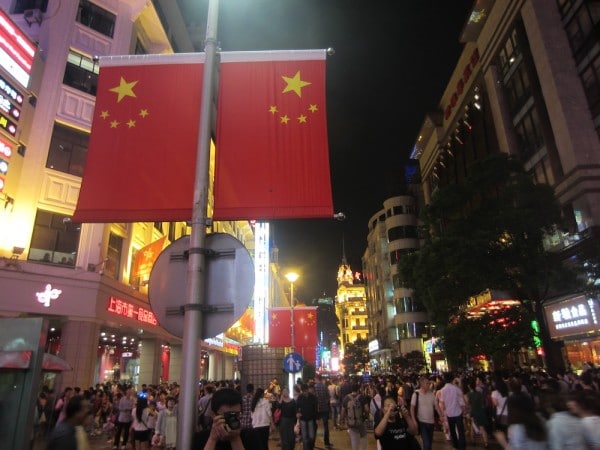 My husband, Kenny, and I recently travelled to Europe via Shanghai on China Eastern Airlines, and our 20-plus hour layovers headed out and back proved to be rather interesting learning experiences. By “interesting” I mean exciting, stressful, confusing and, at times, harrowing. When we returned to Okinawa, we started sharing our experiences with friends only to find that many of them had also flown through Pudong International Airport and learned some lessons the hard way. The exclamations of “oh my gosh, that happened to you too?!” inspired this post.

Overall, our layover returning to Okinawa was better than our layover on the way out, but here are some highlights:

DO know that even if Shanghai is not your final destination and you plan on waiting out your layover in the airport, you WILL have to exit through security/customs and then re-enter (READ: stand in long lines) in order to board your next flight. DO NOT assume you will just hop off the plane and walk to your next gate.

DO remember to pick up your bags at the baggage claim and re-check them for your next flight. We were told by our stewardess on our first flight into Shanghai that our bags would automatically be sent on to our final destination (Rome) and that we would not have to pick them up at baggage claim at Pudong. WRONG-O! Luckily we went to baggage claim anyway because we had a funny feeling about it; lo and behold there were our bags, which would have been left in China if we’d followed her directions.

DO NOT listen to the salespeople who will yell at you as you’re leaving the airport, trying to book you a room. For that matter, DO NOT even approach the “information” desk in this corridor. Because we had a 22-hour layover on the way to Rome and we had not known that we would have to exit security and babysit our bags all night, we thought it would be smartest to find a nearby hotel where we could lock up our belongings and get a good night’s sleep.  We asked the gentleman at the airport’s information desk about nearby hotels. This seemed like the smart thing to do because he was not representing a hotel but was at the desk marked “Airport Information.” He showed us a couple of brochures with pictures of hotels that offered a free shuttle. One was called “Airport Hotel,” and he said it was a two-minute drive.  It came to the equivalent of 80 U.S. dollars for the night, so he booked it for us over the phone and called a driver over to help us with our bags.

Well, this was a bad desicion. We stepped inside this “shuttle” that looked more like a beat-up van with torn seats. I told myself not to be so judgemental. The driver, who did not speak English, passed a hotel called “Airport Hotel” within the first two minutes of our drive. I shot a concerned glance at Kenny … wasn’t that our hotel? The driver sped down the highway for what seemed like forever, although it was probably not more than 15 minutes. Still, it was 13 minutes longer than it should have been, and with every passing second my fear grew. Kenny looked perfectly calm, but I knew his wheels were turning; I knew he was planning an escape in case it came to that.

We finally exited the highway and made several turns, stopping at an old building in the middle of a narrow street (dear God please let this be a legitimate hotel.) We hopped out of that van like it was on fire and saw a dimly lit sign in Chinese; definitely not the Airport Hotel, but there were a couple of families with young children in the lobby, and I was somewhat reassured. (We couldn’t see much in the dark that night, but the next morning I snapped a photo before we left. It was much less foreboding in daylight – and light purple!)

An angry-looking man took our bags to our room and hesitated at the door. We felt extrememly awkward and embarrassed because we did not have any Chinese currency to tip him; we had paid for the room with a credit card and had not had an opportunity to find a currency exchange. When he left we took in our surroundings – nothing like the pictures we had seen, a toilet and moldy shower stall separated from the bed only by a glass partition …

… and I sat down on the “bed” to discover it was not a mattress I was sitting on. It was a wooden board covered with sheets and a blanket. Photos can be deceiving. Kenny later told me he’d seen a creature that resembled a gecco scurrying up the wall, but he wisely kept that bit of information to himself.

Having survived the night unscathed, our ride back to the airport in the morning was blissfully uneventful. There was a Chinese woman riding with us who spoke enough English to help us get to the right terminal (God bless her!)

Once in Rome, we made it a point get online and do some hotel research so we would not be duped again on our return trip through China. We booked a room at the Radisson Blu Hotel in downtown Shanghai (the high-rise looks like it has a flying saucer on top), and we ended up loving it. Yay for good decisions!

Our return layover in Shanghai just happened to fall on “National Tourism Day” in China, so the place was packed with visitors. The Radisson was located near the center of the action. It was fantastic fun to be able to check into our room and then join the festivities outside.

We tried some Chinese beer – two thumbs up!

We tried to walk to the Bund to see the historical buildings, but the crowds were getting out of control.  The Chinese military was enforcing crowd control measures and we were becoming more and more uneasy with the shoving and pushing all around us.  We gave up on the Bund and headed back to the Radisson.

On the way, we spotted a Chinese man playing with a monkey in the street. I started to take a photo and he immediately motioned to Kenny to hold the monkey. It was a strangely funny moment.

We had a late dinner in the Radisson’s main restaurant, sampling some Shanghai-style dishes. Kenny picked curiously at the pork. We thought it was okay, but we didn’t love it.

The hotel did have an awesome indoor pool which we didn’t have a chance to use. All-in-all we would recommend this hotel … but not the mode of transportation we used to get there, which brings me to my biggest Shanghai no-no: DO NOT, I repeat, DO NOT take a taxi. The trip there from the airport was bad enough, with the driver swerving around highway traffic and speeding excessively. And there were no seat belts in the car. Terrifying.

The return taxi ride from the hotel to the airport was even worse. I felt like a passenger in an Indy 500 race, but without all the safety gear (again, no seat belts.) We were passing cars on the highway like they were parked. We passed at least one marked police vehicle that did not attempt to pull us over. To top it all off, our fare ended up being nearly double the price we had paid to get to the hotel. Uh, excuse me? How is this possible? But how could we argue? We could not speak Chinese and we were just happy to be alive at that point.

Our friends, some of whom are more seasoned travellers, shared their transportation stories with us too. A few had similar taxi experiences. One was grossly overcharged. Another couple we know demanded their shuttle van pull over and they hopped out and walked back to the airport (it was also supposed to be taking them to the “Airport Hotel,” which their driver also had mysteriously passed). Another couple took the tram everywhere and said that worked well for them (they had been warned to avoid taxis).

I felt compelled to share our experience and ask all of you share yours in the comments. What advice do you have for travelling through Shanghai? Hindsight is 20/20, and I hope we can share information so more people aren’t left saying, “I wish I had known…”