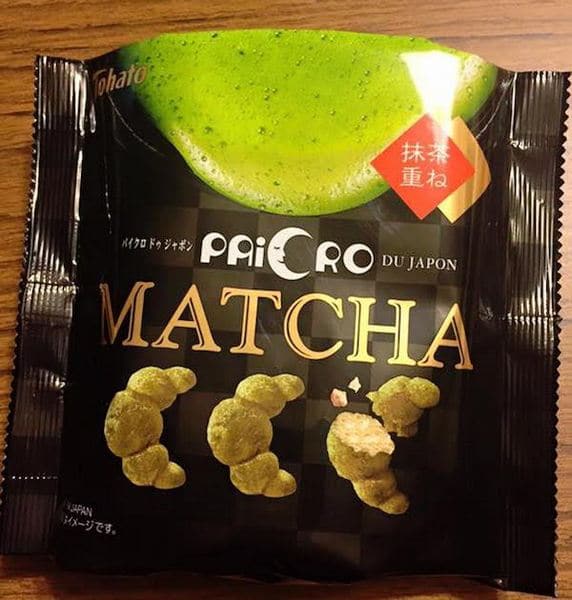 Matcha (pronounced mat-cha) is a finely grounded green tea. It’s a special type of crop, special in the way it’s farmed and processed. Shade has grown three weeks prior to harvest, with stems and veins removed during processing.

Traditional oriental tea ceremonies (Japanese, Chinese) focus heavily on the preparation, serving, and drinking of matcha. This was it’s original and traditional use. Modern tastes have seen the modest matcha powder be used in a larger variety of foods and drinks, from soba noodles and confectionary, to ultra trendy, ultra modern coffee house drinks. Let me share with you my top matcha treats. 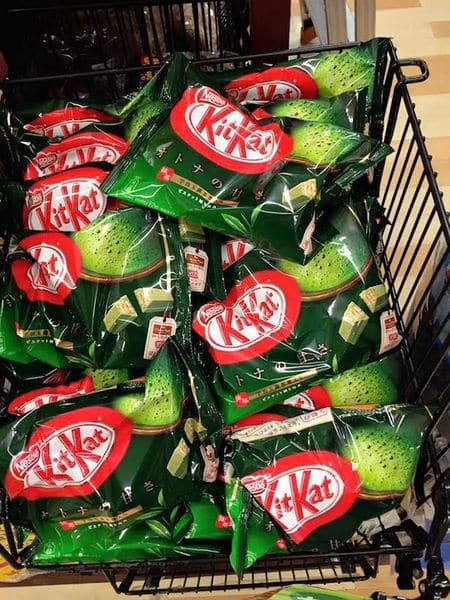 Let’s be honest, Kit-Kats are pretty groovy all by their lonesome. In Japan, flavored Kit-Kats are hugely popular, coming in a surprisingly wide selection (sakura, cheesecake, rum raisin, sake, beniimo, to name but a few). My favorite is, of course, the matcha variety. Happily, these are available year round (some are seasonal, like the sakura ones), and they taste great. They have a sweet taste, but it’s not overwhelmingly sugary. An odd thing to say about a chocolate bar but they’re actually sort of refreshing! If you want to dip your toes in the matcha pool without diving in head first, these are a good first stop. 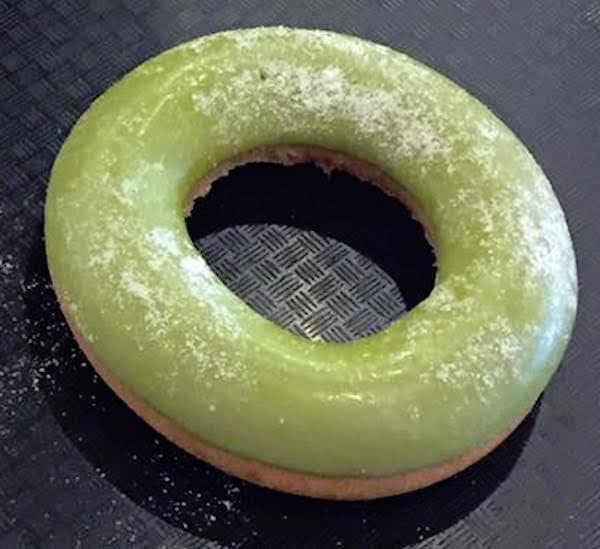 Another sweet treat, this time the doughnut gets the matcha make-over. Jack In The Donuts in Aeon Rycom’s food court gave the humble ring doughnut a shiny, green veneer. The result? Divine! Sugary sweet with a green tea flavor mixed in makes for a winning combo. I love these as an occasional indulgence (it’s a good sugar kick after a long hike around Aeon Mall and all it’s many shops!) 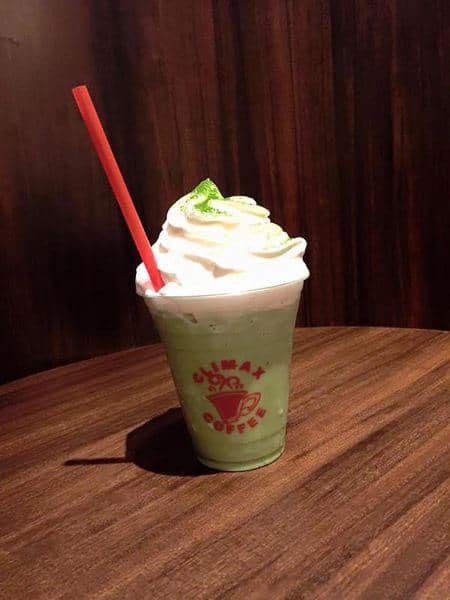 A modern twist aimed at a younger generation, the matcha latte is a mainstay in many local and chain coffee shops. In my opinion, the best on the island can be found at Key’s Cafe on Highway 58. Have it hot or cold, regular or large. It comes iced (if cold), with a generous topping of whipped cream, finished off with a sprinkle of matcha and served with a smile. Wonderfully refreshing, enjoy it in-house (Key’s Cafe is popular with local students for studying, due to its serene atmosphere, toned down decor and plug sockets at almost every table) or grab it to go. 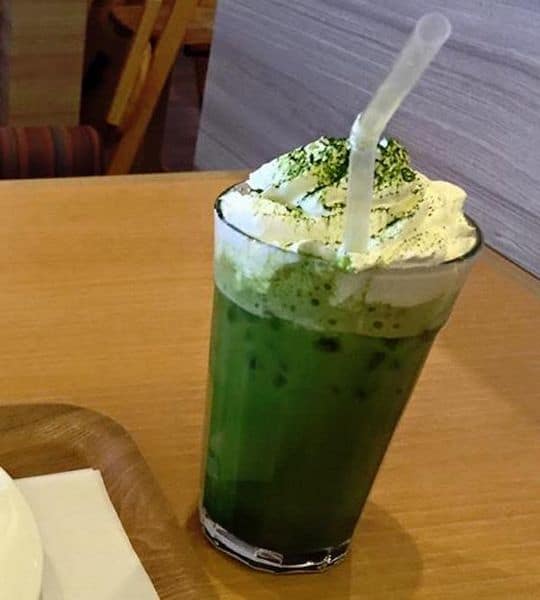 This sounds far out, but hear me out. Climax Coffee not only offer the usual matcha lattes but milkshake too. A thick, creamy shake with strong green tea undertones comes served up with a heap of whipped cream. Again, surprisingly refreshing for a thicker drink, it’s a perfect cooler for a hot day. Don’t drink it too fast though, or you risk a strong brain freeze! 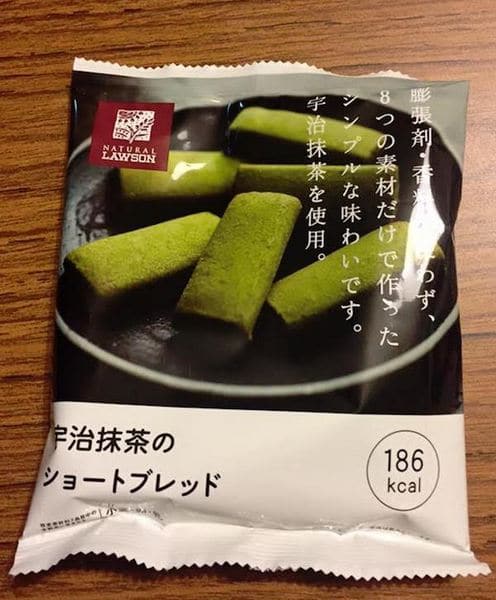 Slightly sweet, slightly savory, this is an odd but tasty combination. The shortbread flavor hits you first, rich and buttery, then you get an aftertaste of the matcha. It’s pretty good, and at just under 200 yen from Lawson’s, it’s a cheap snack to boot. I would team it with a hot cup of tea, perfect for those odd cold days.

Another quirky taste, matcha covered corn snacks. They have an overwhelming matcha taste, mostly because the corn chip is coated in a thick layer. More savory, so if you don’t have a sweet tooth these might suit you. I love matcha, but I did find these a little overpowering, so maybe share the bag with another matcha lover.

If I named every type of matcha-related item out there, we would be here all day! So here’s a little shout-out to some of the other matcha-inspired loveliness. See if you can find it!

Chips: even the humble potato chip gets a green dusting. Various brands do them, you can get your hands on them at most convenience stores (Lawson’s, Family Mart).

Chocolate bars: if you can find these, stock up! Matcha chocolate is heavenly. Creamy chocolate taste with an infusion of green tea, it’s a taste best tried rather than described.

Finally, for any chefs or bakers out there, why not buy some matcha in its raw, powdered form, and cook up your own concoctions? You can buy it from supermarkets (like Kanehide), and even the Daiso (100 yen store) does small sachets.

Any suggestions I’ve missed? I’d love to hear about your favorite treats!