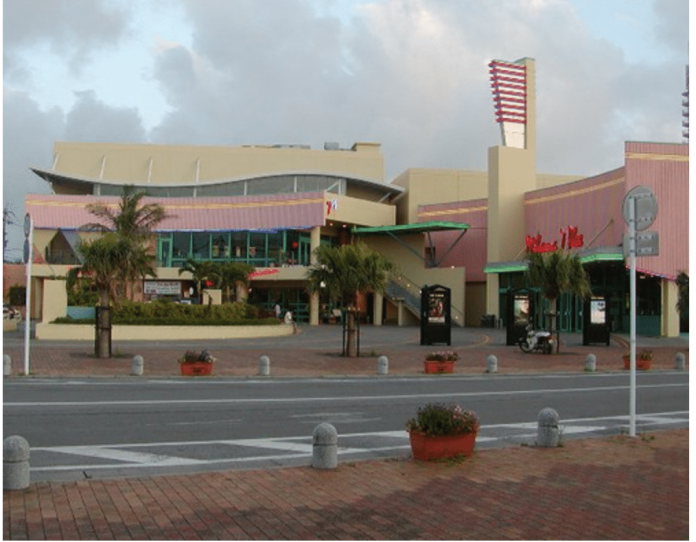 Cara wrote in to pitch the movie theater out in Mihama, American Village, across from Starbucks. Thanks, Cara!

I recommend going to the Japanese theater in American Village. Yes, it’s expensive. That’s the only drawback! Usually you will have 2-3 movie options (in English with Japanese subtitles) to choose from. Before Kyla was born, we frequented the military theaters often, but not enough. With one movie showing at one time, there were occasions we wasted a good two hours because our choices were so limited. So at Mihama 7-Plex, besides having choices, you can have ‘baseball game’ draft beer. And for us, seeing a movie in the same theater as locals is part of the total Japanese experience. Try it once before you leave Okinawa.

I searched long and hard for an English version of their site. TO NO AVAIL. However, I translated their site through Google HERE. You will be able to discern prices and movies and times.

To boot, you’ll get a quirky and mostly incomprehensible summary of movies in translated English. You’ll find Happy Feet summarized in the following festive way:

In Memphis the husband and wife of the emperor penguin, the man bull of the son is born. It grows in the nice elementary school student. But, in class of important song, being tone-deafness of the metal reinforcement entering is detected for the penguin. Man pulling where you see the seniors and from also the companion and is released, becomes the single, as for those where it advances instead of singing, was step of dance!