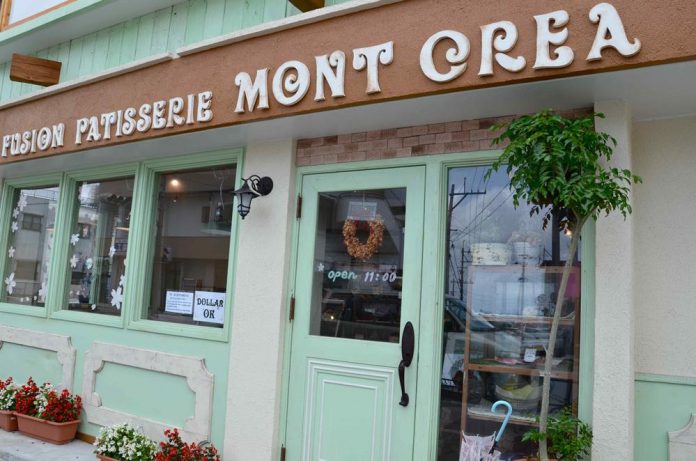 Editor’s Note: We have an updated review on Mont Crea!  After the original post below was published, the owner closed briefly.  He has since re-opened with a new menu, so be sure to check out the new article! We’ve close comments on this post but please feel free to join the conversation on the updated post. 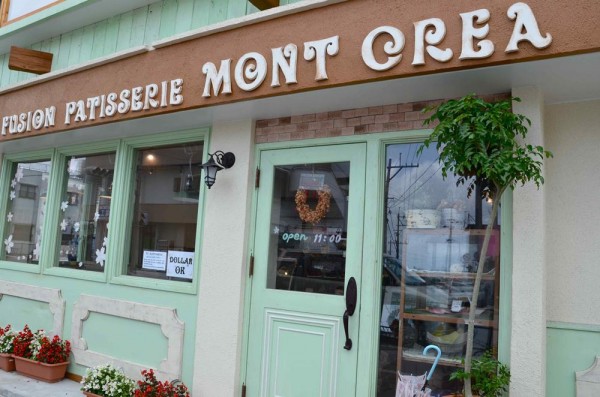 If you find yourself in the Kin area with a sweet tooth, Mont Crea is waiting to satisfy your palette. It is a cute ‘fusion patisserie’ conveniently located on a highly visible corner off 329. As we opened the door, we noticed the sign in the window that said ‘Dollars OK’…good to know. The smell of sweetness wafted through the air. As usual here in Japan, the employees were extremely kind and courteous. 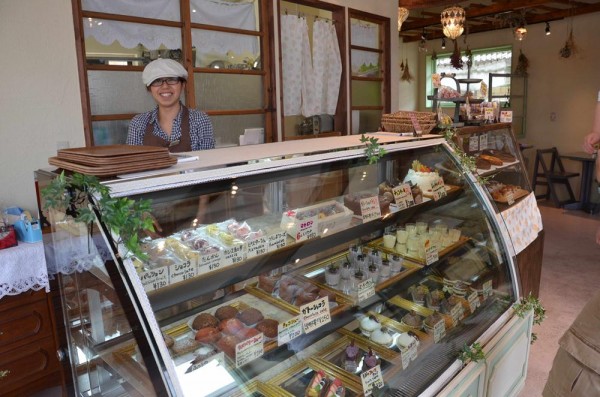 We finally decided to order a puff pastry, a piece of cake, and couple of macaroons. When the clerk rang us up, she typed our order into her ipad, which was sitting on top of an antique sewing machine…fusion?

The puff pastry was so yummy, melt-in-your-mouth, light yet decadent. It was in one word, heavenly. It would have gone nicely with a cup of coffee. We didn’t think ahead and order anything to drink, but they brought out complimentary waters. The macaroons had a strong hazelnut flavor, which was a nice surprise. The cake looked very classy, although we didn’t eat it with much class. 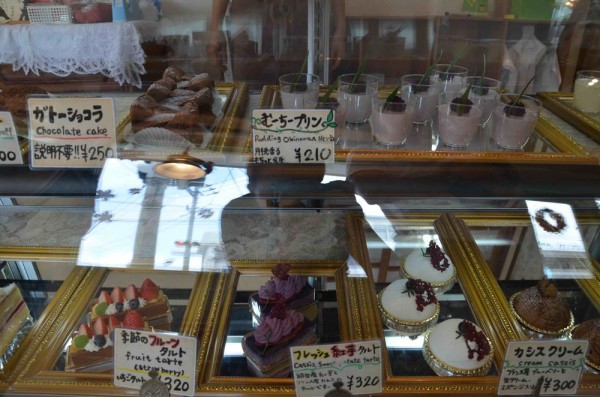 As we nibbled our desserts, we noticed all of the awards and plaques around the small bakery for the head chef. He went to school in Tokyo and has numerous international awards in the art of confectionery cooking. 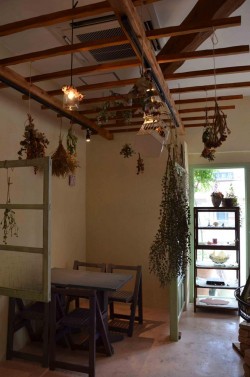 You should have a taste!

Payment: They accept U.S. dollars, but not $100 bills and yen.  No cards were accepted when we were there.

Directions: Take the Okinawa Expressway north towards Nago. Get off at Exit 8 for Kin. Pay toll. (Ours was 350 yen) Make a left on 329 toward Kin. Go past Camp Hansen on Left. Stay straight for around 3 km on 329. You will see Mont Crea on the left. Parking is next to the building.