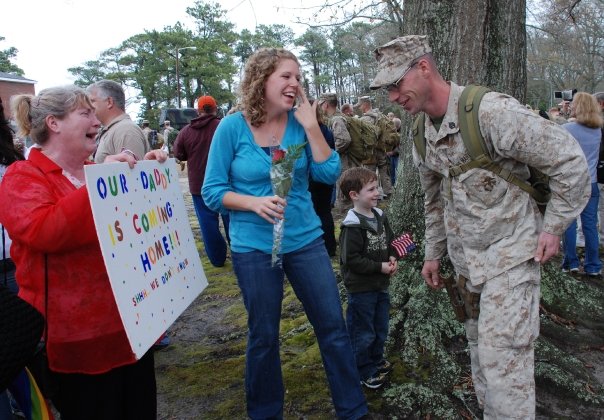 This post was originally published on this site on November 16, 2009. We’re pulling it out of the archives for those of you who haven’t seen it before. Happy Veterans Day to all our readers who have served, and those who continue to do so! 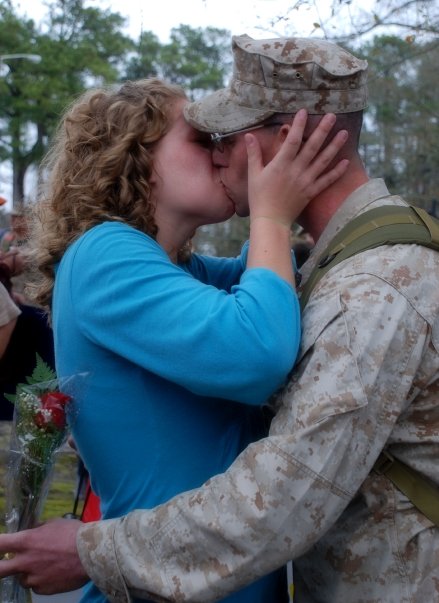 The other morning, when I was nosing about on Facebook, I noticed the following comment posted by one of my close friends:

“Every night at 9 pm sharp I hear “Taps” playing…..I always stop to think about all my heroes and their families in hopes that their service for our country will never be in vain…. God bless you all…..”

I couldn’t agree more with my friend’s sentiments; there is no sacrifice greater than that which our military men and women are willing to make. Our recent observation of Veterans Day was a reminder for all of us; we must never forget the heroic duties performed by those who have served both in the past and those who are presently serving.

Of an equal importance, are those who stand immediately behind our service members. Just as Veterans Day is a time to honor our service members, the month of November is a time to recognize our military families for the noble contributions that they also make. Beyond the call of duty lies the call of family members to love, support, and honor their active duty loved ones, even through the most difficult of times. I’ve seen and experienced various types of hardships over the years and cried for others who have seen even greater hardships, and all the while I am amazed at the spirit and resilience of the military family.

Several years ago, while working as a youth facilitator with “at-risk” military kids, I realized for the first time that the military lifestyle adversely affects more than just a few of our children. I mentored children whose fathers had died in the war, children with disorders such as ADHD and autism, and children with behavioral, social, and/or academic problems.

The children in the latter category presumably developed such problems due to factors that stem from their military family lifestyles. I listen to these children tell me stories about losing friends, moving away from close family members, and feeling angry because Dad redeploys all the time, or resentful because they are tasked with so many responsibilities when only one parent was at home. It’s no wonder these kids are troubled, and yet through all their pain, I realize that many of them understand and respect the paths their parents have chosen.

Military spouses don’t have it any easier either; the burden they must carry when their loved one is away is one that a civilian spouse could not possibly appreciate without first experiencing it for themselves. I’ve seen many a friend this past year wear the pants of both mother and father and play out this dual role to both older and younger children, while also attempting to keep the house clean, pay the bills, put meals on the table, maintain and clean cars, take care of the yard, get kids to appointments and after-school activities, and perform numerous other must-do chores. They understand what it is to be a single parent, but furthermore, they often face the challenge of maintaining a positive and cheerful attitude in situations which are less than desirable.

My thanks go out to all family members of our military men and women, not just spouses and children, but also their extended family members who help fill the gap when our loved ones are away. It’s because of your dedication and continuous support of our servicemen, that they, in turn, are able to go out and effectively undertake their duties. 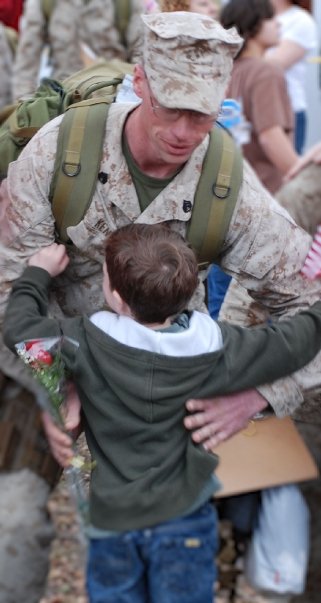 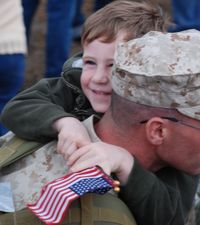 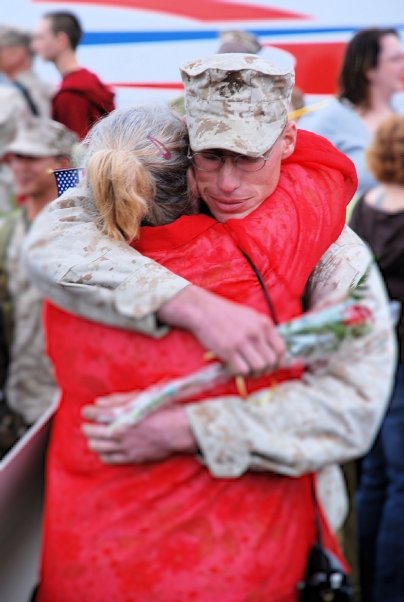 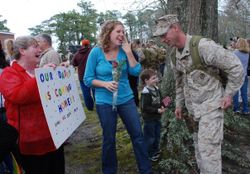 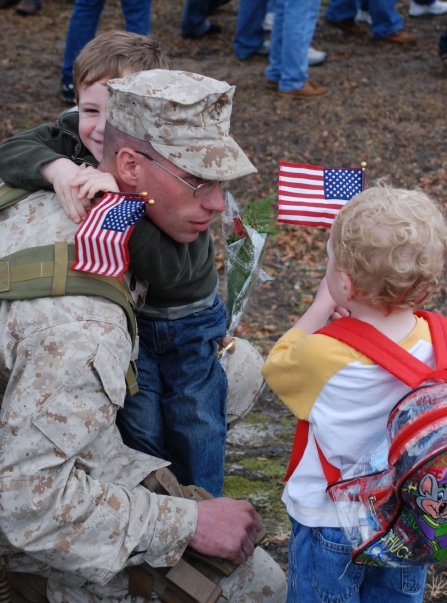 Humorist Will Rogers once said, “We can’t all be heroes because somebody has to sit on the curb and applaud as they go by.” Nobody does a better job of applauding our heroes than their families, and for that, you all deserve the accolades and applause!