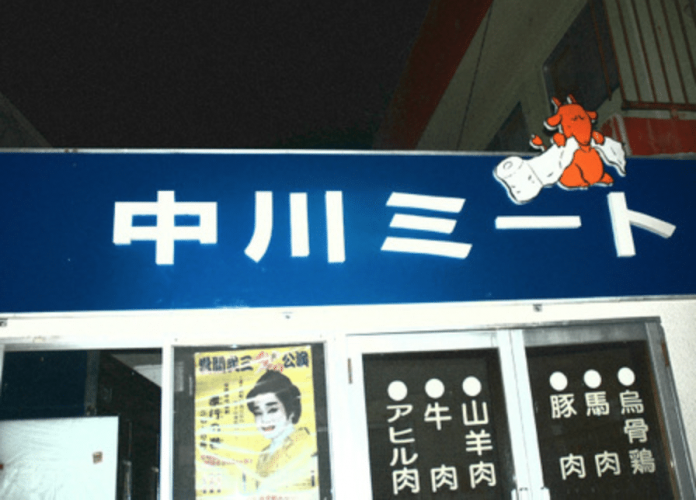 There is a brand new shop on our block. It appears to be called Nakakawa Meat. Nakakawa is a family name I’m assuming. Some further assuming leads me to believe that this Nakakawa guy is selling a variety of meats. Or perhaps he’s just selling goat meat. Or he’s only selling the meat of goats raised on imported toilet paper.

I do not know the answers thus I anxiously await the grand opening. Our dog, Maltsby feels differently.

Two days ago a lone pair of rain boots sat outside the store. At the precise moment that Maltsby went in for a blissful sniff some unrelated squeal sounded and echoed down the empty morning street. The boy has a fragile constitution and has not recovered from the Case of the Screaming Boots.

The downside to Maltsby’s new phobia of all things boots and squeals and Nakakawa Meat and paper-eating goats is that he forbids me to pass by the store at a pace conducive to good spying. Instead he drags me like greased lightening past the store, across the street and AWAY from the scene of the crime. I’m just wondering if I’ll lay my eyes on a goat is all.