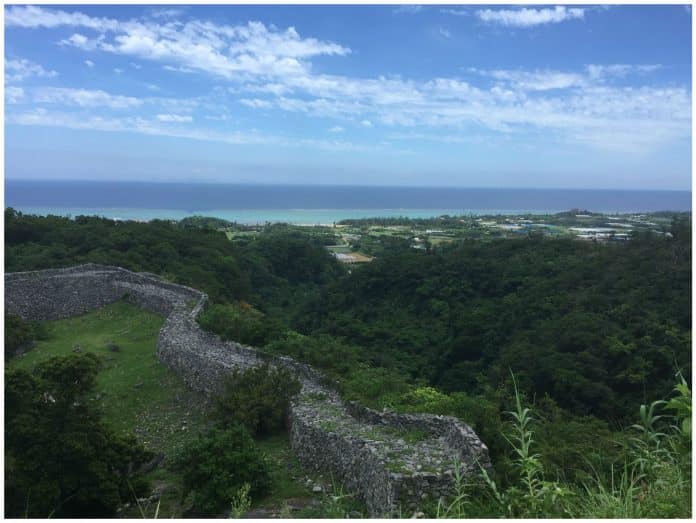 Editor’s Note: This post was originally published in 2015, but we received another post with some valuable information that we felt should be added. We’re including both of these contributors’ writing in this post. And if you want another take on this historical landmark, check out our first post on Nakijin Castle from 2009. 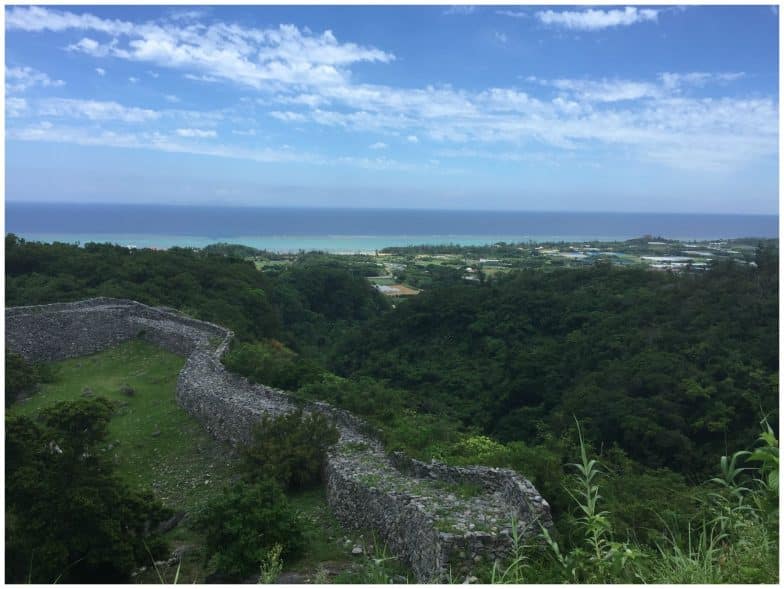 It is no secret that Okinawa is littered with castle ruins of long ago. You need only drive ten minutes from Kadena to see one. They spread far and wide from the southernmost part of the island to the north. One of these northern sites is the Nakijin Castle Ruins and if you are up for a little road trip, it’s definitely worth it.A beautiful drive (between 45 minutes to an hour from Kadena) to the north of Motobu in the Nakijin Village, lies a fortress that is among an enviable list of UNESCO (United Nations Educational, Scientific and Cultural Organization) World Heritage sites. This fortress was the capital of the Hokuzan principality, one of three principalities that make up the ancient Ryukyu Kingdom. 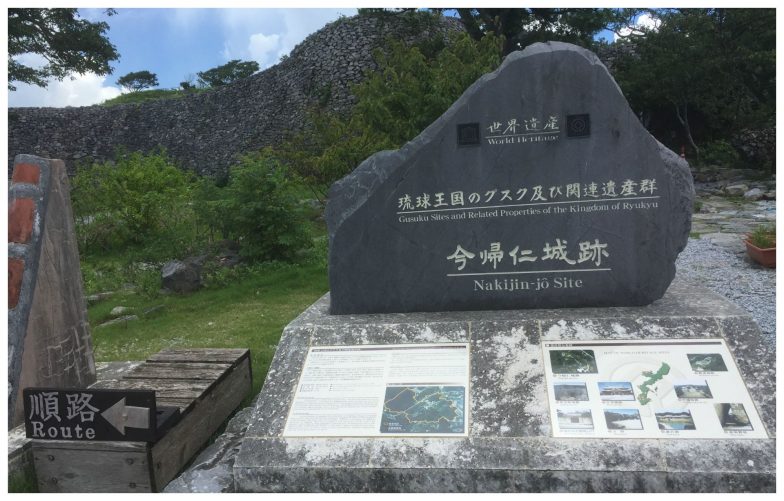 Once you get to the castle, you will park and walk up to a small square. There are a few food vendors and shops. Food is cheap and pretty good as far as snacks and a light lunch. There are also souvenir stores nearby. If you keep walking you will veer to the left and begin to see the outlying wall of the castle. You will notice that there are still areas of the castle being excavated and studied. Some of the artifacts found during these excavations may be seen in the three-story museum that is included in your admission fee. 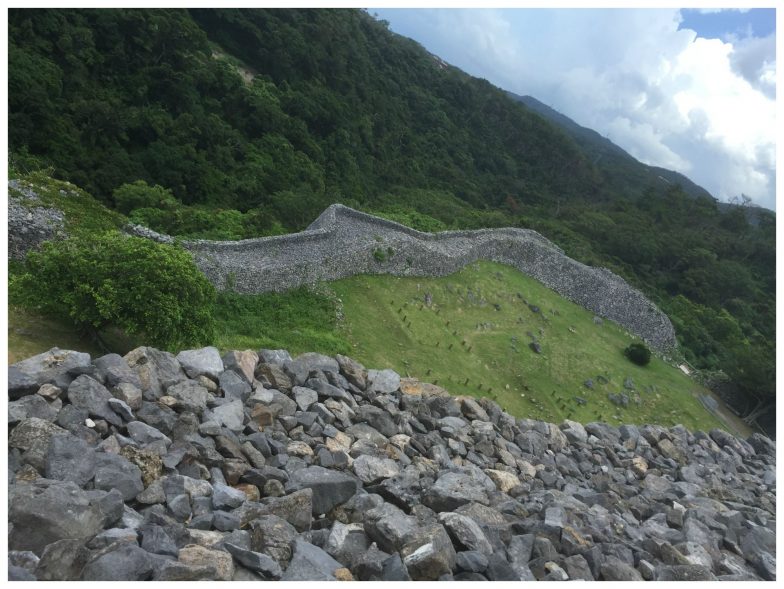 Moving on, the walk will take you anywhere from 20-30 minutes. There is a beautiful view from the top and all of the major historical plaques provide English translations. Afterward, head over to the museum and view all of the artifacts that have been collected over the years. The collections are quite extensive. There is also an opportunity to sit in on a presentation and to view videos, although most of them are in Japanese. 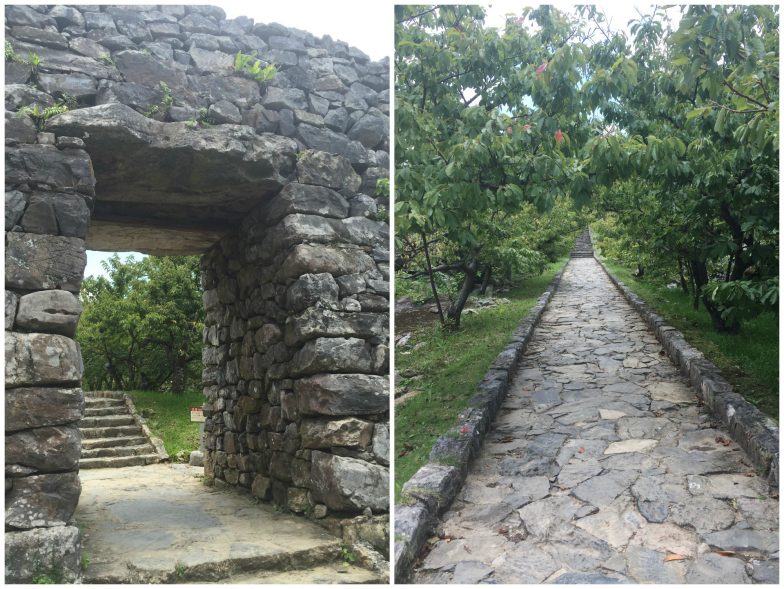 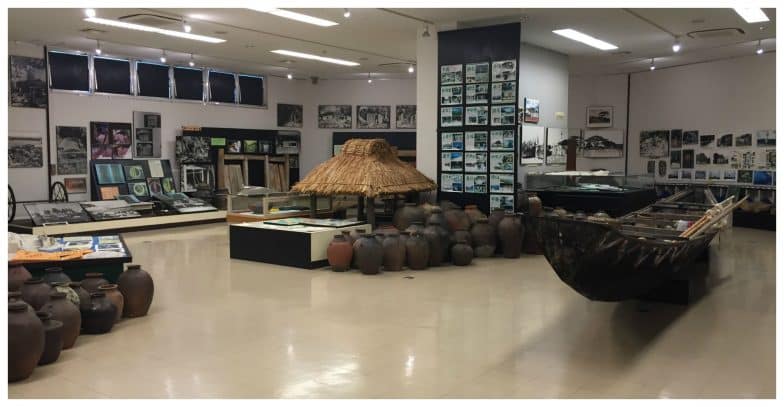 It is a great park, very informative and well maintained. A great day trip for a family or to go solo. There are beautiful beaches and things to do within a 10-15 minute drive from the park. Easily accessible with lush forest surrounding it, it is definitely a “to do” during your stay on the island. 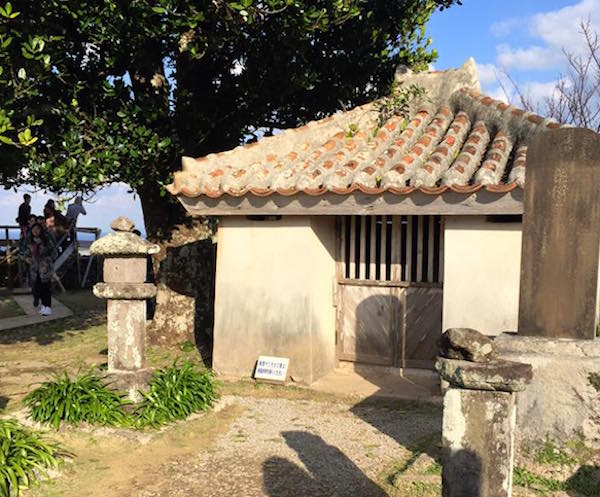 Located in the small, quaint village of Nakijin, is the remains of a once grand fortress; Nakijin-Jo (Jo is Japanese for castle) was the residence of the Ryukyuan governor. Join me on a trip down memory lane, and discover another of Okinawa’s stunning World Heritage sites. 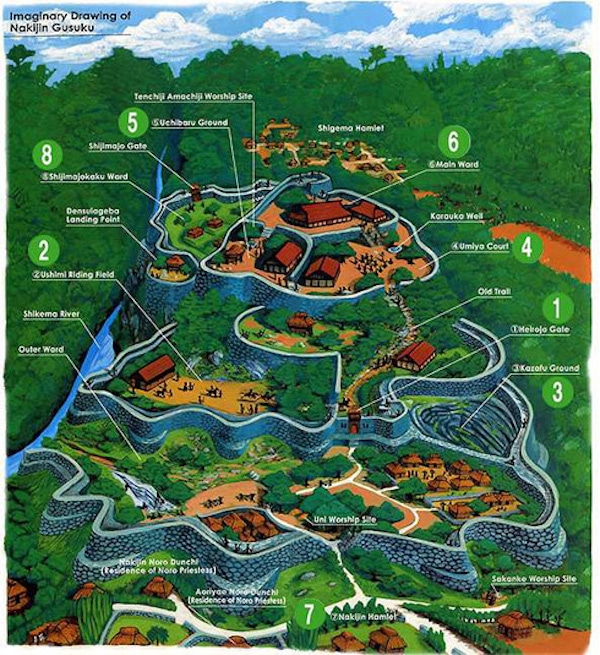 Also known as Hokuzan Gusuku, it’s unclear who really started construction and exactly when it is known to have started somewhere in the 13th Century and reaching completion state sometime in the 15th Century. In the Sanzan period (14th Century), a Chinese book mentions three Kings from the Northern Ryukyu Kingdom; Hanji, Min, and Hananchi.

In this period of history, Okinawa was split into three principalities; Northern Hokuzan, Central Chuzan, and Southern Nanzan. The Hokuzan principality controlled most of Okinawa’s Northern reaches, trading independently with China until King Sho Hash of the Chuzan principality conquered Hokuzan in around 1416-1422. Post-defeat, Chuzan stationed a Kanshu (administrator) in Hokuzan to govern the North, with Nakijin becoming his residence in 1422. However, in 1609, during the Satsuma invasion of the Ryukyu’s, much of Nakijin was sadly razed to the ground. The site became a place of spirituality, with people traveling far and wide to worship within its grounds, a practice still in place today. In 2000, Nakijin along with others was declared a UNESCO World Heritage site. 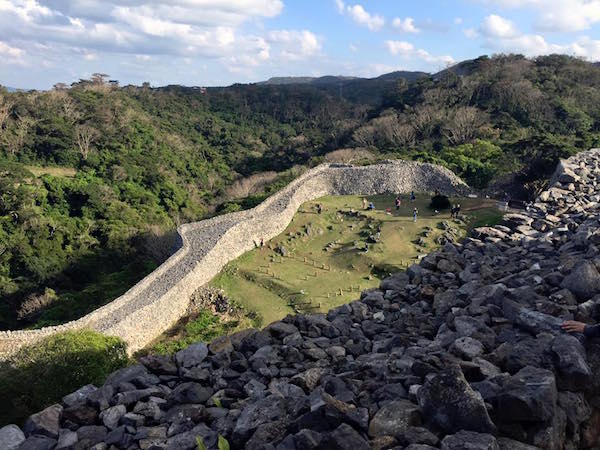 The first thing that strikes the mind is the grounds are beautifully kept. Handsome, curved walls snake in and out, the grass is lush, flora and fauna thrives, it’s serene and peaceful. Enter through Heirojo Gate, which was restored in 1962. In its heyday, guards would stand guard in the battlements on either side of the gate. To the left of this Ushimi Riding Field is thought to be the area horses were kept and trained. It was protected with the tallest ramparts of Nakijin. To the right is Kazafu Ground, a valley shaped area containing natural rock formations exposed on the surface. The name Kazafu contains two Japanese words; “Ka” for river or spring, and “Zafu”, meaning valley. 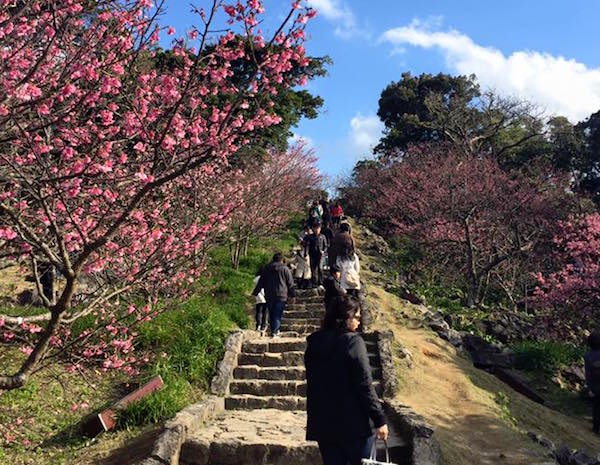 Walk up the impressive set of steps (lined with sakura trees, a must view for the season, where a festival is held for hanami- cherry blossom viewing) and into Umiya Court. At the top, turn around and admire the incredible view that plays out in front of you. The ancient grounds stretch out, with the rest of Nakijin, then the ocean, and beyond. A sight not to be missed. It’s thought that the Seiden (main hall), Hokuden (North hall), and Nanden (South hall), were all once constructed in this court, an important place for ceremonies. 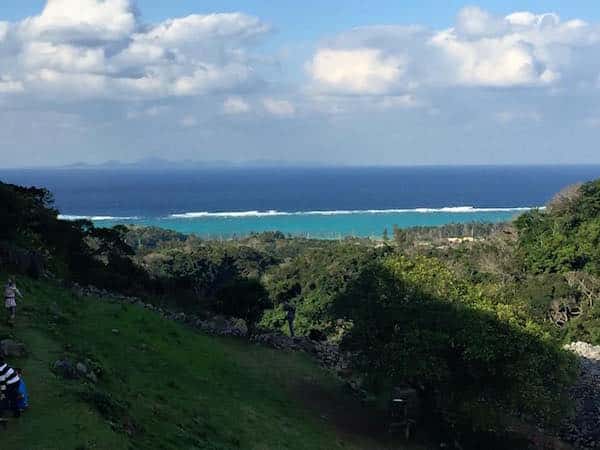 To the far left is Ucibaru Ground, one of the most sacred parts of Nakijin. There is a place of worship here (still standing), and was the living quarters for the ladies of the court. There is also a spectacular ocean view here. Watch as the waters turn from the lightest turquoise to the deepest azure. It is stunning.

Meanwhile, next is the Honmaru, or main court. This ward once held the main structures of the fortress, and excavations of this site, in particular, showed the periods of its construction and eventual abandonment (as a place of residence at least). 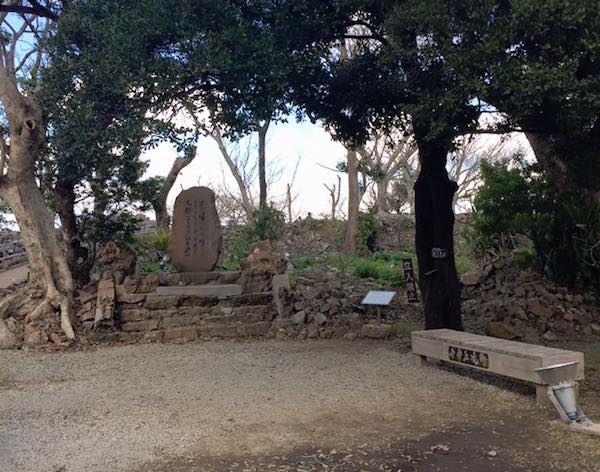 In conclusion, next to Uchibaru Ground is Shijimajokaku Ward, an area said to house the King’s most important subjects. Excavations show there were once four structures here.

Finally, you will find that with these gorgeous sights; it’s easy to see why this site was chosen as a Citadel, you could see an enemy approach for miles!

*Hours may be occasionally vary

*Sections within the facilities may close without prior notice due to unavoidable reasons.

Adults: ¥400z
Elementary through high school: ¥300
Children not yet in school: Free
Discounts available for groups of 10 or more

Directions: 58 North thru Nago to 84. You’ll see signs for other routes to Nakijin and the castle, but the easiest (perhaps not fastest… er, is “fastest” a word?…) is to stay on 84, and just before Ocean Expo turn right on Highway 449 – you’re only two kilometers away. Follow the signs from there. Parking is free.