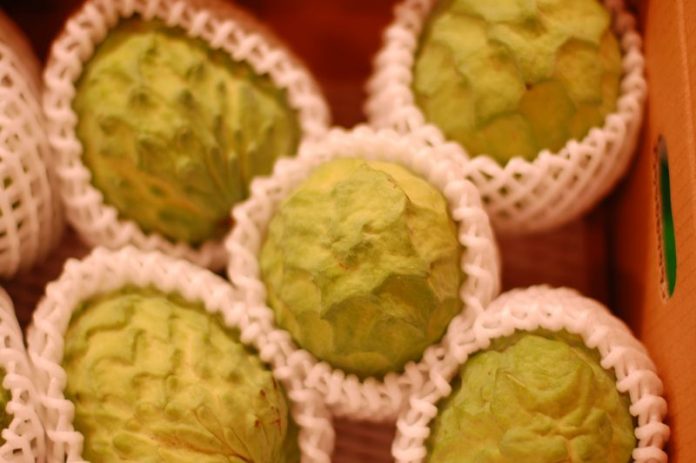 And you thought you knew what an apple was???

Two different apples to tell you about today!  The first is called a Custard Apple: 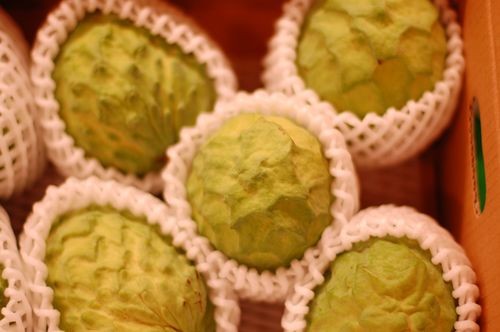 When I asked my market guy about it he said that custard apple (also called sugar apple) is the sweetest thing grown on Okinawa.  And WOW is he right.  In fact, I didn’t buy any last week when I saw them at the market because, having tried them before, they are a bit too sweet for me.
But please give them a try and let me know what you think!  They are available now (winter).
To eat them, just cut in half and eat the white flesh inside.  There will be big dark seeds to discard.  You’ll find the flesh a bit goopey with a beautiful sweet smell.  I would say it’s about the opposite of our next fruit on the scale from sugary to refreshing.
And here’s the Wax Apple: 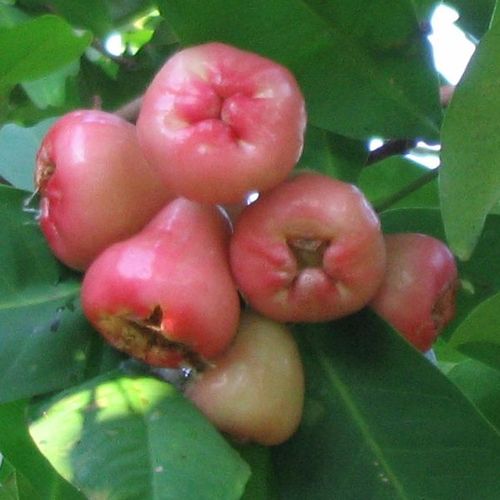 Pix from Wikipedia.
They won’t be in season until the summer time, which is totally appropriate as I think this is one of the most refreshing fruits I’ve eaten on Okinawa.  You eat the whole thing and it has a very crisp texture and a tart-sweet-slightly bitter flavor.  (It’s somewhat like jicama for those of you who are familiar with that unusual root.)
Have you tried either of these?  Or another strange item that caused you to say with brows raised, “Nani kore?” (what’s that?)