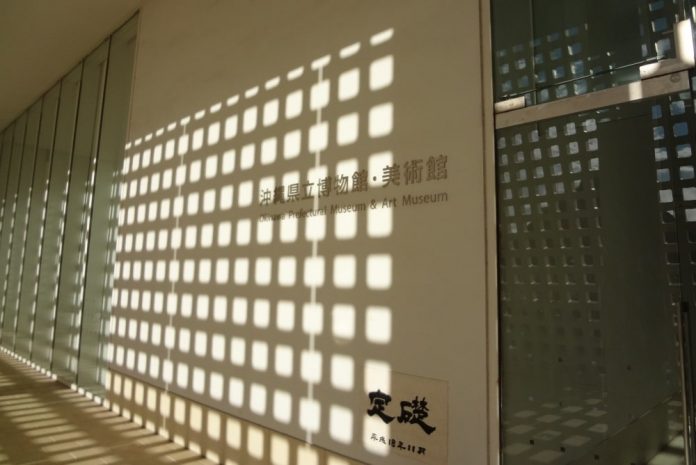 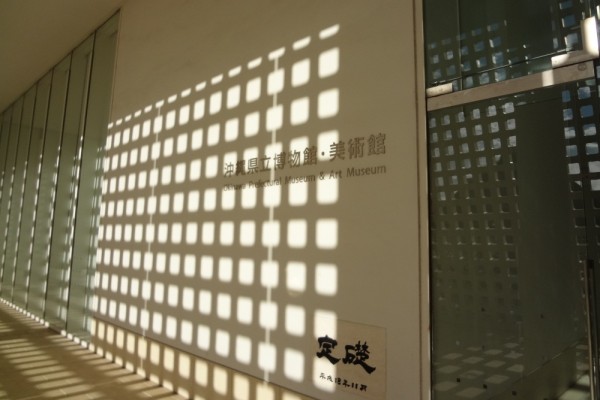 Housed in the same building as the Okinawa Prefectural Museum, the Okinawa Art Museum truly exceeded my expectations of an art museum on the island. I went there not sure of what to expect, but I left the place impressed.

Although it is not as big as the prefectural museum, the art museum has a wide array of contemporary artwork in different mediums and you can expect to see paintings (in various art styles), sculpture, photography, mixed media installations, among others. (Unfortunately, I was not allowed to take photos inside the art museum to share with you).

As it is often said, art holds up a mirror to society. It is often an avenue for political and social commentary and expression everywhere in the world, and this was reflected in the museum.

For example, there was a sculpture of a young girl with shapes printed on her hands and not too far from that artwork, there were some photographs of elderly women with those shapes on their hands. As the descriptions of the work were in Japanese, it was hard for me to figure it out what they were and what they represent. I later found out that they were Hajichis (ハジチ) tattoos adorned on Okinawan women of the past and were eventually outlawed by the Meiji government. After knowing this, I could conclude the exhibit was perhaps a commentary on lost traditions and identity.

“You-I, You-I” by Yuken Teruya is a celebrated artwork alluding to certain decisions and incidents on Okinawa, with ospreys, jets and dugongs designed on a traditional Okinawan dress; suggesting the artist’s expression of the island’s political and social history.

My experience at the Okinawa Art Museum made me look forward to exploring more about art on the island. It was Aristotle who said, “The aim of art is to represent not the outward appearance of things, but their inward significance.” And indeed, my first visit to an art museum in Okinawa was not only fun with a lot of interesting exhibits to view; it also gave me a chance to ponder over things from different perspectives.

Closures: Every Monday; However, if Monday is a National Holiday, the day after a National Holiday, or Okinawa Memorial Day, the museum will be open, but will close the following Tuesday instead. Closed for New years holidays (December 29 to January 3)