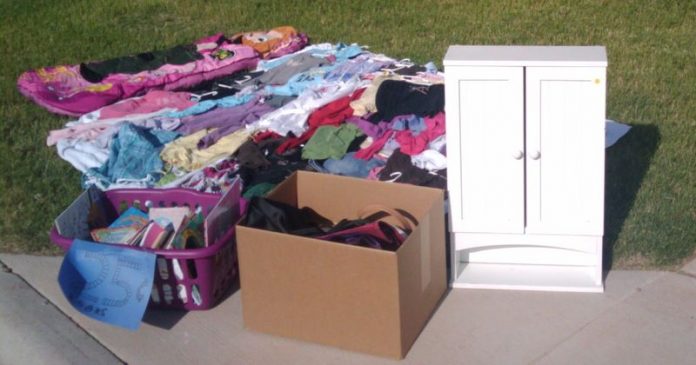 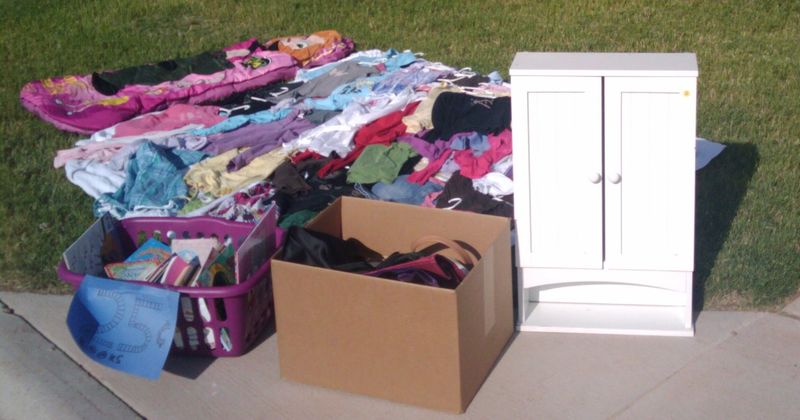 We had a yard sale this weekend.  Like most Americans in the states we have WAYYYY too much stuff, but didn’t have a compelling reason to get rid of any of it.  Our garage was filled with all sorts of wonderful items:  scooters, coolers, random items and of course, boxes that hadn’t been opened since we PCS’d from Sheppard two years ago.  Not knowing how much space we’re going to have in Okinawa and vaguely remembering our base housing in Misawa, the redhead and I decided it was best to get rid of our stuff now rather than take everything with us.  We’d rather have too little upon arrival than too much.

We decided to make this a family affair and told the girls they could sell some of their stuff, too.  Lexi is ten now and she decided she was a bit too old for her Little Mermaid television.  I believe she said, “Fifth graders shouldn’t have Disney TVs”.  We had all sorts of clothes the girls had grown out of and the wife had some purses to sell as well.  We pooled all of the items together and promised to give the girls a portion of the proceeds. 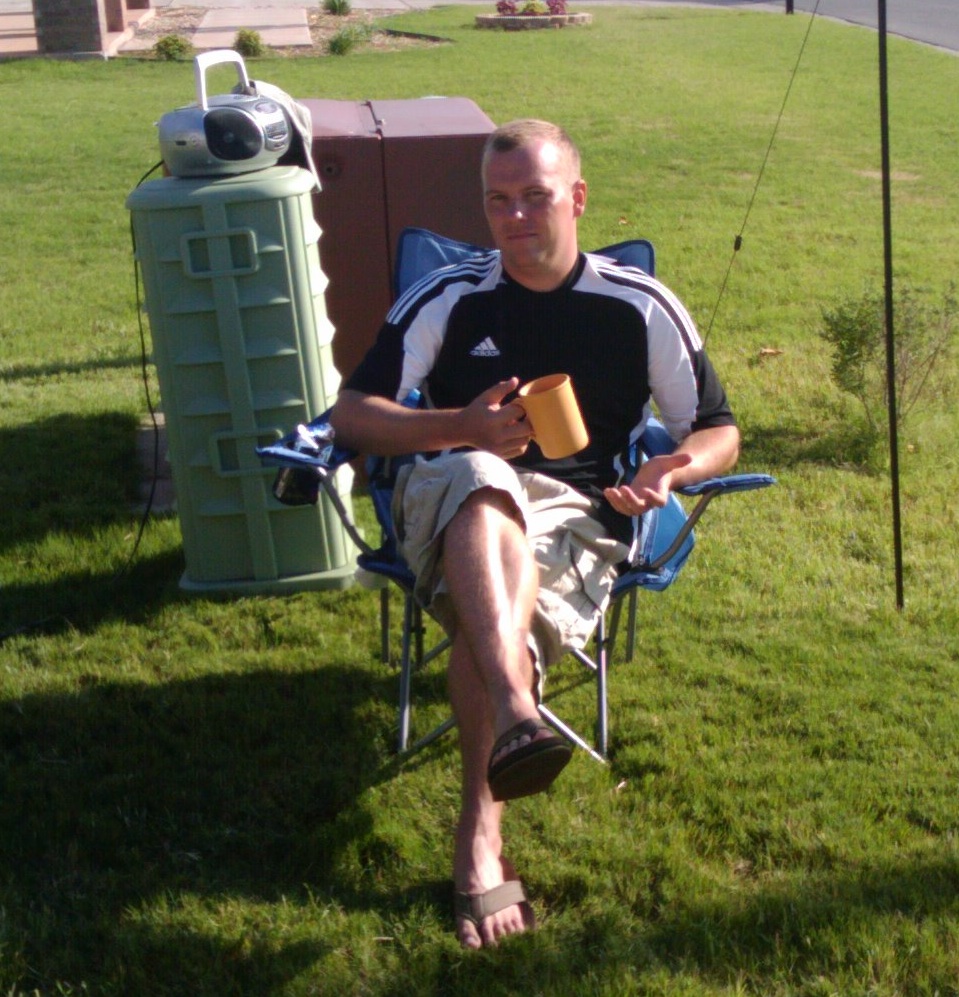 Now please understand, this yard sale took place in July…in Texas…so when we started at 0800 it was already 85 and extremely windy. (And, yes, that is a coffee cup in my hand.  85 or not, I still need my coffee in the morning.)  Red and I agreed we would only run the yard sale until 1100 and then donate the rest to the Airman & Family Readiness Center (A&FRC).  I know, I know, three hours isn’t a lot of time to sell all of our stuff, but there was no way we were going to bake in the Texas heat just to sell a few more dollars worth of our stuff.

Luckily our house is located on the corner of the busiest intersection in housing! Within a few minutes of setting up our tables we had all sorts of people nosing around our stuff and started moving our goods.  In no time, we had a steady flow of people grabbing and haggling and before long, we had sold most of everything we figured would sell as well as a few things I figured were destined for the bottom of a landfill.

After we shut everything down, I loaded up my car and dropped off the unsold clothes and housewares at the A&FRC.  The folks at the A&FRC sort through all of the donations and keep what they need for the Airman’s Attic and take the rest down to Goodwill for them to try and sell.

In the end we made enough to give the girls money for their trip to visit grandma and a full meal at one of our local BBQ joints.  Did I mention I am going to miss having 20+ BBQ restaurants within ten miles of my house?

The last thing I did that day was post an advertisement for our trampoline on Craigslist.  Four hours after posting my ad, I sold the trampoline to someone here in base housing!  I love Craigslist!  Now if I can only find someone to buy our portable basketball hoop…