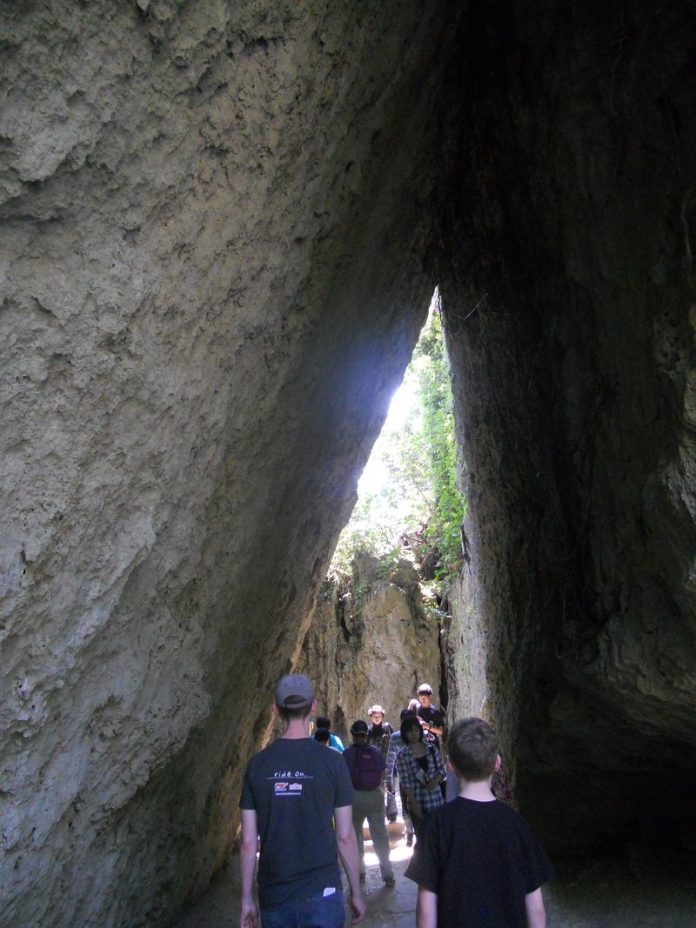 You’re probably aware that Okinawa is the home of nine sites designated as UNESCO World Heritage Sites, and you’ve probably visited the biggies–Shuri-jo, Zakimi-jo, maybe Shikana-en Gardens. But what about that one on the map–the cave-like picture with the cryptic name? In our quest to see all of the nine UNESCO World Heritage Sites on Okinawa, my family recently visited Sefa Utaki on the Chinen Peninsula. While most of the sites on the list are gusuku (castle) ruins, Seifa Utaki is a fascinating glimpse into indigenous Okinawan religious practices. The site was considered extremely holy and was used as a place of worship by the Ryukyan Kingdom. This sacred destination consists of a number of caves and towering rock formations sheltering altars which are still visited by locals.

Today, Seifa Utaki is a lovely stop, easily added on to a day trip to Okinawa World. The shady paths offer a break from the Okinawan sun, and the peaceful atmosphere evokes the Ryukyu of the past. After a rather treacherous climb up a steep, stony path, the self-guided tour takes you on a walk through the woods to various altars. Along the way you’ll enjoy spectacular views out over the Pacific Ocean to nearby Kudaka Island. A highlight is the “Triangular-Shaped Opening,” a passage between two huge rocks that leads to a serene niche holding two more altars. Near the Triangle are clay pots positioned under two huge stalactites. The water from these used to be considered holy and was used in fortune-telling and royal rituals.

Directions: Seifa Utaki is just off the 331 on the Chinen Peninsula, about 15 minutes from Okinawa World. It is well sign-posted just after the Chinen Village Office. There is ample parking, a small visitor center with restrooms, and an English-language brochure.

Admission:  Y100 for children and Y200 for adults. We did not have small children with us, but I would not recommend bringing a stroller on the paths.