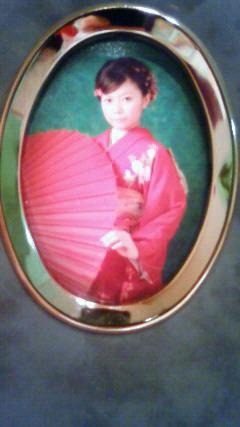 This post was originally published on January 9, 2010.  We’re pulling it out of the archives so that all of you – especially our newer readers – can learn about this traditional Japanese holiday.  Seijin-no-hi is celebrated on the second Monday of January, which is January 13th this year.

Happy New Year to all of you! While I’ve been touring most of New Zealand’s north island, Joelle has done a great job of introducing you to some of the wonderful, but not-so-familiar local fruits and vegetables. She’s done such a great job actually that I’m reluctant to see her “Nani Kore” series come to an end. I do have it on good word however that we might see at least one or two more posts subtly slip into our daily Okinawa Hai readings.

But getting back “to learning” about all things cultural, I thought it would be appropriate this week to write about the Coming-of-Age holiday that’s to be celebrated throughout Japan in just two days time. This annual holiday, known in Japanese as Seijin-no-Hi, is a special day for all the young men and women who during the previous year, reached the age of twenty and thus “officially” entered adulthood.

In honor of these young men and women, a ceremony is typically hosted by the various town halls and city offices. Invitations are sent out to the young adults, who adorned in either traditional or formal wear, attend the ceremony before typically heading out to celebrate with friends and/or family.

Traditionally, young men wore hakama to the ceremony, an outer garment that looks like a skirt and which is worn over a kimono, and young women wore a long-sleeved kimono called furisode. These days, suits seem to be the popular choice of attire for young men, while the majority of young women still seem to prefer the traditional furisode over the modern-day dress.

For those girls who choose to wear furisode, package deals exist which include the rental of not only the kimono, but also an accompanying bag, a pair of sandals (called zori), a slip, and also the obi (belt). Because the furisode is rather complex, it usually requires the assistance of a second person to tie it, and I believe that this service is also provided by any of the establishments which rent or sell the garments. Most girls also get their hair and make-up done profesionally.

For the most part, this is a thoroughly enjoyable day for not just the young people being celebrated, but also for close friends and family members. Keep an eye out for these young people as you venture out on Monday; catching a glimpse of them dressed in their beautiful outfits and sporting proud grins will surely be a sight worth seeing.

Before I end this post, I just wanted to add a little information about something which has no relevance to what’s been written above, but which is instead a continuance of the New Year theme. Upon our return home last weekend, one of the first things I noticed when we arrived at our house were the following decorations outside our neighbor’s front door.

Many of you who live off-base may have noticed similar-type decorations around your neighborhood too, so before they all disappear I wanted to quickly explain their presence and what exactly they are.

Part of the New Year rituals for many Japanese families includes the cleaning up of their homes, followed by the placement of decorations such as those shown below (usually made of either pine, bamboo, or straw) right outside their front door.

The rope decoration at the top of the door is called shimenawa; it’s considered sacred and is believed to ward off evil. The decorations placed at both sides of the door are called kadomatsu; these supposedly provide a temporary shelter for kami (gods), who during their short visit will encourage the toshigami (god of the New Year) to come and bring blessings and prosperity to the occupants of the house.

So there you have it, protection from all that’s evil and an open doorway to all that’s good. I don’t know about you but I’m all about that! Here’s to many happy returns this year……