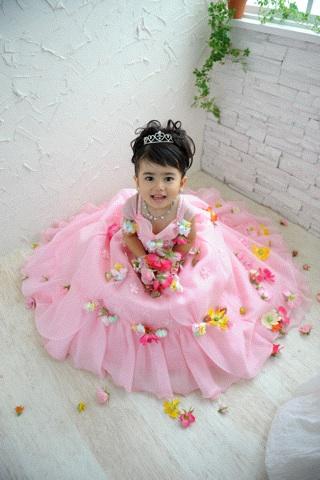 Shichi-go-san is not a national holiday and is celebrated on November 15th, or the closest weekend that falls on that date.

Those of you who know your Japanese numbers will know that the Shichi-Go-San festival means the Seven-Five-Three festival. I learned about this special event just a few weeks ago when one of my English students proudly showed me some beautiful photographs of her angelic-looking little girl, dressed in both a gorgeous kimono and sweet-pink princess dress. Intrigued by not only the stunning costumes, but also by the obvious attention given to hair, make-up, and accessories, I asked my student what the occasion was, and she proceeded to tell me about Shichi-Go-San.

Each year in November, typically on the weekend of, or closest to the 15th, parents of young boys aged three and five, and young girls aged three and seven, visit a local shrine and pray that their children will be blessed with long and prosperous lives.

One of the first beliefs regarding the origins of this tradition can be traced back to the Heian period, when court nobles acknowledged the growth of their children and celebrated their entry from infanthood into middle childhood. Later however, during the Muromachi period, the rate of infant mortality was extremely high and if a child managed to survive beyond the age of three, he or she was considered very lucky. Hence it is also a popular belief that it was actually during the Muromachi period that the Shichi-Go-San tradition took hold.

From these notions a culmination of rituals developed, including a custom adopted during the Samurai era, whereby children were not permitted to grow their hair until they reached the age of three. In the spring, following their third birthday, they celebrated “kamioki,” an occasion marked by the rejoicing of parents who no longer had to shave their children’s heads. Nowadays, in place of the kamioki ceremony, three year old children don beautiful kimonos during the Shichi-Go-San festival and make their way to the shrine, usually for the first time.

Shichi-Go-San is celebrated a second time, by boys when they are five, and by girls when they are seven. Five year old boys celebrate what is known as “hakamagi-no-gi,” and for the first time they will be suited up in their official “hakama,” or formal Japanese skirt (although in recent years boys have been seen wearing formal dress suits). Seven year old girls celebrate “obitoki-no-gi,” and are dressed in beautiful kimonos with a traditional obi wrapped around the waist, rather than simple cords. Once again, both boys and girls will visit a shrine with their parents and receive prayers for good health and long lives.

Also worth noting, is the fact that nowadays parents take their children to photo studios which have begun to capitalize on this and other traditional events, by offering specialized package deals which may include one or two costumes, as well as makeup and hair-styling services. The photos my student showed me for example, were taken at a popular studio in Naha, called Hollywood Photo Studio. Parents value the opportunity to capture these special childhood moments, which they realize will be over far too soon.

If you’re looking for something to do next weekend, why not visit your nearest shrine and get a glimpse of the proud parents and their beautifully dressed children as they celebrate Shichi-Go-San. And if you are the parent of a three or five year old boy, or a three or seven year old girl, perhaps you might like to consider taking them along to one of the many photo studios offering a specialized package as mentioned above. It will surely be an “Okinawan” experience to remember, and one that you get to take away with you in the form of beautiful photo images.

Blessings to all the young seven, five, and three year olds out there!