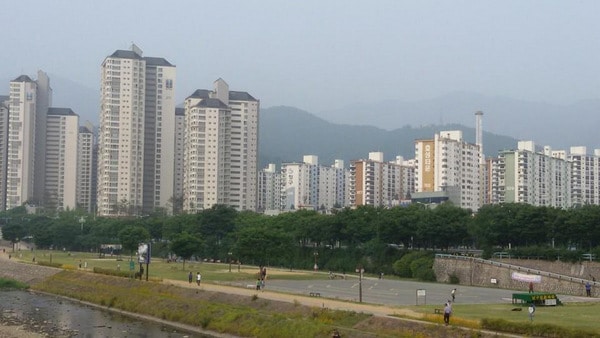 Stationed in Korea & Japan: A Comparison

Sometimes, living abroad puts the wanderlust in our hearts, and when the opportunity to move from one OCONUS duty station to another is too tempting to pass up. This post was originally published on our Overseas Yes network site, Korea Ye, and is being shared here for those of you who are considering a move to Korea sometime in the future.

Now that I have been living in Japan for about ten months, I thought it was time to write about the differences between living in Korea and Japan. I believe that the descriptions of my previous living conditions are critical since I will be essentially comparing mainly the city I called “home”. Locations and size of both cities will be detailed in my entry.

Our first overseas tour of duty was in Daegu, Korea. The third largest city in Korea, we lived in a high rise apartment with big city living amenities. I came from suburbia, USA and had some adjustments to make in order to fully appreciate my new home. We resided in Daegu for a year and a half, and fully enjoyed it! Granted we felt homesick for Savannah, GA, and leaving our family and friends was difficult. After the initial culture shock, I loved living in Korea! Here I had found a new place to call home. I made new friends and found a new hobby, writing. I stumbled upon Korea Ye and enjoyed writing articles for this website.

Our next tour of duty was Iwakuni, Japan. Located in the Yamaguchi Prefecture, this city is known for its industrial sites. Petroleum is its main product, along with lotus farming. The lotus flower is beautiful, and the root is harvested as a food source. There are endless lotus fields located throughout town. Needless to say, I went from living in a large metropolis to a small countryside.

While living in Korea, I visited Tokyo and Okinawa. I fell in love with Japan. My husband and I discussed how nice it would be to live in this country. I accepted a job in Iwakuni and thought that with enough research, small town living would suit me in the long run. I have learned to appreciate my new home, but I do miss Daegu.

Here’s what so different:

Driving on the Lefthand Side in Japan

One of the main differences I notice about living in Japan is here we drive on the left-hand side of the road. I have visited London in the past, but never drove in that city. Adjusting to this type of traffic was a challenge, but now I am accustomed to it. Driving habits here are much calmer. I always wondered how Koreans could have so many customs to show respect, but when it came time to driving, all respect was left at the wayside. Japanese drivers are so courteous, I’ve never felt threatened on the roads, unlike in Korea.

I noticed while visiting Tokyo, the pedestrians will not cross the road even if traffic is clear. Most people wait to cross until the signal turns green. This was the first observation I found to be prominent in Japan. Now that I have lived here for some time, it’s not just the crosswalk: all rules are meant to be followed.

The Japanese are much more reserved and rarely show extreme displays of emotion. I have to preface this by saying that not all Japanese people refrain from exhibiting emotions. My first impression of Tokyo and its inhabitants is that they seem to be more stoic than Koreans. I fully enjoyed the warmness and friendliness of Koreans. I experienced firsthand when we landed in Incheon airport, how helpful and caring Koreans are by nature.

English Speakers Are A Rarity

I’m not sure if it’s because I currently live in a smaller town, but I found that it is difficult to find any Japanese natives that speak English. With the exception of those that I work with on base, I have only met two people that speak English. Translators are a common business service here. For a fee, you can employ one for their bilingual skills. I have contemplated hiring one here in Iwakuni, but haven’t taken the plunge. Daegu had more English speakers and I was fortunate to meet a Korean lady that spoke English and Korean. We became fast friends and that helped me and my family navigate Korea better.

Both Korea and Japan display their artistic side when building temples. Korean temples are more colorful and exhibit multiple colors in a single building. In contrast, Japanese temples are equally grandeur in stature but seem to have a monochromatic color scheme. I’ve noticed that the colors are more subdued and stay within complementing scheme. Korean temples have multiple displays of hue in just one temple.

Have you lived in both Korea and Japan? What were some of the similarities and differences that you discovered between these two countries and their cultures?