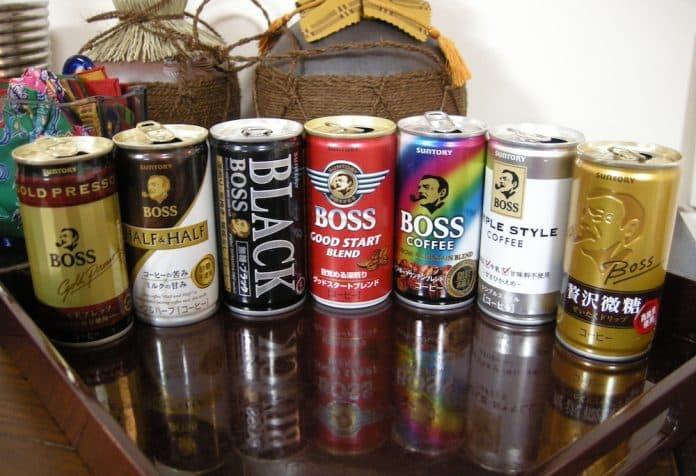 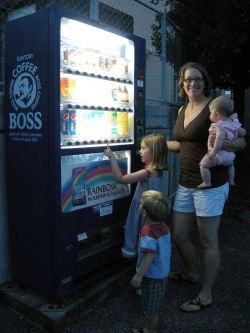 I wouldn’t call myself a “coffee snob” but I would definitely say I know a thing or two about good coffee. My first job in high school was at the mall coffee shop. Later, when I was in college I even met my Marine husband while working at a Starbucks near Quantico. During my time here in Okinawa, I’ve been fascinated with the convenient coffee vending machines found on nearly every corner.

There are the DyDo, the Georgia, and the UCC, but my favorites are the Suntory Coffee Boss machines. In my personal philosophy, why buy coffee from anyone other than “the Boss of them all since1992”?

My husband says there is little distinguishable difference in the dozen or so cans of Boss coffee you can buy, and honestly, it was hard for me to tell a difference when I would just buy one can at a time. So, I decided once and for all, to set the record straight with my own Suntory Coffee Boss taste testing. 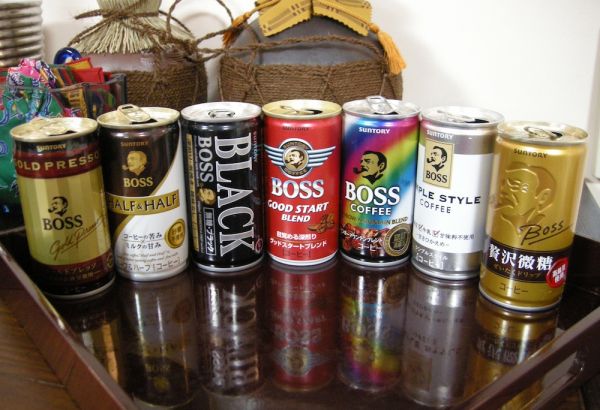 With my pocket full of yen coins, I walked to two different vending machines to load up on cans of coffee. I recruited my neighbors to help out, and in all, we sampled seven of the Suntory Coffee Boss Drinks: Black, Good Start, Half & Half, Rainbow, Simple Style, Gold, and Gold Presso. This isn’t an exhaustive list of canned Boss coffees, but we arbitrarily limited our tasting to the machines closest to our house. In the winter months some machines offer hot cans, but because we did this tasting in the summer, we tested only cold drinks. Depending on the drink machine, each coffee was 100 or 110 yen. 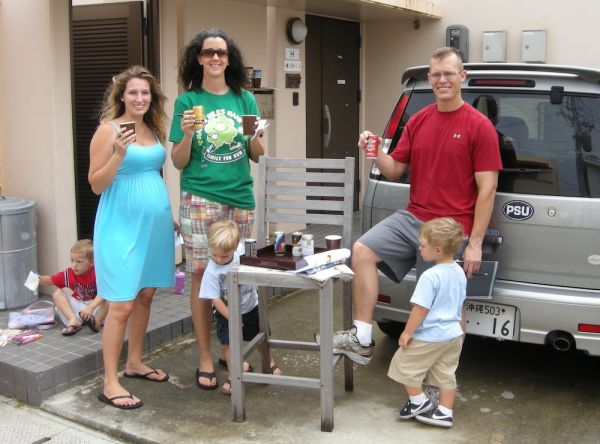 Using no scientifically official method (we went for the fun approach!), here are our findings… 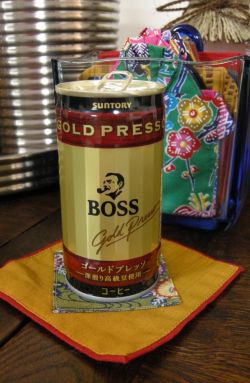 Out of the seven coffees, there was one clear favorite. We all ranked Gold Presso the best for its bold coffee flavor, light cream, and subtle sweetness. The Rainbow was a close second with a milder coffee taste and creamy sweetness. To round off the top three, Suntory’s Gold was another good choice with a nice balance of sweet and creamy.

The next three coffees got mixed reviews from our “panel of tasters.” Some enjoyed the Good Start but in my opinion (as someone who prefers my coffee black) it was much too sweet, lacking a good coffee flavor. Half & Half was another sweet coffee and like its name suggests, it was rather creamy- too creamy for a few tasters. While others ranked it low, I actually preferred the Simple Style Coffee. It was less sweet than the other coffees and still had a nice creaminess to it. In fact, Simple Style may be my new favorite from the 100 yen machine.

Out of the seven, there was also one clear loser. Black was a bitter drink and it lacked any bold flavor. As one taster put it, “Yuck! This tastes like it has been sitting in the coffee pot for days.” I agreed.

There were still other Suntory Coffees we could have tried like Boss Ice Coffee and Suntory Latte, not to mention the tons of varieties from the other Japanese brands or American Starbucks varieties like One Shot or Frappuccino in a bottle. But, alas we had to limit our caffeine buzz at some point.

Even for me, as a coffee connoisseur, I was surprised at the expanse of flavors in the Suntory Coffee Boss line of drinks. So, however you prefer to drink your coffee- just black, coffee with cream, coffee with sugar, or sugar with a drop of coffee- I’m certain there is a Suntory Coffee to fit your distinct taste. Kumpai!