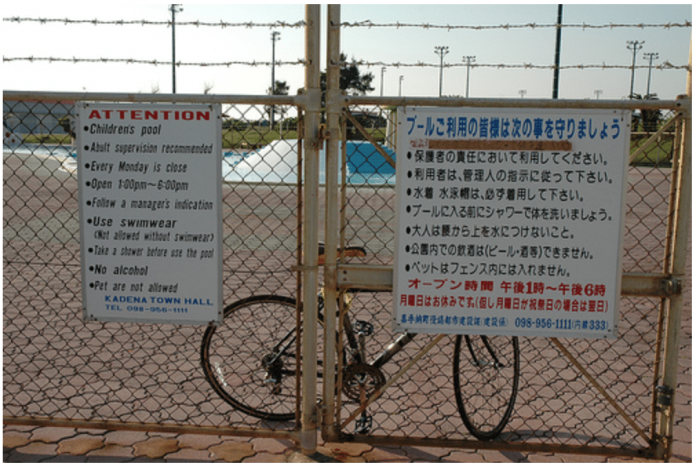 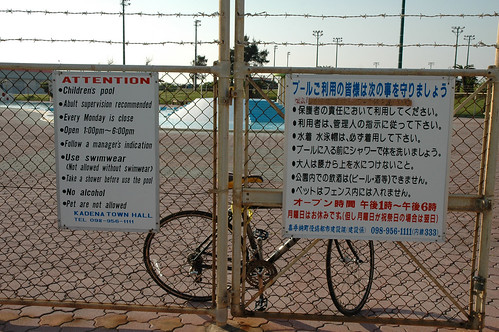 I’m not sure when exactly it opens for the year but I’m guessing the beginning of May during Golden Week. Click on the picture above for more flattering images.

Directions: North on 58 out of Kadena Gate One. Pass two lights. The second light will have a Lawson’s and KFC to keep you oriented. Take first left after the second light. Navel Kadena will be on your left. This street will dead end at the park but you will not see the pool just yet. I recommend taking a left behind Navel Kadena and parking along that road. There are a couple of parking lots nearby but they are often manned by police and don’t look welcoming to the public but I may be wrong. When you enter the park walk left and towards the sea-wall. You’ll see baseball fields and playground equipment but keep going left and towards the water. In the other pictures of this pool you’ll see an octopus-shaped slide. The head of the octopus is visible from various points in the park. Navigate according to the octopus head!