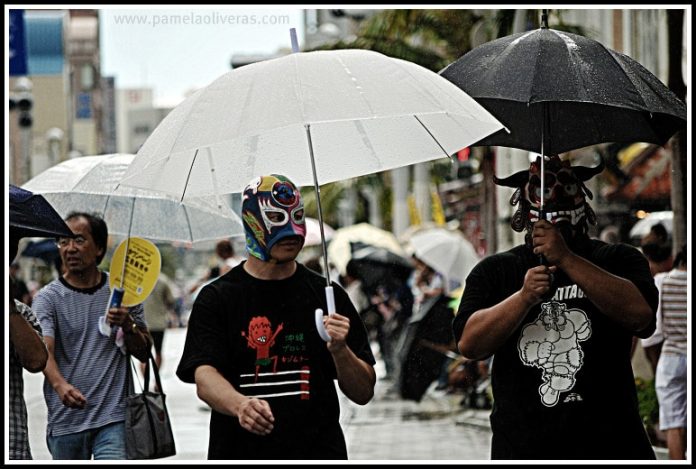 So, rainy season is officially upon us (May, June). However, Okinawa, in my experience is just one of
those random rainy places. Maybe every month can be considered a rainy season?…

So, rain, who needs it? Well, we all do here on Okinawa apparently, because we don’t want to have to deal with implemented water rationing that I hear involves no water for a couple of days. Humidity and no showering do not make for a pleasant smelling mix. Times that by thousands upon thousands of people and YUCK! So, rain, bring it on!

The above image was taken at the 2008 Eisa Festival (July. Not the rainy season!). The heavens opened for hours but it didn’t stop the fun. The camera was all wrapped up in plastic bags and a towel. And the people partied like it was 1999. Go, rain or shine!