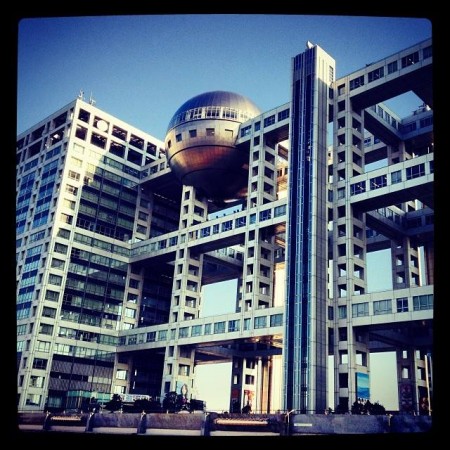 Wanting to make the most of our first trip to Tokyo, we decided to venture over to the Odaiba area on our last day. According to the research my husband did, the area was supposed to be full of a ton of various things to do.

The Odaiba area has something for everyone. When you first get off the subway you have a choice to head toward the large Ferris Wheel and the mall it is attached to, or you could do what we did and head across the bridge and explore the area on the other side of the freeway. We decided to head first to the Deck’s Mall.

The Deck’s Mall is a seven-story building full of shops, eateries, and tourist attractions. One of these attractions is Legoland, a museum that showcases a wide variety of Lego creations, which are amazing. The cost to walk through is 2,300 yen per person; children 2 and younger are free.

Right next door to the Legoland entrance on the third floor is Madame Tussauds Tokyo. If you have never been to a wax museum before, you are in for a treat. The statues are truly amazing and life-like. A beautiful statue of Marilyn Monroe greets you at the entrance and is just a sample of what waits for you inside. The cost is 1,900 per adult and 1,500 per child. If you are interested in seeing both attractions, there is a package deal that costs 2,500 yen per adult and 2,100 yen per child.

After we left the Deck’s Mall, we headed over to the waterfront, Odaiba Kaihin Park, which showcases the beautiful Rainbow Bridge in the distance.

Also found near the waterfront is a miniature Statue of Liberty. Across the street is breathtaking building architecture of the Fuji Building.

If you keep walking in a circle back toward the metro station, you will pass another mall called the Aqua City Mall. On the top of the mall you will find one of Tokyo’s top 10 shrines, the Aqua City Odaiba Shrine. This shrine is said to house the Spirit of a Shinto god “Oise-sama” from the Kanto region, and is the guardian deity for the region. This shrine is the only one people in the Odaiba and Ariake area can go to.

The next big mall you come to is the DiverCity Mall and is where you can see the world’s largest Gundam. The Statue is definitely something you don’t want to miss. The mall also has stores that, if you have been living on Okinawa for a while, you will truly be missing from the states. Some of the stores you can find there are Old Navy, American Eagle, Forever21, and several others.

The last mall in the area is the Venus Fort Mall, which is considered to be one of the outlet malls in Tokyo. Right next door to the mall is the famous Palette Town Ferris Wheel that is 100 meters wide and 115 meters tall. This Ferris Wheel puts the one in American Village on Okinawa to shame. To ride it is 900 yen per person and the ride takes about 16 minutes. The ride gives a breathtaking view of the area, and is highly recommended.

After walking through this whole area, we were tired and decided to call it quits for the day. But there was still so much to see in the area and do! This area is probably one that in the future we will plan to spend a couple of days exploring. If you are looking for a place that has a little bit of something for everyone in the family, then the Odiaba area is definitely something to add to your must-visit list.

Directions: From New Sanno, take the Hibiya Line from Hiro-o (H-03) to Hatchobori (H-11). This should be about 8 stops and run you 190 yen per person. Then transfer to the JR Keiyo Line (track 1) to Tokyo Teleport Station. This should run you about 380 yen per person. When you get off, head to the surface and you can determine your plan of attack for the day.