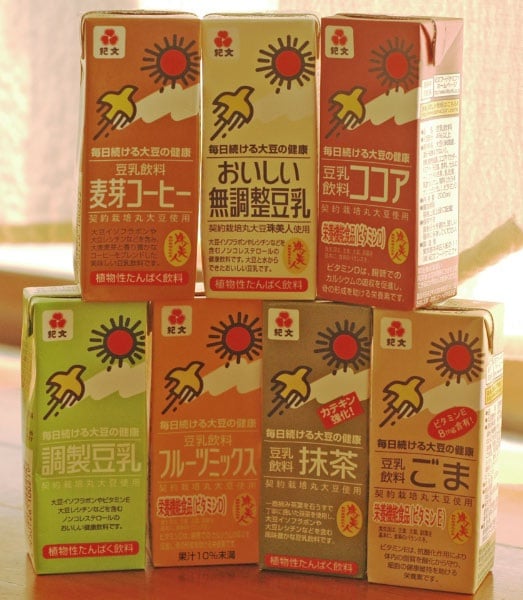 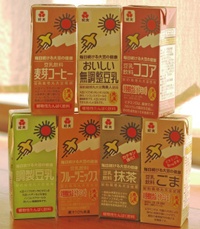 I had been away from Japan for so long until I came back two years ago that I didn’t know about this brand of soy milk. Meredith introduced me to it. They are tasty! She suggested that I would write a post on Japanese soy milk. Good idea.

I’m a big fan of “Silk”. My stomach doesn’t do so well with cow’s milk, but I used to not like soy milk until I was introduced to “Silk”. Then I fell in love with it. I hope that you will have the same experience with this Japanese soy milk. So, I purchased all these soy milks and brought them to Meredith’s house and we had tasting of soy milk, like wine tasting. Gotta love tasting, right?

Before I tell you which we liked, I will explain what is what.

You can buy these types of soy milk at almost any supermarkets in Japan. They usually cost around 80 or 90 yen each. Inexpensive and healthy. Why not try them out if you are into healthy stuff? What is your favorite?