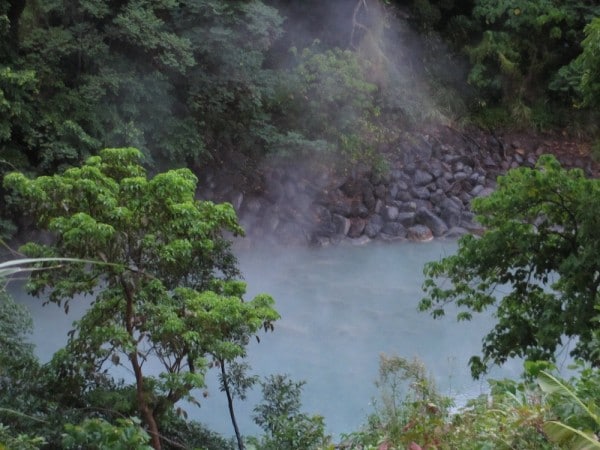 Before 2012, I had never had a desire to go to Taiwan. I never even thought of Taiwan as a vacation spot. However, when we were looking for a place to vacation over the summer and found that most trips out of Japan would cost over a $1,000 a person just to fly somewhere, the Lord blessed us with a ten-day trip to Taiwan for a little less than $500 per person! We bought the tickets and started researching things to see. All I could think about was how everything would probably be so extremely cheap since so many things are “Made in Taiwan.” Cheap products being made there was basically all I knew about Taiwan, really. Well, that and it being the Republic of China, and Taipei was the capital. Little did I know that even a full year would not be enough time to explore all that Taiwan has to offer. It has amazingly beautiful countryside, tropical ocean beaches and family adventures all of which were awaiting us, and we almost didn’t go! But please note that visiting Taipei is not visiting Taiwan! There is SO much more to see than just the capital city of Taipei.

During our entire trip, we used the MRT lines (think subway, but way better) which were always on time, clean, quick, and cheap! It was raining pretty hard a majority of the time we were there, as a typhoon struck in the middle of our trip, but that didn’t stop our family from having a great vacation!

Because we only had ten days in Taiwan, I planned out a complete itinerary, but that often got changed because of the typhoon or rain. Thanks to www.tripadvisor.com, we just did the top rated things. In this first part, I’ll tell you about our adventures discovering some of the natural wonders of Taiwan.

On our very first day, right after coming from the airport, we dropped our bags off in our hotel room and went straight to the hot springs in Beitou. Beitou is a town full of different hot springs. Many Beitou hotels and traditional baths are around Qinshui Park. You can opt to go to the public hot springs where, unlike most of the bathhouses in Japan, you can wear bathing suits. We also went to the Beauty Age Hotel that offered private family size baths with tatami resting areas with a TV and bottles of water. Our family could also use the hotel’s main bath area privately. Our family enjoyed this a lot. In addition, there was ‘The Beitou Hot Springs Museum’ that housed all of Beitou’s history. Another spot to visit here is Hell Valley or Geothermal Valley. This is a spot in Beitou where there is a natural sulfur hot spring where water temperatures can reach 100 degrees Celsius. As you walk around Beitou, there is a constant rising of steam all around you and the smell of sulfur hangs in the air everywhere. After a while, you actually get used to it.

The next attraction was a little surprise. What can you get for a dollar where you live? Maybe a soda, or a dollar burger from McD’s, or an item at the dollar store (in the U.S.– not in Japan, because they would be 105 Yen and depending on the yen rate, it would be more). But for a dollar in Taiwan, you can pay the entrance fee for the awesome, world-famous Taipei Zoo. With that dollar, you will NOT get what you paid for. Instead, you’ll get waaaaay more than what you paid for– even on a day right before a typhoon is supposed to hit.

We had wind and rain on our day visiting the zoo, but thankfully we were prepared with our 105 Yen raincoats we brought from Okinawa. Yes, our raincoats cost more than our admission. In fact, we paid for one adult admission, and then got one adult free and two kids in for free also. Maybe it was a special that was going on because of the rain.

One of the awesome parts of the zoo is the large panda area, complete with a multi-story panda display. However, after we visited the great panda area, our kids wanted to go home because of the rain. Blessedly, the rain let up and we only had intermittent showers after that. And like the rest of Taiwan, there was a lot to see here.

It was a huge zoo. We didn’t think we would get through the whole zoo, but we did! It was once the largest zoo in Asia. Not sure if it is still the largest. We expected to spend only a few hours here, but we ended up spending a whole day. We attempted to do the Makoang Gondola ride on the same day, but couldn’t because of the rain and the time. We actually came back on our last day in Taiwan to do the Makoang Gondola ride, and were SO glad that we did. The ride is spectacular, a once-in a lifetime experience, but more on that later.

On our last day in Taiwan, we visited the also world-famous Taroko Gorge. I sigh just thinking about this place. I was not prepared for what I saw here. Soaring mountains and incredibly deep valleys surprise you around every turn. It has to be one of the most amazing places I’ve ever been – even outdoing the Grand Canyon at times in scale of tremendous beauty. Cliff faces over 3,000 feet high plunge down to rivers and waterfalls. Incredibly twisty mountain roads carve their way through tunnels along raging rivers. Every turn, every nook, every piece of marble—everything was spectacular.

This is one of Taiwan’s national parks. There were huge cliffs that we could walk along with what should be rushing whitewater, but since we went after the typhoon, it was brown water. Our guide said it was one of the worst typhoons they’ve experienced in that region ever, so it would take months to recover. Still, it was powerful. I was in awe the entire time, I can’t imagine coming here when the rivers are clear and blue/green as they are in the photos we saw. Most of the trails and even some of the roads were closed because of fallen rock and landslides.

And like the other places in Taiwan, a day is not enough here. You can easily spend a few days here. They have lodges and hotels to stay at. To get here, you can ride the train – it took us about three hours for the express – or you can take a plane. You can also join a day tour at a higher price. Since the day tour was too pricey for our family of four, we decided to brave it and ride a train there, kind of on our own. We figured out the train system, bought tickets, and woke up at 4 am to get to the station on time. But we made it, and it was an awesome adventure! Our hotel even supplied us a huge breakfast to take with us. Once we got there, we had a personal driver— I found out about him from tripadvisor.com. This man was very knowledgeable and spoke great English. He was in the Taiwan military and after he retired, he became a taxi driver. He even brought us to a place where we could go swimming with the Aborigines at the end of our day.

Finally, we said goodbye, and got back on the train headed north to Taipei, but we all really felt that our short day there in the Taroko Gorge had not been enough.

Click here for the rest of their story:  Part 2, Part 3