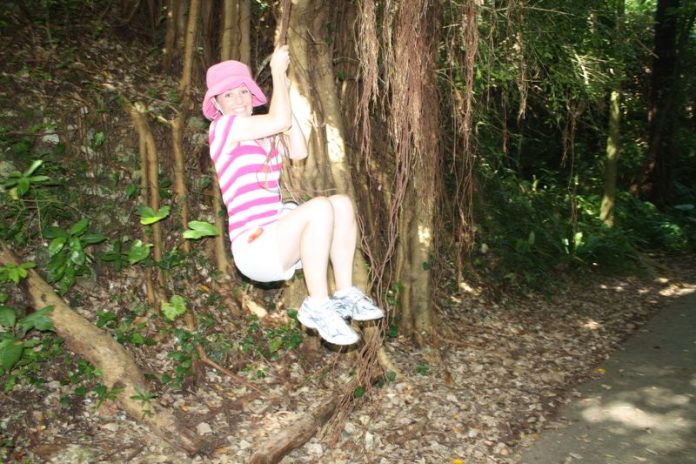 If you think the only things to do outdoors in Okinawa involve crystalline water, swaying palm trees, and sandy beaches, think again.

In truth, the island has an alluring network of caves and forests to explore. 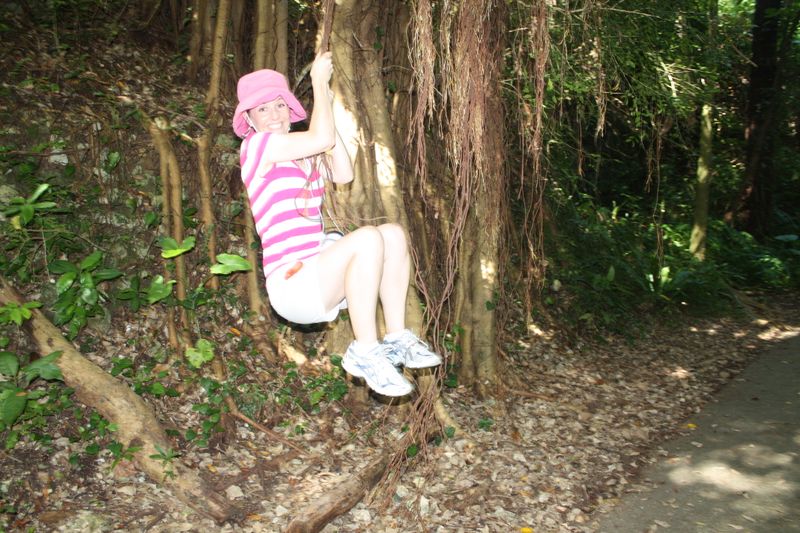 Recently, we discovered a little bit of this “underground” world when we visited the Valley of Gangala, a gorgeous mystical forest that feels like a movie set for Lord of the Rings. 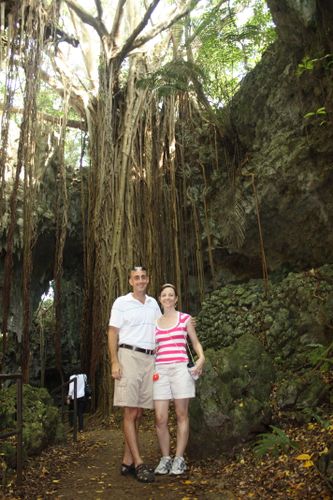 Never heard of it before? Neither had we, and it’s literally across the street from its more famous neighbor Okinawa World.

While Okinawa World has the benefit of being a sort of cave-themed amusement park with lots of amenities for kids and families, the Valley of Gangala is much more natural and rustic. 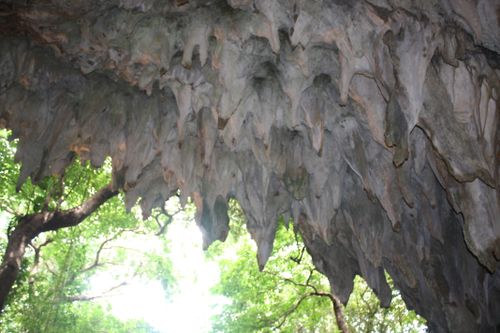 It’s an ideal place for people who enjoy the rustic beauty of outdoors and don’t mind a bug bite or two! In fact, it’s perfect for contemplating nature and photographing a fairy tale like forest.

So besides spiders and greenery, what else can you expect there?

Well, first off you descend into a cave that’s been transformed into a café and central meeting area, but not in an obtrusive or commercial way. You have to admit that’s pretty unexpected. When was the last time you sipped a latte with stalagtites hanging over your head? 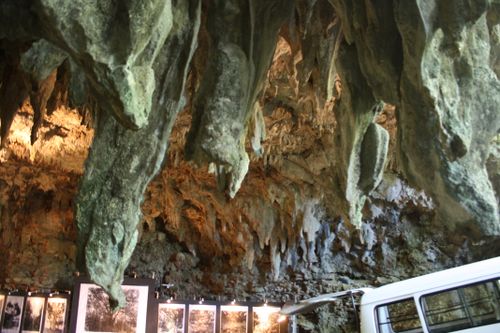 On the day we went, in fact, the café was adorned with huge artistic photos of the forest. They were also setting up for a traditional Okinawan musical performance in the cave.  How cool is that?

Next, we took a walking tour of the forest. We paid about 2000 yen a person for that because unfortunately, there’s no other way to see the area. Conveniently, however, they gave us each bug repellent, a mechanical anti-mosquito contraption, and a bottle of jasmine tea to sip as we sauntered through the greenery.

The tour was led by a nature guide and was entirely in Japanese, but the guide seemed willing to translate a few things for us.  Despite our lack of language, the walking tour was fascinating. We saw lots of forest plants, huge bamboo trees, caves with geologic rock formations thousands of years old, and a very special stalagtite. (The star attraction of all the caves!) I won’t say anymore than that! 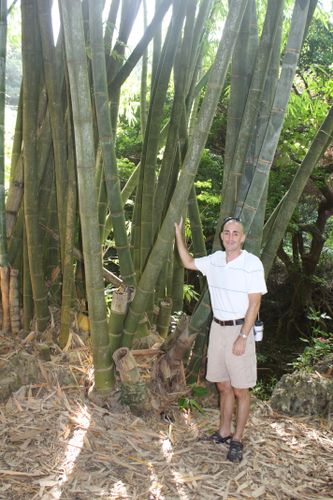 If you’re dying to know what the special attraction is, you can view our blog, but warning, it’s for adult eyes only!

The tours are scheduled every hour or so from 9:00 am and the park closes at 6:00. I recommend calling ahead to reserve a tour. If you’re stuck waiting for a tour, you can walk across the street to Okinawa world and check that out for a while though you may get sucked in! They gave us a discount coupon to do that and we managed to escape on time to make our tour.

If you are a nature lover, the Valley of Gangala is the perfect new place to enjoy.

Directions: Drive south on the expressway to Haebana Miniami 1C, Take 507 South, turn left on 331 and another left on the 17. Follow the signs to Okinawa World Cave Park. You’ll see Okinawa World on the right side and the Valley of Gangala on the left.