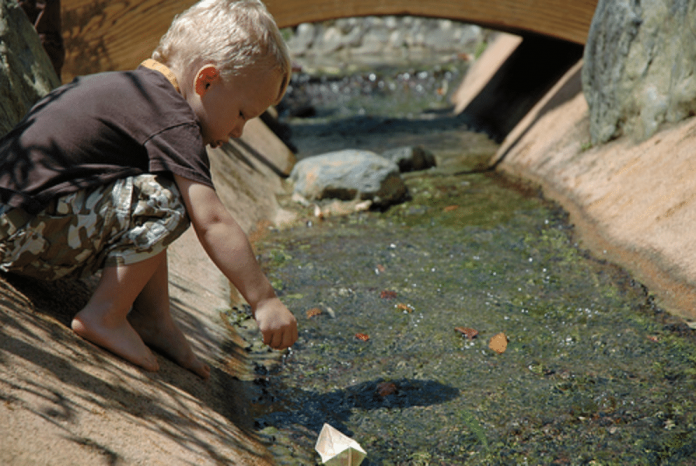 Last time we went to Wakatake Park, Julie had the brilliant idea to make origami boats and float them down the stream. It was a huge hit for Eli. So was getting wet.

Watatake Park has water to play in, a playground to romp on, a field to spin in, a wall to scale and a gazebo to shade yourself under.