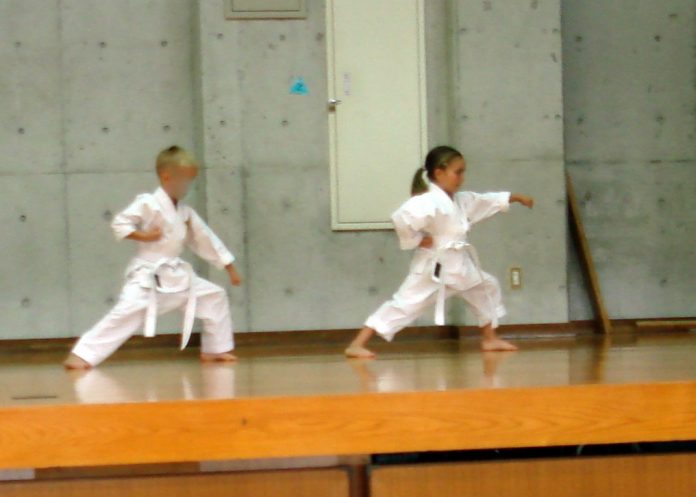 When I learned that I was pregnant with a daughter, my mind immediately filled with girlie thoughts: butterflies and flowers.  Tea parties and princesses.  Pierced ears, painted toenails, and makeup (way down the road).  Tutus and ballet class. 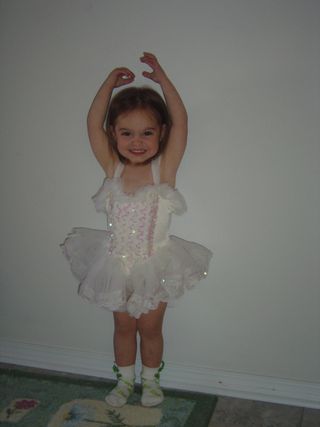 My little girl is about to turn six, and I have yet to enroll her in a dance class (that’s my tutu she’s wearing… it’s ancient).  Toddler gymnastics?  Yes.  Swim lessons? Repeatedly.  Beginner’s soccer?  You bet.  Drawing lessons and an international doll making class?  Uh huh.  But karate?!  Yup, that too.

I never imagined that I would ever enroll my daughter in a martial arts class.  Because I knew nothing of the discipline – other than what I “learned” from watching The Karate Kid and the three kickboxing classes I attended when I was 18 – I assumed it was really more of a guy thing.  Not something in which a little girl who loves princesses and Hannah Montana, who plays with My Little Ponies and Barbies, and wears dresses and pearls to school would ever take an interest. 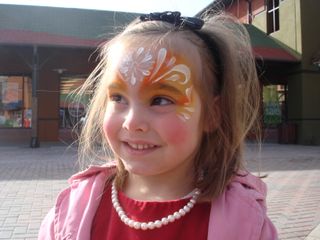 It started with an invitation from a friend: “The girls are playing together this afternoon, but my daughter has a karate lesson.  Do you mind if we bring yours with us to watch?”  I had no problem with that, and since she’d just finished preschool with a three-and-a-half month stretch in front of us before kindergarten began, I was hoping she might take an interest in something to help fill our days.  She came home with eyes sparkling and a plea in her voice.  “Can I try, Mommy?”

So two days later I followed my friend to Nix Karate Dojo, where I met the man that my daughter claimed tried to steal her hair because he had none of his own.   Because I hadn’t officially enrolled her in the class yet – I wanted to see if she’d like it first – she wore loose pants and a t-shirt.  Her moves were clumsy and all over the place; she was as completely uncoordinated as I expected her to be.  She moved her right hand when they asked her to move her left; she went up when they went down; she looked baffled by the very basic Japanese phrases and commands issued by Sensei Ron and his wife, Ms. Akemi.  But she loved it.  Every single sweaty, drenched-clothes minute (this was July, mind you).

And so I signed her up, bought her a gi of her own, and the next week I accompanied her to her very first lesson as a white belt. 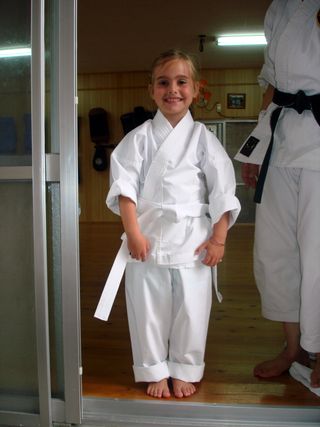 In the 12 weeks since then she’s been getting stronger.  More coordinated.  More still.  My child – who has trouble keeping her limbs quiet long enough to let me read a bedtime story without saying “Stop wiggling!” has learned to be still.  To focus.  To harness her own strength and resolve into performing movements that require her to use her body and her mind in conjunction with each other.

(She also initially became more aggressive toward her little brother, but when I asked her sensei for assistance he gave her a pointed talk about how karate is not to be used for beating up little brothers.  Or sisters.  Or friends. Or parents. We’ve had no trouble since.) 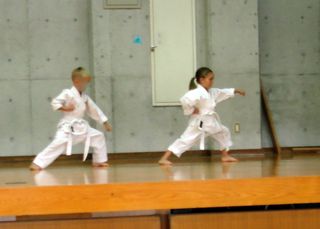 The gymnastics helped her learn gross motor skills.  Swim lessons allowed her to be comfortable in the water.  Soccer taught her the value of teamwork.  Art lessons brought out her artistic side and ultimately assisted her in learning to write the letters of the alphabet.  But karate taught my daughter that she has an inner strength she never knew she had.   Karate taught my daughter that even at five years old, she is capable of learning a complex series of movements after hard work, practice, and sheer diligence.  That she is capable of spending two afternoons a week in practice, adding in a few more minutes here and there throughout the rest of the week at home, and then getting up on a stage to perform those movements in front of a sizable crowd.  That she is capable of earning her yellow belt.

Which she did.  Yesterday. 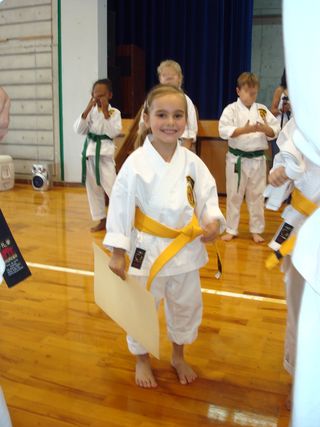 Several others commented about Nix Karate Dojo last year, and I can’t say enough about Ron and Akemi Nix as instructors.  They’re both just fantastic with children, and provide lessons for kids, teens, and adults starting at age 5 and up.  They teach American and Japanese children and adult women (with the occasional token guy thrown in for good measure); Sensei Ron is a retired US servicemember and his wife, Sensei Akemi, is Okinawan, and both are fluent in English and Japanese.  The karate style is Okinawan Seidokan.

Lessons here cost $30 per month; at two lessons a week (Monday through Thursday; you pick any two of those days that work for you; times vary depending on belt) that comes out to under $4 per lesson.  Other costs involved here are the purchase of a gi (karate uniform) which we purchased for 3000 Yen at a shop outside Kadena Gate 2, and a school patch to be sewn on the gi ($18).  I also paid $6 to have it sewn on in one hour at the alteration shop on Kadena since I lack a sewing machine or any associated skills to do so myself.  As students progress there is a fee for testing, new belts/stripes, and the certificate.  This school accepts both dollars and Yen.  For more information, please contact them at 090-8626-0593. 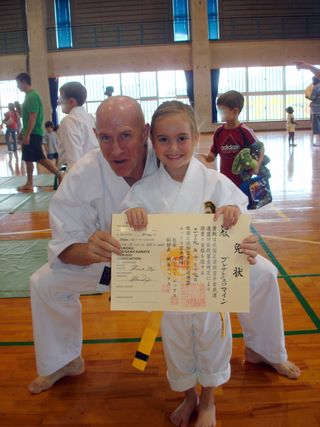 Other options that I know about for karate les sons are through the Youth Center on Kadena, MCCS programs on the Marine Corps bases, and through the USOs on Kadena and Camp Hansen.  From what I can tell, all these facilities require children to be at least age 5 before enrolling in a karate class.  You’ll need to check with each center to learn about class dates/times and fees.

Do you have your kids enrolled in karate lessons here on Okinawa?  Where do you take them?  Do you know of any karate programs for children under age 5? What have you seen as the being the biggest benefit of having them learn karate?  Do your kids participate in other martial arts programs?