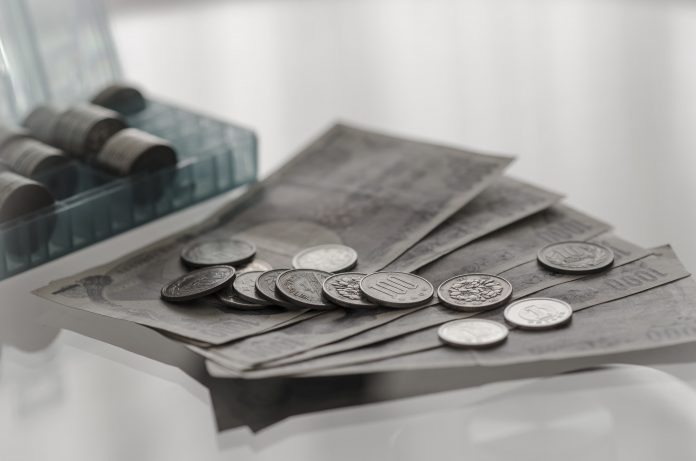 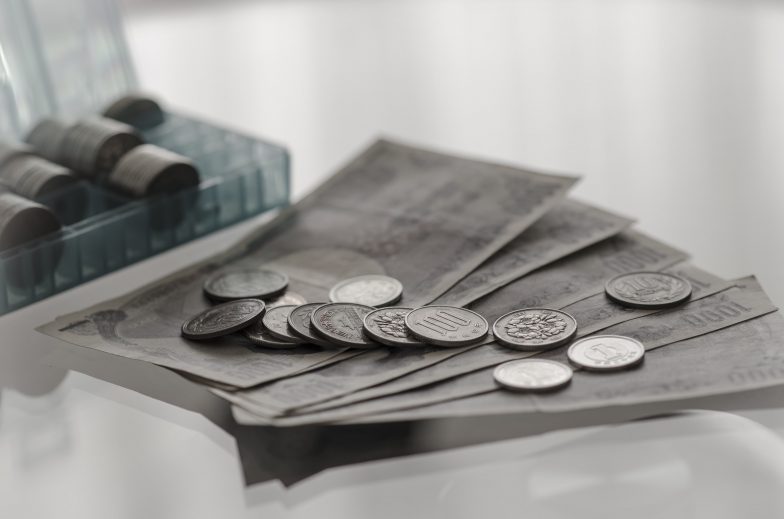 Many of us a have jar full of pennies (or yennies) sitting on our counters or desks at this very moment, but when was the last time you actually thought about how much these single unit coins were actually worth? 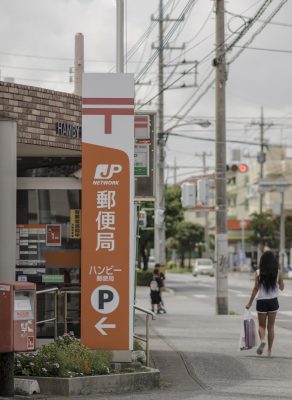 However, the exchange is almost never at a one for one swap.

As the market changes, so does the value of currency in that nation. In my three and half years stationed in Japan, I have seen the Yen rate drop as low as ¥75=$1, and as high as ¥110=$1.  The lower the yen-to-dollar rate, say ¥75=$1, the more valuable the yen becomes, and less valuable the dollar is. Vice versa, the higher the yen-to-dollar rate goes, ¥110=$, the less valuable the yen becomes, and the value of the dollar goes up respectively. With yen rates around ¥100=$1 there will be less of a difference between to the two currencies. Actually, with a rate of ¥100=$1 there is no difference in exchange, and this is where the term “one for one” comes from. One for one literally means 1 USD (US dollar) for 100 JPY (Japanese Yen).

Well, now you may be thinking, “Why do I care?”

Actually, there is a rather large significance that comes with a large currency exchange, or even smaller purchases or withdrawals over time when dealing with rates that differ by pennies or yennies. Say you have the option to pull out yen at the local base bank with a rate of ¥101=$1, but the exchange centers are selling JPY at ¥104=$1. That does not seem like a big deal, right? Technically, the only difference between the two is 3 cents, but those pennies will add up very quickly.

Here is where the pennies and yennies fit into all of this.

To exchange currency all you have to do is divide the amount of currency you wish to buy by the rate at which the currency is being exchanged. For example, let’s use ¥200,000 (typical off base rent) at a rate of ¥101=$1. 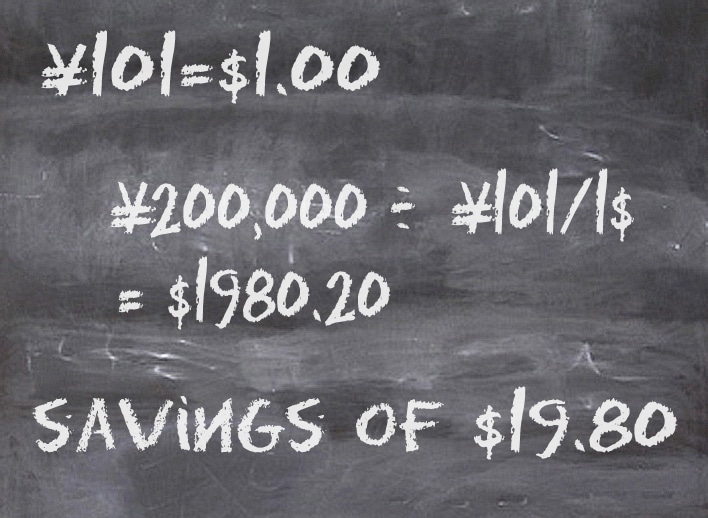 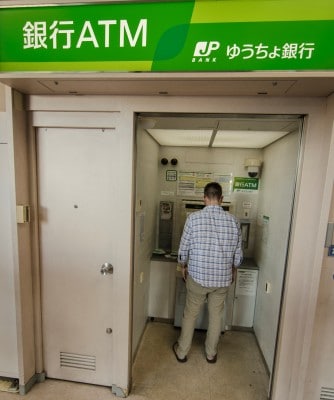 Even a small savings of 20 dollars adds up over time though. Twenty USD a month is $240 a year or $720 in three years. Do the same math for a savings of $60 per month, and those pennies and yennies are no longer as invaluable as you once thought.

“What are my options for exchanging or buying yen,” you ask?

Well, banks tend to have the WORST exchange rates, and given the pretext of why one yen can add up, your best bet is to find a location that is closest to market rates.

The best yen rates have been reported to have come from either local ATMs off-base, or from currency exchange centers.

Most currency exchanges post their sell-and-buy rates on their pages so you can see the rate that you are buying beforehand.

JP post bank ATMs are spread throughout the island at any local JP Post Office, Aeon Mall, and San A shopping centers. 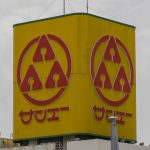 To my knowledge, JP post bank does not post their rates via the web, but I know firsthand that the rates are better than on base, and are similar to what the exchange centers offer.

You can find any JP Post office or ATM by visiting their website (only in Japanese, but you can use Google Chrome to translate) or using Google Maps. 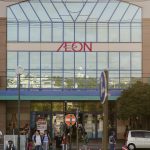 Here are some links to popular Exchange Centers on Island:

In the event that you are leaving the island and would like to exchange JPY to USD, just reverse the order.

Note: The buy and sell rates typically differ.
And that, friends, is how to get the most yen for your buck.