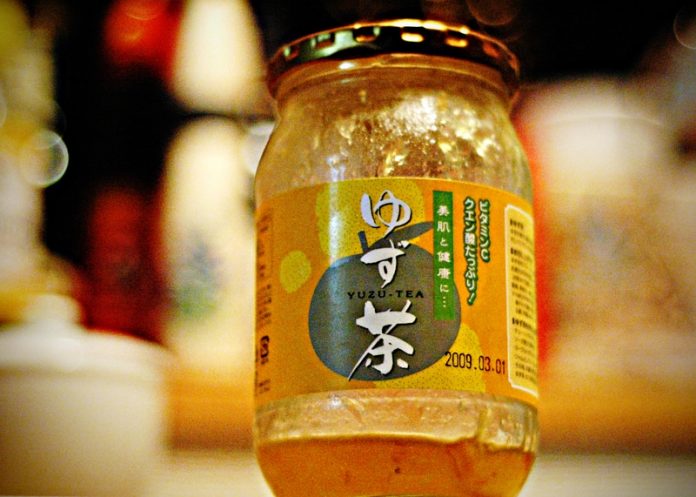 This is my almost empty jar of yuzu cha. Yuzu as in THIS fruit. And cha as in tea. Not sure exactly what makes this tea because it looks and smells and feels like a jar of marmalade. Unlike a jar of marmalade this tea gets scooped into a piping hot mug of water. And it’s as good as a cup of hot cocoa and a blanket in a snowstorm. Now is the season to get yourself a jar.

Just ask around at any Japanese grocery store. Drop a hushed sumimasen followed by Yuzu-cha arimasu ka? and you will likely be pointed to a glowing jar of comfort and warmth and innocence for under 1000 yen. Not sure if the grammar is right on that there sentence but it is one heck of a useful phrase. I think that the verb arimasu roughly means to exist. So yuzu-cha arimasu-ka is like asking if yuzu tea exists in the same way in English we might ask do you have yuzu tea. Feel free to correct me because I am no smarty-pants on this topic.