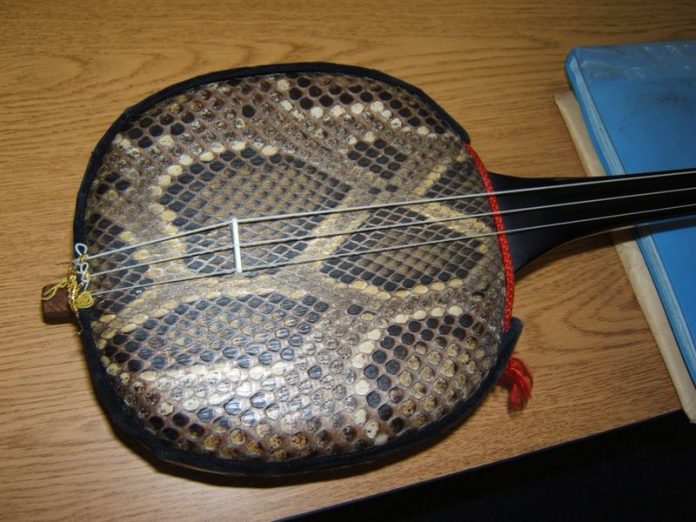 A year ago, I was fortunate enough to be serenaded by a lovely student, and his three-stringed instrument, the sanshin. Sanshin in Japanese actually translates to “three strings”.  If you have heard the sanshin (it’s sometimes played in Jusco) you’ll certainly recognize the *dink* dink *dink* like sound.

Unfortunately, I was not able to record my student- but here you go. A talented local Okinawan on You Tube. It’s almost as though the musician is gently “plucking” a lovely harp. A perfect song to enter the pearly gates- or on a lighter note to have a fruity cocktail at the seawall.  It’s an interesting little instrument that serves a variety of important Okinawan cultural events. 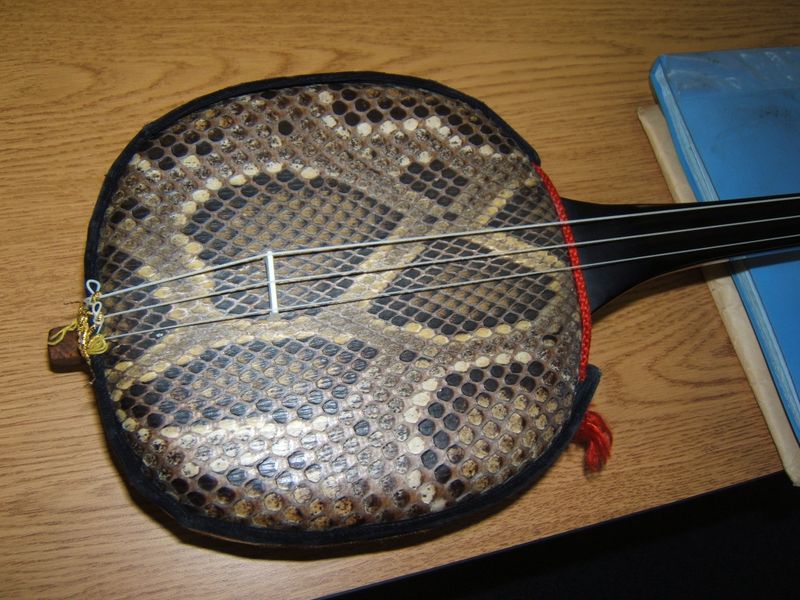 As always my inquisitive nature had to fire away after a soft serendae. It went something like this:

When do you “bust out” the sanshin?

I was explained that the sanshin is played when you build a tomb, have a family graduation, a wedding ceremony, the arrival of a new baby as well as when you are having a new house built. We also use an “amp” (see picture below) so that the music can be heard better.

What kind of forked- tongue reptile is the skin from?

In the past, they actually used Burmese pythons.

What is the sanshin pic made of?

Traditionally, it was made of elephant tusk (but now that is illegial to buy).

He went into some other interesting and complicated explanations about the three cords and their positions. 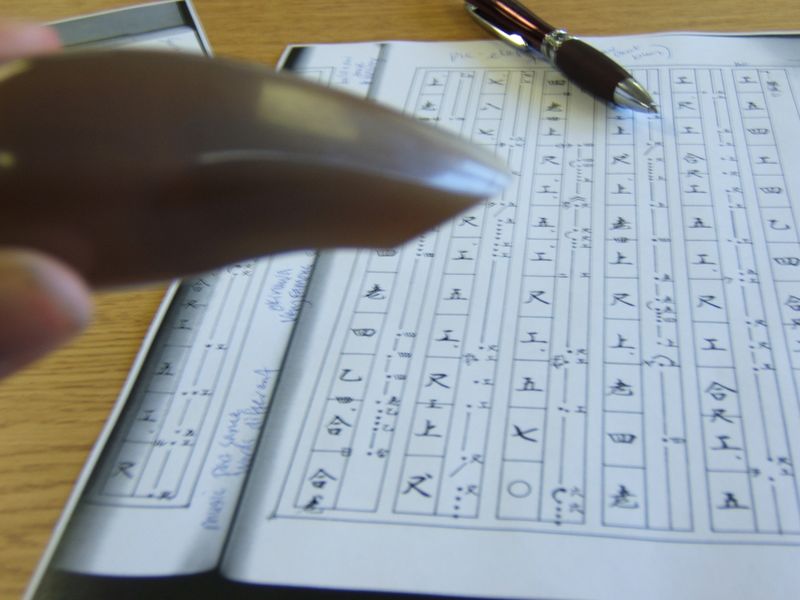 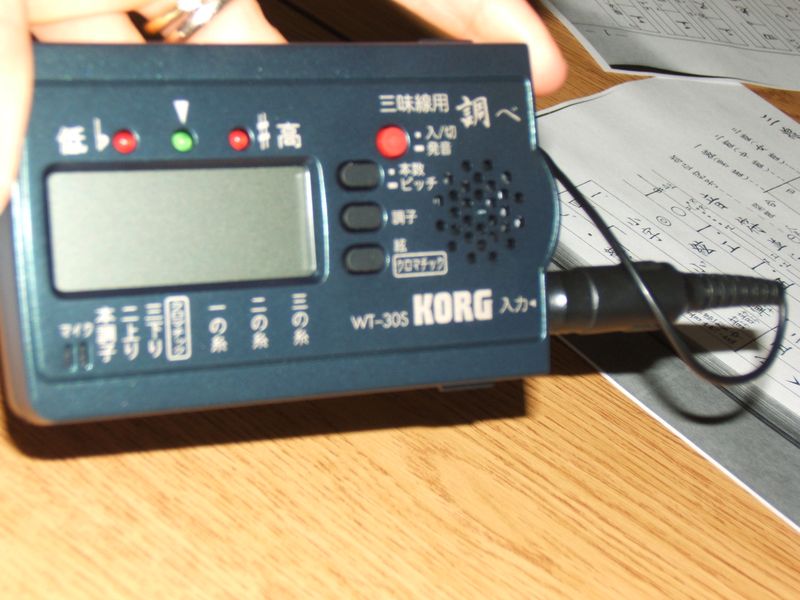 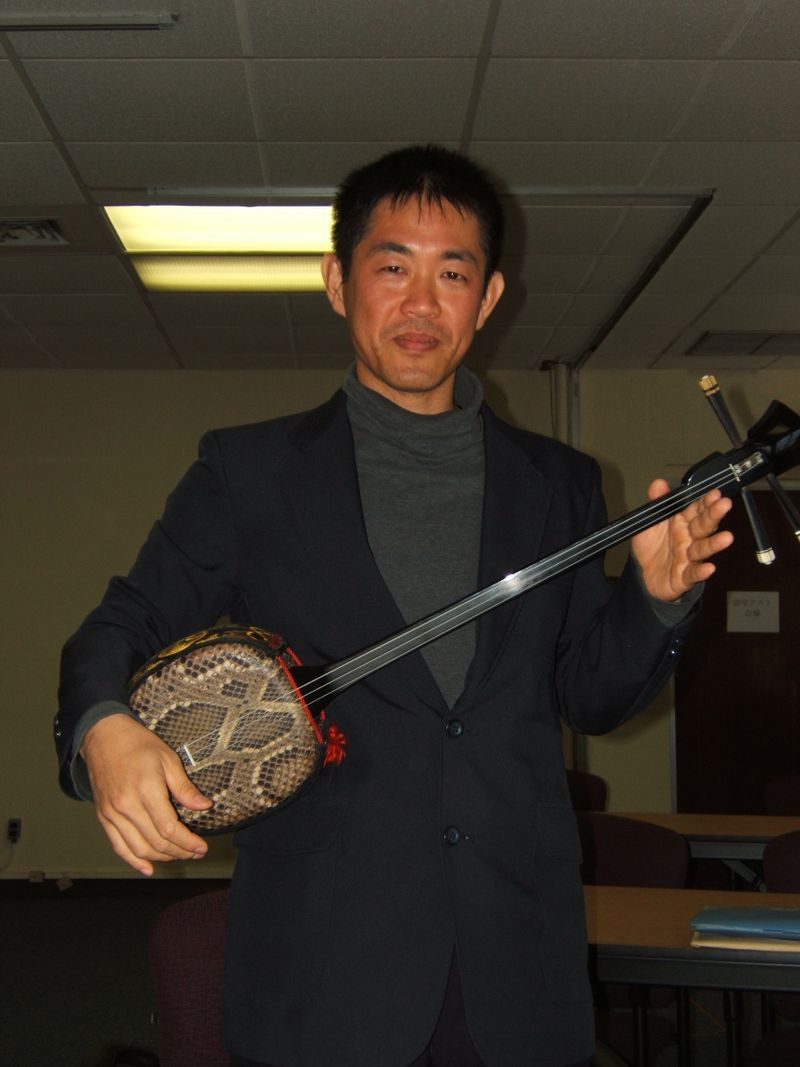 If you want a good local sunshine experience – you can buy this CD at Jusco for about 1,000 yen. The cover of the album looks just like the cover on this disc (writer frequently loses stuff, including cd cases). For a great poem about losing things, click here.

Back to the CD. I bought this on a whim, liked the design- and have quite enjoyed the music! 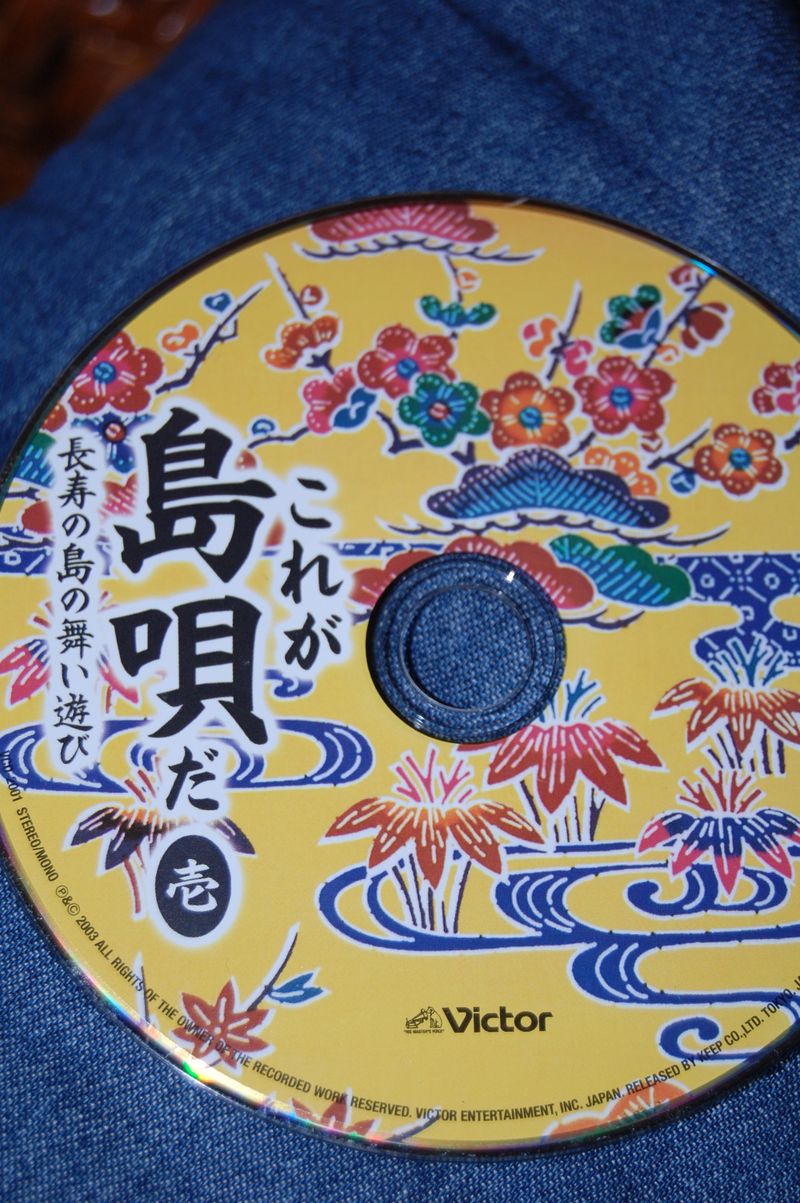