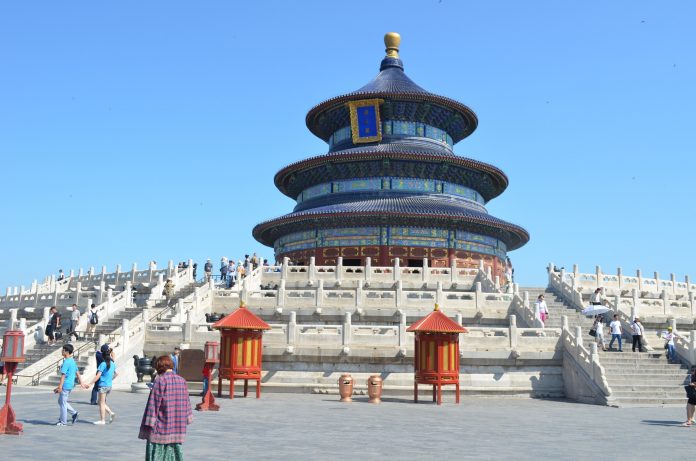 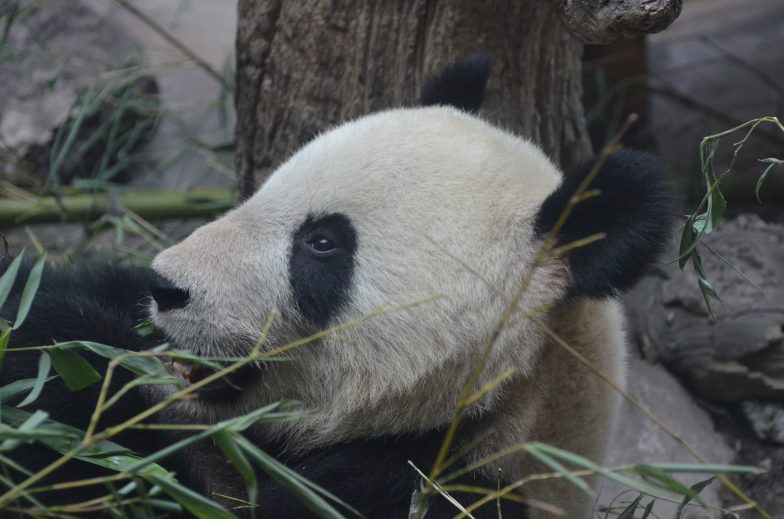 Are you interested in seeing the Great Wall of China, but you don’t want to pay the hefty Chinese visa fee? There’s a way around it! Michelle, from SemperTravel.com, is sharing the secrets of the 72-hour visa in a five-part series.

*For all of the latest details, make sure to check the embassy website.

We flew to Seoul to avoid the 72-hour visa fee. It seemed our flight was about $50 more per person to have a direct flight from OKA-Beijing, which was required to avoid the visa fee. A layover in Shanghai would have also taken a lot longer.

72-Hour No Fee Visa for China:
We flew directly into Beijing in order to utilize the “72 No Visa” option.  You can have a layover in a different country, but you cannot have a layover in China, so we could not select the cheaper flight that had a layover in Shanghai.  Another requirement is to fly to another foreign country before returning to the initial departure country, so we flew from Beijing to Seoul, South Korea!  On Orbitz, I used the “multi-city” option to fly from Okinawa to Beijing to Seoul on one reservation.

To read more about the “72 hour visa,” go here.  The airport was very careful when checking us in to make sure we met all of the requirements!

We LOVED our hotel, especially for the price!  One reason I picked it is because I knew it was located right next to a Waldorf Astoria and other expensive hotels, so that meant it must be a prime location, and it was!  It was 1 block from the main shopping/market street, department stores, malls, food courts and more.  It was only about 3 blocks to the nearest subway station (Dengshikou).  The staff was friendly, and the hotel had free wifi, a fitness center, pool, and most importantly, a free breakfast buffet.  The breakfast was not just doughnuts and bagels, it was a FULL spread of hot food, fruit, crepes, pancakes, omelets, local dishes, and more!  As for the wifi, it does work. Don’t be tricked if you can’t Google something, email (gmail) isn’t working, or Facebook won’t update. … I found out that Google (and gmail) and Facebook are often blocked by the government.  So try Yahoo or Hotmail instead.

Transportation:  The metro system is very easy to use.  From the airport, there is an airport express train that takes you into the city.  It stops at 2 main stations.  It’s only about $5.  From there, you can connect to almost anywhere!  You can also walk between many of the sights.  Ask your hotel staff for the best subway stop, and which exit to leave the subway station.  (If you leave through the wrong exit, you might have to walk back down and through to cross the street, or you might be 1-3 blocks away and have trouble finding the site you’re looking for.) 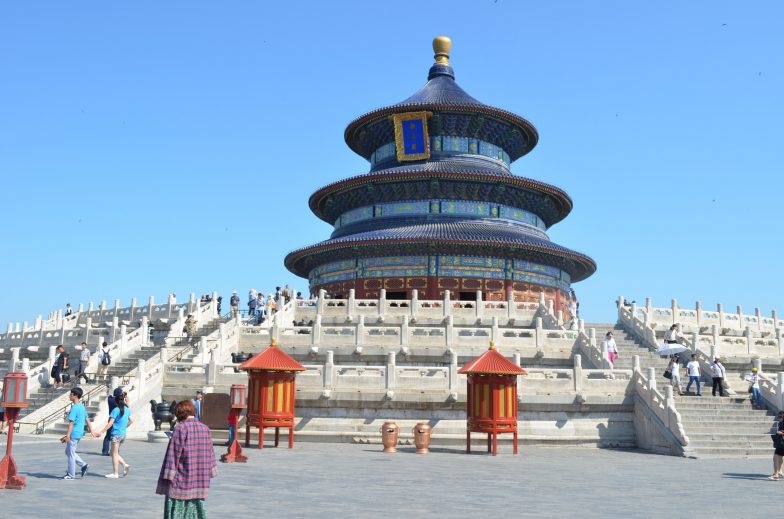 Saturday night:
We arrived a little later than expected, so we only had time to go to the night market.  Thankfully it was easy to find the airport express train and get to the hotel.  Our hotel was in a great location, right by a lot of night life and 2 night markets!  We explored the markets and enjoyed some local food.

Sunday:
Today was our day to explore all of the sights downtown, and we definitely did!  This was an intense day, we logged over 18.43 miles!  We started off with a delicious breakfast buffet at the hotel before taking the metro to the Temple of Heaven.  (We made the mistake of guessing which subway stop, and it was 1 short, so we walked an extra 1/2-1 mile.)

The Temple of Heaven is in a park full of activity.  We could have spent longer here watching all of the different groups of locals do their exercises (dancing, zumba-like dancing, tai chi, swords, whips, and more).  It was 35 RMB for entrance to the park and the inside attractions (like the actual Temple of Heaven).  We got there at 0830 and left around 1030.

If you have time, the Pearl Market is right across from the Temple of Heaven.  We skipped it since we were on a time crunch.

We headed straight to the Mausoleum of Mao Zedong because it is only open from 0800-1200 Tuesday-Sunday.  We heard there are long lines 1st thing in the morning, but when we got there around 1100 there was barely a line!  Note:  You cannot bring bags or cameras inside, so we went through 1 at a time.  There’s a bag check tent, but we didn’t trust it.  This is located within Tiananmen Square, so you can keep walking and enjoy the Forbidden City next!  (We ended up coming back to the National Museum of China on our last day.  If you want to see it and have time, it’s right across from Mao.)

By 11:30 we headed into the Forbidden City.  It was 60 RMB each and took us about an hour to walk through.  When you come out the other end, you either have to walk back around to the metro, take a bus back, or you can climb up to Jingshan Park for a great view of the Forbidden City.  (I wanted to do that, but we were so hot and tired, with many more sights to see, so we opted to walk to the closest metro.)  Note:  There are not many shops around Tiananmen Square or Forbidden City, so bring water!  They sell it inside, but it’s marked up 5x more.

Next we headed to the Summer Palace.  It’s 30 RMB each.  It’s pretty, and I liked the rocks, but if you’re really tight on time, you could skip this.

Our last stop for the day was the Beijing Zoo.  We mainly went to see the pandas!  It’s only 20 RMB each and right outside of the Beijing Zoo metro stop.  It took about 1.5 hours to walk through (at a fairly fast pace). 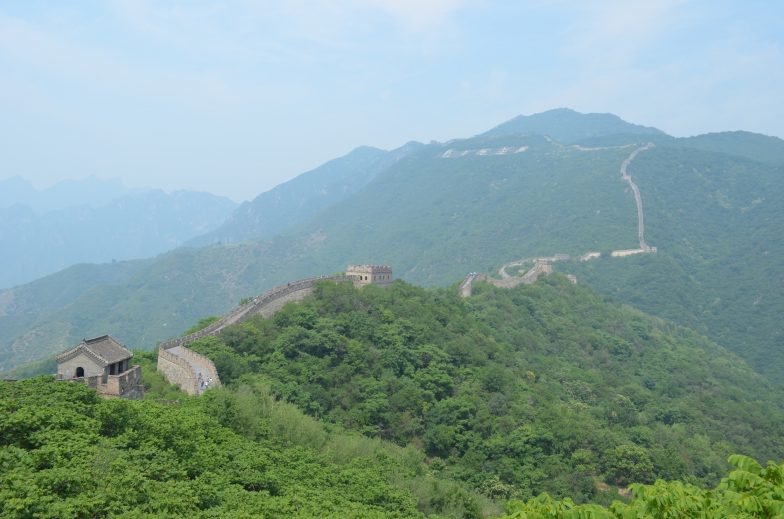 Since the Forbidden City and many other sights are closed on Monday afternoons, we opted to do our Great Wall of China tour on Monday.  It was amazing!  I used Trip Advisor to search for tour guides.  There are many options as to which section of the Great Wall to visit.  I opted for the Mutianyu section.  It is restored, very clean, but not as toursity as the Badaling section.  It is very scenic, and hilly.  Our tour guide offered to take many pictures of us; it was like having a personal photographer!  You can take a cable car up and down, or opt to take a slide down!  That was fun!  (If you want to go fast, let the people ahead of you get a good start so they don’t slow you down.  Grrr.)  It was slightly overcast, but that kept us cool.  It would definitely get hot on a completely sunny day.

When picking a tour company, ask if they stop at forced shopping locations.  Many of the group tours do.  We used Catherine Lu Tours, and our tour guide was Tracey.  Tracey, along with our driver, were excellent and we highly recommend them.  The price depends on the number of people you are traveling with.  For 2 people it was 850 RMB each.  It also included lunch at a nearby Chinese restaurant.  The food was very good.  It’s about a 1.5 hour drive from downtown Beijing.  They’ll pick you up and drop you off at your hotel.  The whole tour was about 8 hours.  Our guide walked with us for about 45 minutes explaining sections of the wall and taking our picture, and then she let us explore on our own for about 2 hours.  (It was plenty of time!) 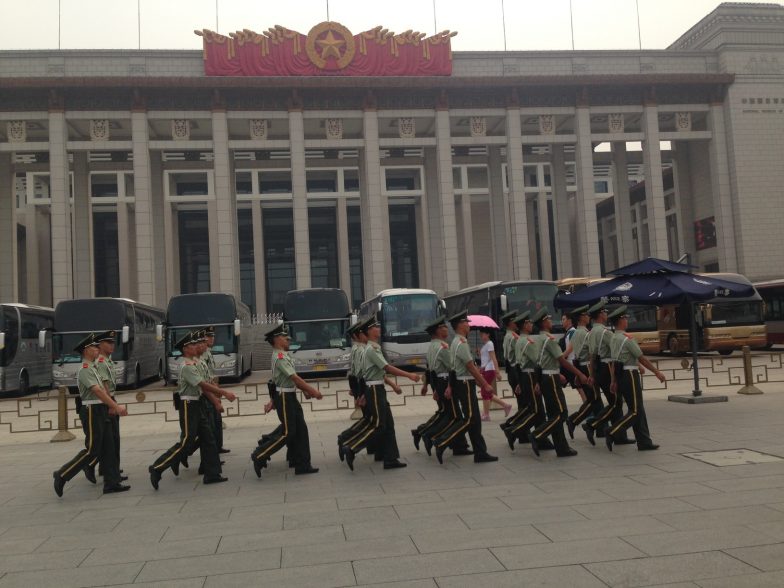 Before our flight, we headed to the war museum and the National Museum of China (both were free).  The war museum had many US, Russian, and Chinese large items (tanks, planes, etc.).  It was under renovation when we went, so I would imagine there was more.  It was free though, so nice to walk through.

The National Museum was mainly pottery and art, but the most interesting section was the modern day section (when you enter, turn hard left and go to the end of the wing).  FYI:  They do not let you bring a selfie stick inside, but there’s a bag check for 2 RMB (30 cents).  Also, you need your passport to enter!

Next up, we headed to Seoul! The flight was short and easy. I’m glad we only visited two cities during this trip. It allowed the vacation to be productive yet relaxing.

Check out www.sempertravel.com for more of our travel itineraries around Asia!