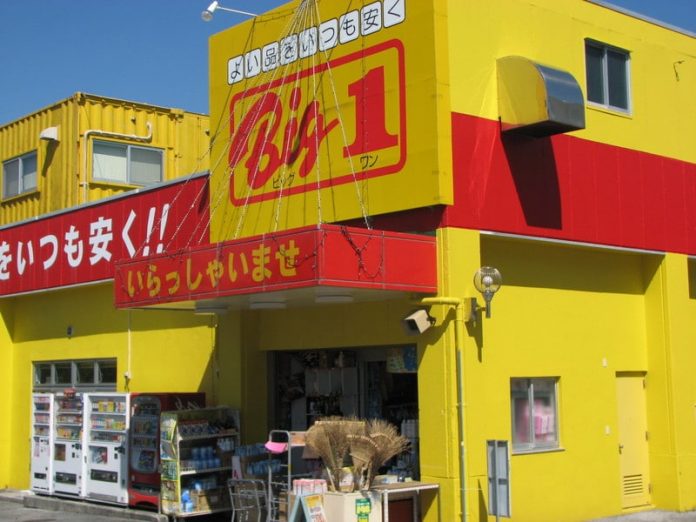 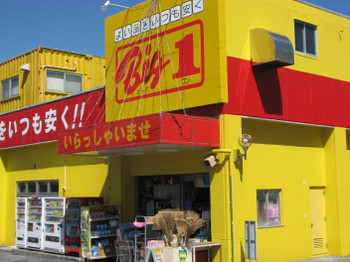 Many of you have probably seen the store “Big 1” with a yellow sign on top of its building. I have driven by the store many times, but I have never stepped inside the store until recently, a year and a half after I moved to Okinawa. The store is very crowded with variety of items like groceries, cosmetics, clothes, and electric appliances. You name it. It is like a mini version of Wal-Mart except this place is not spacious like Wal-Mart and instead it is cramped and has items from the floor to the ceiling. 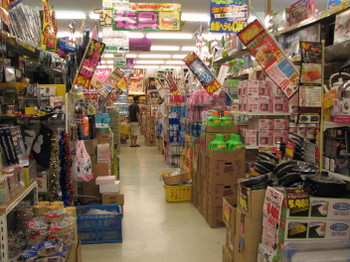 I don’t know if everything is cheap here since I have never compared the prices, but I think that some items are cheaper at a 100 yen store if you can find the item there. Electric appliances seem to be cheaper than other stores. The variety might be a little more limited compared to electric stores, but the prices are better. My friend bought a phone here and the price she paid was cheaper than other places that I saw. If you get Japanese newspaper, you can find out when Big 1 has sales by seeing the ads. It’s fun to check out this place even if you are not looking for anything particular because it is different.

Out of Kadena Gate 1, take a left onto Hwy 58 going south; take a left onto 23. Drive until you get to Kadena Gate 5, which will be on your left.  This gate is closed except for a few hours in the morning and in the afternoon for the school commuters.  You’ll take a right here onto the street that runs straight out of Gate 5.  There is a big pachinko parlor on the corner.  You’ll pass Tsutaya on your left.  Further on, you’ll see a big red apple sign for “Co-op”.  Keep going.  You’ll pass Yamauchi Middle School on your left and a little while later, you’ll see a yellow building with the “Big 1” sign on your right.  The entrance to the parking lot is after the building.