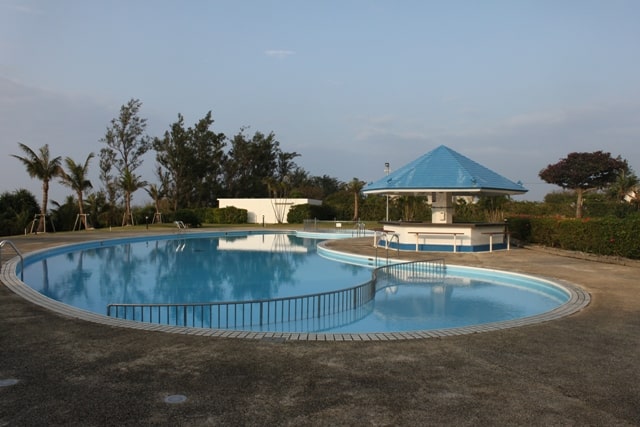 This February, my husband and I went for a Marriage Enrichment Retreat by CREDO. We have been married for three years this April and we have a one and a half year old son. On this retreat we met some great people. Fourteen couples were selected for this retreat. There is a waitlist for a few in case some couples don’t go. Child care is not provided on this retreat.

The retreats happen pretty regularly — this one was at the end of February. It was held at the YYY resort on Ie Island. We had to arrive at the CREDO building on Foster at 8 am. We boarded a bus and headed to Motobu port. From Motobu port we got on a ferry and it took about 30 minutes to IE Island.

The marriage retreat was taught by Chaplain Dan Kim. We had about five sessions over the three-day retreat. We did personality tests, the Five Love languages, intimacy and forgiveness. (It is a non religious retreat.) All of us may have come across these subjects over the years, but it was nice to revisit them. My husband and I learned a lot in little ways.

We had a fun romantic dinner the first night we were there. It was a part of the retreat. It was a sit down dinner and the food was delicious! My husband and I had the white fish. It was really good. We got some free time one afternoon. We hiked up the mountain Gusuku on IE Island. Some couples rented bikes from the resort to ride up to the mountain.

I really hope you get a chance to go on their retreat. It is always nice to have a refresher course.