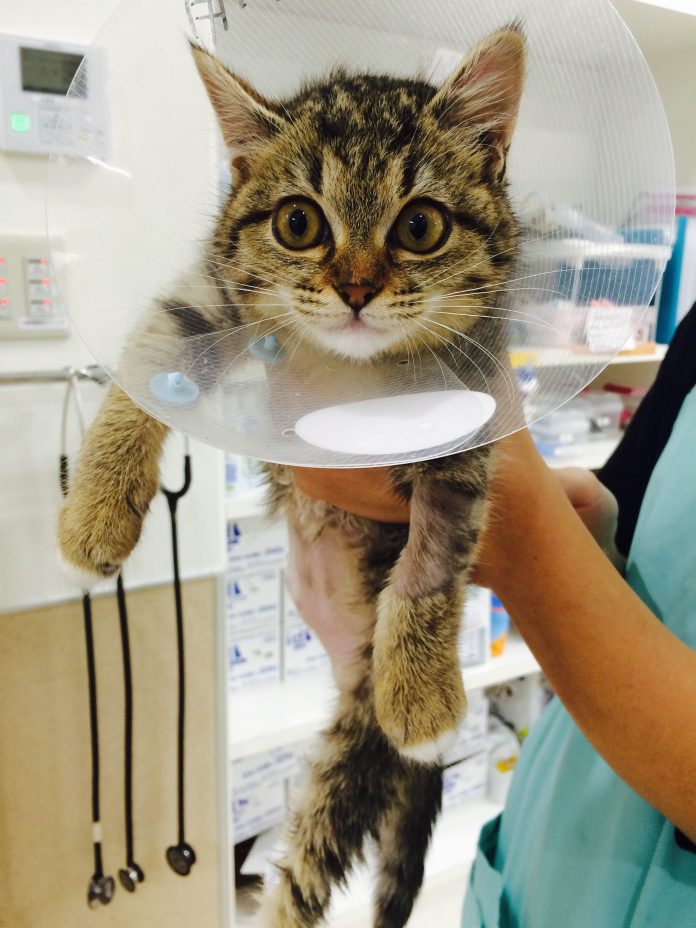 “This is what we do; we team up with people who have similar mindsets and rescue abandoned animals because we believe that every little life matters,” said the lady at the animal hospital I work at. She brought in a little kitty that was dying outside. The tiny white kitty with orange spots seemed so weak and fragile. The kitty was so immature that the veterinarians could not tell its gender. Later on, he/she was named Piper. With all the support by the veterinarians, animal technicians, and rescue team, Piper fought for his/her life bravely. Even though Piper did not survive, it was astonishing how all people involved – veterinarians, animal technicians, rescue team, and other people who financially supported Piper’s medical treatment – came together in hope of Piper’s recovery. 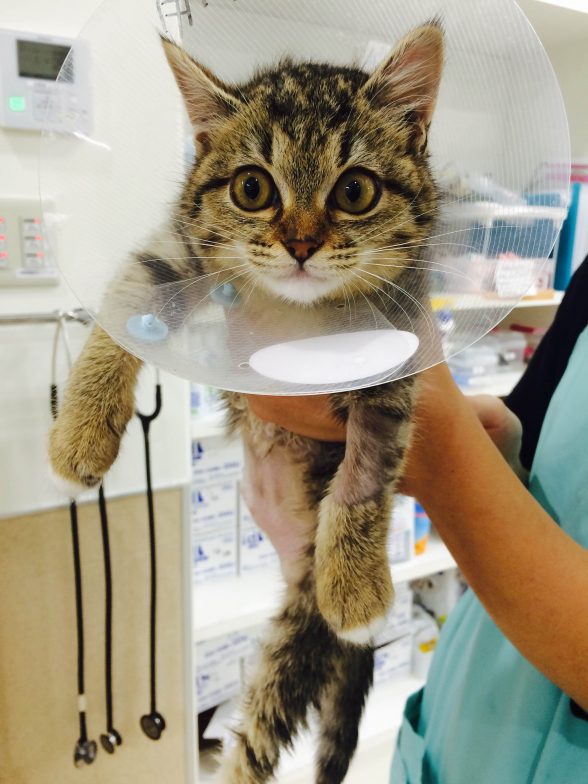 Recently, I experienced how wonderful the network for rescued animals here in Okinawa. I work as a bilingual medical desk at an animal hospital. For unexpected reasons, I decided to take in this stray miniature dachshund who was strolling on the street by himself. I knew I could not keep the dog long term, but I wanted to try finding his owner or at least a foster family. With his big eyes open, he looked both lost and excited. I was also excited because it was my first time to actually be responsible for a dog; I have only had cats. “This is going to be interesting,” I told the animal technicians and the veterinarians.

It was fun in the car because dogs have such personalities. It felt like I was driving with a little person. I even gave the dog a temporary name – Coconut Rum. I could tell that he was curious and looking forward to the place he was being taken to.

I have no clue why I thought it was going to be easy. The real struggle started when I got to my apartment. My apartment was a mess from my two cats battling each other throughout the day; the garbage can was flipped, and somehow pieces of toilet papers were scattered throughout the living room floor. As I put my palms against my face, Coconut Rum ran into the living room scaring away the cats. Both of my cats’ fur stood up for this vicious intruder into “their” home, and this was just the beginning. Numerous cat punches and attack attempts were made by my cats while the new dog was daring himself to explore this new place. It was impossible to catch my cats all tensed and feisty, and Coconut Rum’s adventurous and ambitious spirit did not help either.

This is not working out as I thought; I grabbed my phone and contacted a lady who is familiar with animal rescue teams in Okinawa. I already had contacted the police office, city hall, and animal shelters. I also made posts looking for the owner on numerous websites both in Japanese and English. Who would help me? I felt hopeless and lost; nobody was looking for a miniature dachshund that fit Coconut Rum, and it is such a commitment to keep a dog even temporarily.

This lady I contacted worked a miracle. She made countless posts on Facebook. Within an hour, I had more than four people who were interested in fostering the dog and one family who wanted to take him in if the owner did not claim him. I was astonished by how amazing the animal rescue network is in Okinawa. There were Japanese locals who responded to my posts and told me that they would also try to find the owner as well. The sense of the community was there; people were there to help this poor lost Coconut Rum. They responded to my help and made actions because just like the lady told me, they believe that every little life matters. The next day, Coconut Rum was given to a loving family. How quickly everything proceeded and how so many people were involved in the process was unbelievable.

The companionship between people and dogs has no cultural boundaries. Members of the animal rescue team come together to help animals in unfortunate circumstances – whether they are Japanese or Americans. In Okinawa, there is a great network for animal rescue that you can rely on when you need help. Even though this island has people with multiple cultural backgrounds, the heart that cares for every little animal is the same. Okinawa ranks the fourth prefecture in the number of killing abandoned dogs and cats in Japan. I hope that we can work together to make the island happier place for both animals and people and decrease the number of killed animals each year. 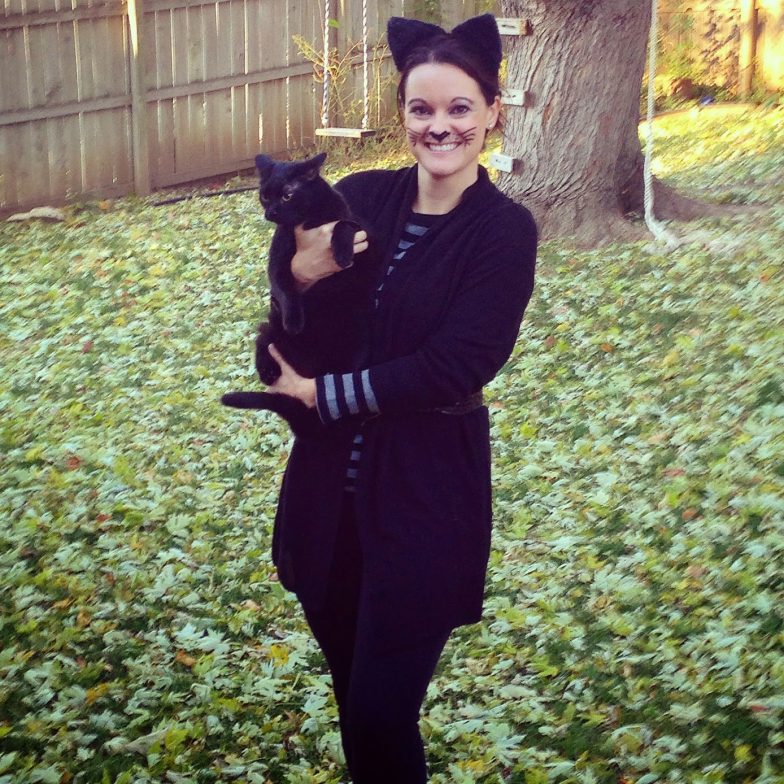 Your Okinawa Hai Content Editor with her own Sunabe seawall rescue kitty, Wasabi. Adopted via OAARS in 2009, he’s lived on Kadena AB, and stateside in Colorado, Nebraska, and now North Carolina. He is clearly not a fan of his mom dressing up like him for Halloween, but… Crazy Cat Lady gonna Craze.

If you’re looking to add a four-legged furbaby to your family, consider adopting an Okinawa rescue before heading to the pet store. Not only will you save money, you’ll also help save a life.

If you know of other Okinawa-based animal rescue/pet adoption agencies, please leave their name and link in the comments!