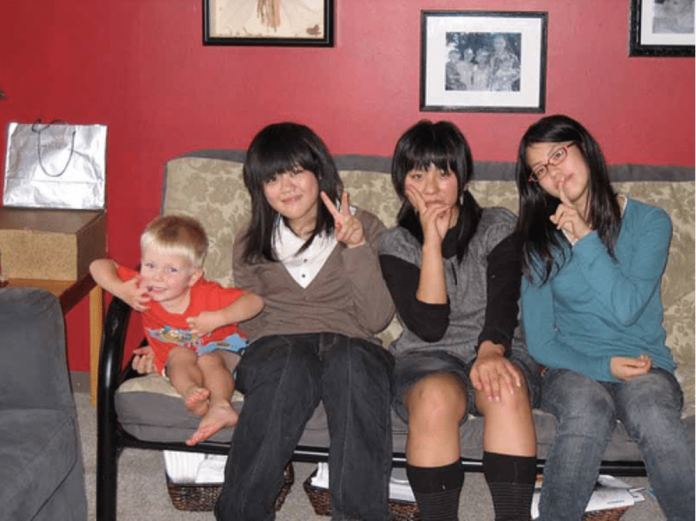 One of our Okinawa hobbies is hosting students for a company called “Friends Abroad”.  Basically, they organize groups who come to Okinawa from the mainland for 3-4 day trips.  On one of the days, students have the opportunity to have an “American Experience”.  We play the role of “culture teachers”, pick them up in the morning around 9:00, give them an American experience and return them around 4 or 5.  My kids really enjoy participating in the program and all the attention they get from the groups (usually 3 students at a time) of Japanese teenagers.  We generally show them some airplanes, take a picnic lunch to a beach and make cookies at my house while my little one naps.  The company even pays us for our time and effort (we are to provide their lunch and other activities we choose . . .bowling?).  For us, it’s a fun little part time job for a couple days a month.