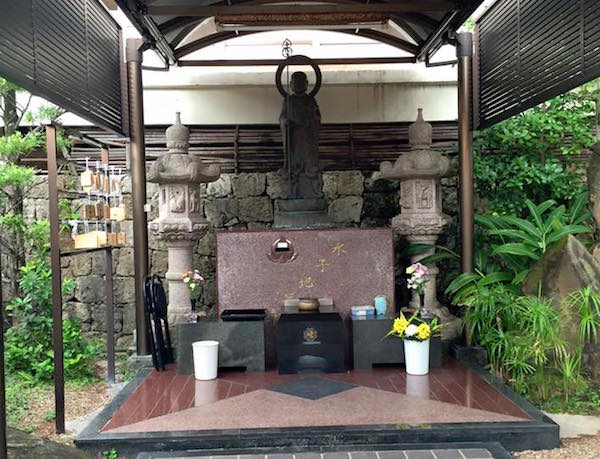 Have you had a chance to visit the beautiful Naminoue-gu shrine yet? If you are planning a visit, I’d like to draw your attention to its Buddhist cousin, Gokoku-ji temple. 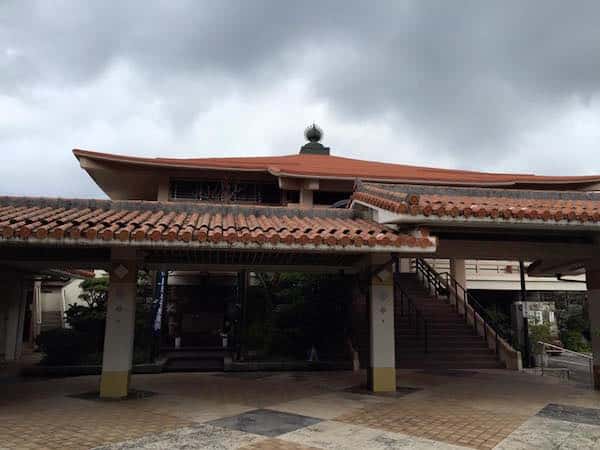 Situated right next to the first torii (gate) of Naminoue, sits Gokoku-ji temple. It may get overlooked, due to its simplicity in comparison to its opulent Shinto neighbor. However, please spare it a slice of your time, as it’s a beautiful, interesting place. Let’s start with a quick history lesson, shall we? 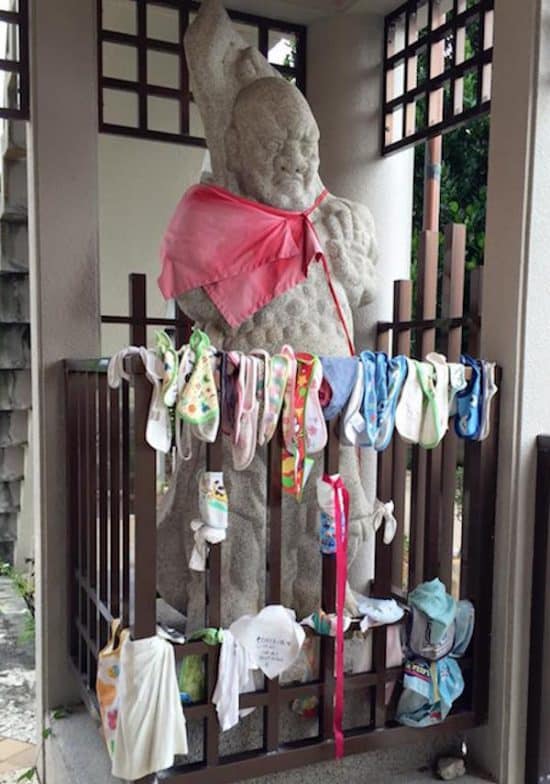 Gokoku-ji (meaning “protection of the nation temple”) was founded in 1367 and was a major national temple for the Okinawan Kingdom of Chuzu and the Unified Ryukyu Kingdom respectively. A monk from the satsuma province by the name of Raiju was its founder. He had the patronage of the royal government of Chuzan, and it was established as a companion to Shintoism’s Naminoue-gu. 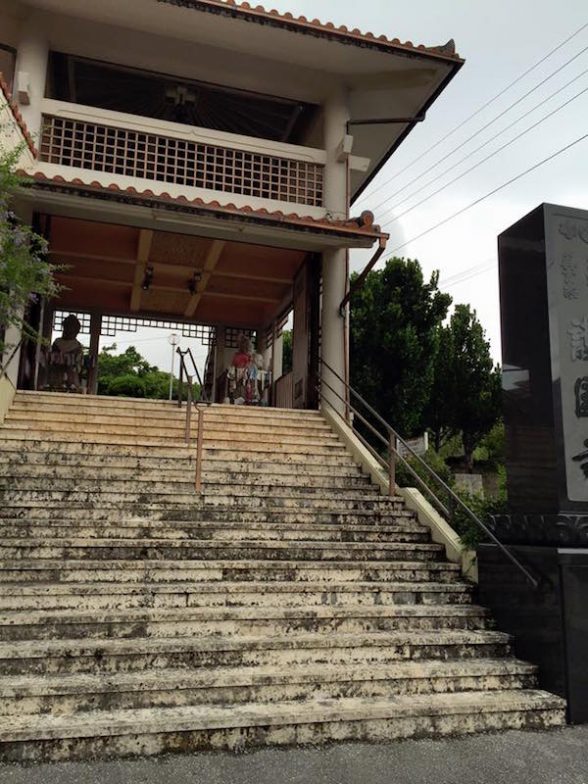 In 1846, the temple was commandeered by British Christian missionary and doctor Bernard Jean Bettelheim, who took occupation for 7 years, driving off its rightful Buddhist occupants and worshippers. When HMS Starling docked port in Naha, the port master protested Bettleheim’s plan to disembark, a wish the captain intended to honor. Unfortunately, Bettelheim made his way ashore anyway and was offered shelter at nearby Gokoku-ji. He rewarded this kindness by kicking out its occupants, and boarded up the temple, throwing away much of the paraphernalia there, referring to it as “heathen furniture of the idolatry”.

He was soon deemed a nuisance, and the Ryukyuan royal government dispatched guards to watch over the temple and observe his movements throughout the area.

When American Commodore Perry arrived on Okinawa’s shores, Bettleheim acted as his intermediary and translator for a time, objecting strongly (but to little effect) to the Commodore’s establishment of a base within the temple grounds, which included a fenced off area for grazing cattle. When the Commodore departed from his second visit to Okinawa a year later (he had departed and returned in the interim), he was offered a gift.

Although this gift was originally a bell from Shuri-jo, which was found to be imperfect. Instead, a bell from Gokoku-ji was offered. Despite being forged in 1456 and with a strong tie to the temple, it had become part of the Bethlehem residence. Desecrated along with so much else, the government wasn’t too upset to part with it. (The bell ended up at the U.S Naval academy in Annapolis, where it resided until its return to Japan in 1987). Eventually, Bettleheim left with Perry, finally restoring the temple back to its rightful overseers. 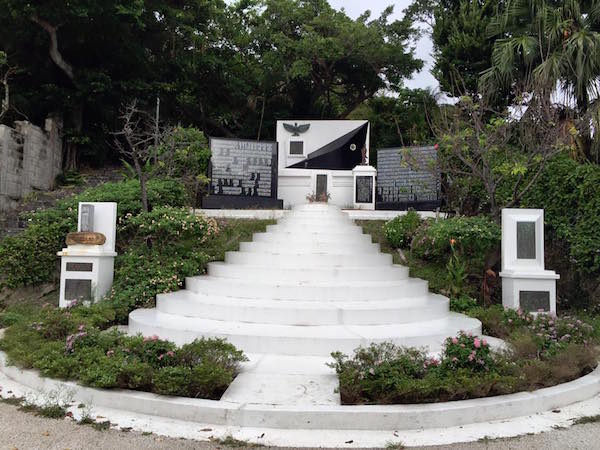 In 1871, a Ryukyuan ship was blown off course in a storm, landing on the shores of Taiwan. A conflict with Taiwan aborigines ensued, resulting in the death of a number of Okinawans. This blew up into an international issue due to the disagreement between Japan and China over sovereignty of both Taiwan and Okinawa and thus over whether restitution was due to Japan from China. It’s said the remains of the Okinawans killed were gathered up and laid to rest in the grounds of Gokoku-ji. 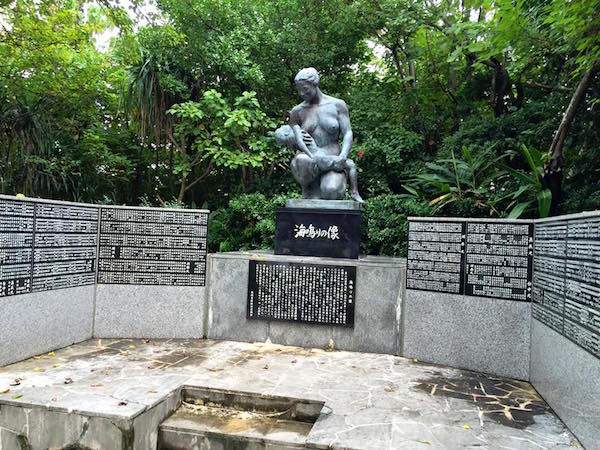 As a result of bombing raids conducted during the second World War, the original structure of Gokoku-ji (and Naminoue-gu) was completely destroyed. However, it was rebuilt shortly thereafter.

A stone monument that was erected in 1926 in memoriam to Dr. Bettleheim also remains and was restored when reconstruction work was carried out. 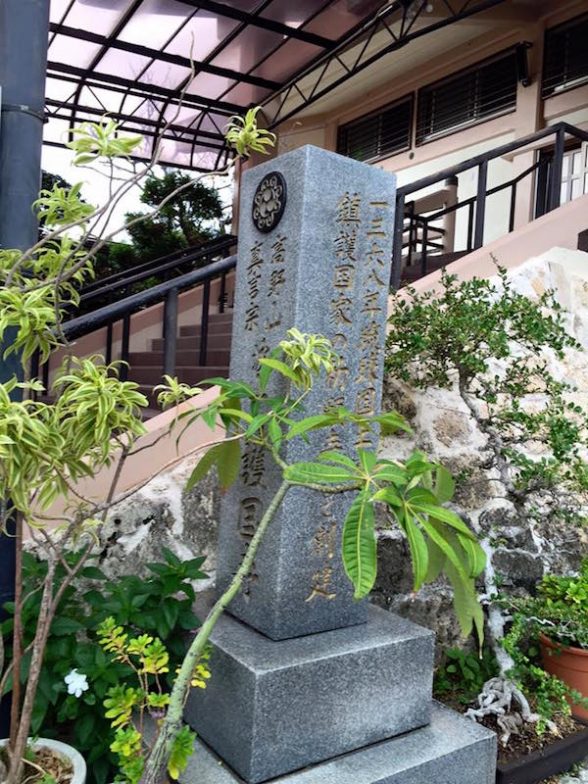 As with many temples and shrines, it is a place of peace and reflection. Meanwhile within its modest grounds sits the main hall, entered from the Naminoue-gu side via a flight of stairs. At the top, two Buddhist statues, often adorned with baby clothing, greet you. Furthermore, walk through into the usually quiet courtyard, and you’ll find the main hall up a further flight of stairs. On the same level, there is a war memorial to be seen, as well as the Bettleheim stone. From here you can access a multilevel park, home to a few unique statues and monuments. Also well worth a look.