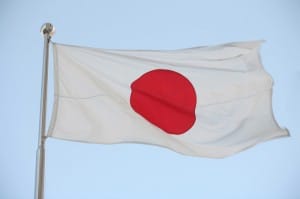 “Kimigayo,” (君が代) the Japanese National Anthem, is a song almost all of us hear daily. At military events and at the end of the day, the “Star Spangled Banner” follows “Kimigayo.” I remember the first time I heard it here on Okinawa. I’m sure I had heard it played before, but now it had special significance since I was living in the land of the rising sun. But instead of being impressed I was underwhelmed. The far-flung speakers on base broadcasted a melody that didn’t excite my western ears. My first reaction, “Well, that is not catchy.”

Contrast that with my reaction over two years later. I was at a military event with enough pageantry, tradition, and flying flags to mark it as special. On the stage were both the flags of the United States and Japan. The honor guard marched forth with both flags billowing, the national anthems were beautifully sung, and I realized that I now know the melody. It turns out it is catchy. Not in the same way as a jingle that gets stuck in your head, but deeper. I could anticipate the swells and falls of the music like riding a small boat on the waves.

You probably know about Francis Scott Key watching Fort McHenry “by dawn’s early light” to “see if the flag was still there.” But what do you know about the Japanese National Anthem?

Waka poems are non-rhyming with set amounts of syllables in each line, similar to haiku. In hiragana and Romaji:

May your reign
Continue for a thousand, eight thousand generations,
Until the pebbles
Grow into boulders
Lush with moss
Not too far off from “Long live the king” when you think about it.

Those 32 syllables combine for 11 measures of music, making “Kimigayo” one of the shortest national anthems. In contrast, “The Star Spangled Banner” has 17 measures; the longest national anthem belongs to Uruguay with 105 measures.

Like most poems, the original was spoken, not sung. In 1869 a visiting British military bandleader, John William Fenton, inquired about the Japanese National Anthem and learned there was none. He suggested to a Japanese officer that one be selected and he chose the popular poem. This left Fenton to create a melody, and in less than three weeks perform it for the emperor. One problem: it wasn’t very good! It “lacked solemnity” and ten years later two Japanese composers created a new melody, based on a more imperial setting. This is the melody we hear today.

“Kimigayo” has met some resistance in modern Japan. Some people feel that the emperor’s reign has little to do with the democratic State of Japan. The kimi of “Kimigayo” refers to one’s lord, master or, in this case, emperor. In defense of keeping the traditional song, heads of state have made the argument that kimi is a symbol for the State of Japan and the overarching wish is for the country and its people to live in prosperity. Over the last decade there has been an on-going controversy surrounding the singing of “Kimigayo” in the Japanese public schools.

Finally, what about those pebbles, sazare-ishi, that turn into moss-covered boulders? Usually over time, boulders are eroded into something smaller instead of the other way around. The answer is conglomerate rocks, those made out of smaller stones forged together. These rocks, honored in the Shinto beliefs, make a nice metaphor for a nation of people working together.

Have you found yourself humming along with “Kimigayo?” Perhaps, now that you know a little more, you will think of the song a little differently the next time you hear it.